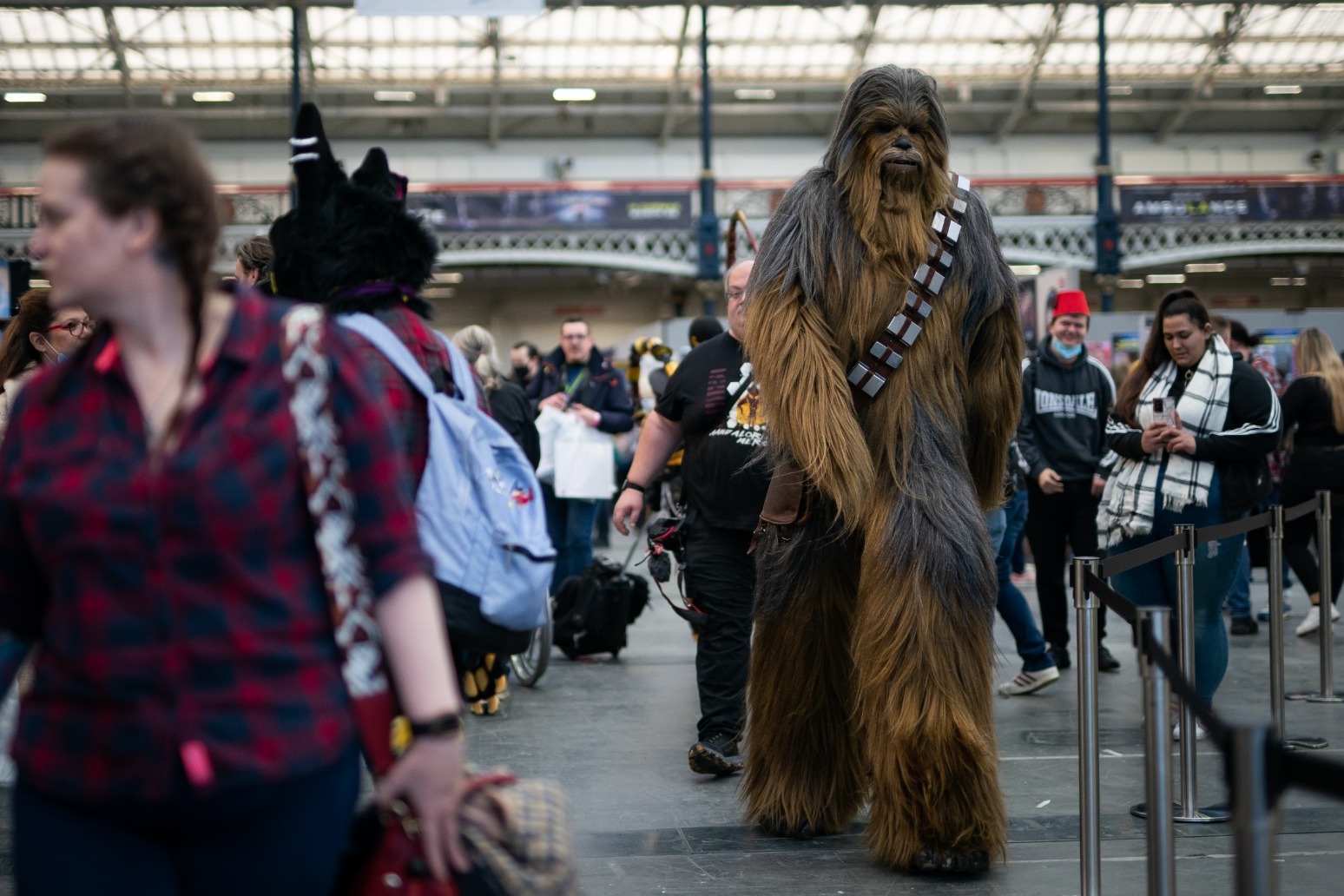 A full-scale starship formed the centre-piece of an exclusive exhibition at Disney’s Star Wars Celebration, which featured props, costumes and animatronics featured in several of the franchise’s spinoffs.

Items and apparel used by characters in The Book of Boba Fett and The Mandalorian were on display, some of which are to be used again for upcoming series.

At the centre of the exhibition was a life-size N1 Naboo Starfighter with a small animatronic of Grogu (also known by fans as Baby Yoda) waving from inside.

Other moving models included a large Bantha, which was accompanied by a horde of Tusken Raiders set against the background of their desert camp.

Costumes from Imperial Stormtroopers, Mandalorians, Boba Fett, Fennec Shand, and a host of other bounty hunters and characters from both series were on display.

Walls were covered with concept art from the Mandalorian, and miniature spaceships and back-drops, which were scanned to create backdrops for filming were also on show.

The Mandalorian Experience is open for four days at the Anaheim Convention Centre, in California, and available only to attendees of the event.

Scores of fans, some dressed in elaborate cosplay costumes, joined lengthy queues for the exhibition.

The installation was announced by Mandalorian co-creator Jon Favreau on the opening day of the convention, following the showing of a new trailer for season three of the series.

The short clip showed the eponymous character and Grogu reunited and travelling to Mandalore to be “forgiven for my transgressions”.

The series will premiere in February of next year Favreau said, and he apologised to fans, saying “over the last few years it’s been rough” for Disney.