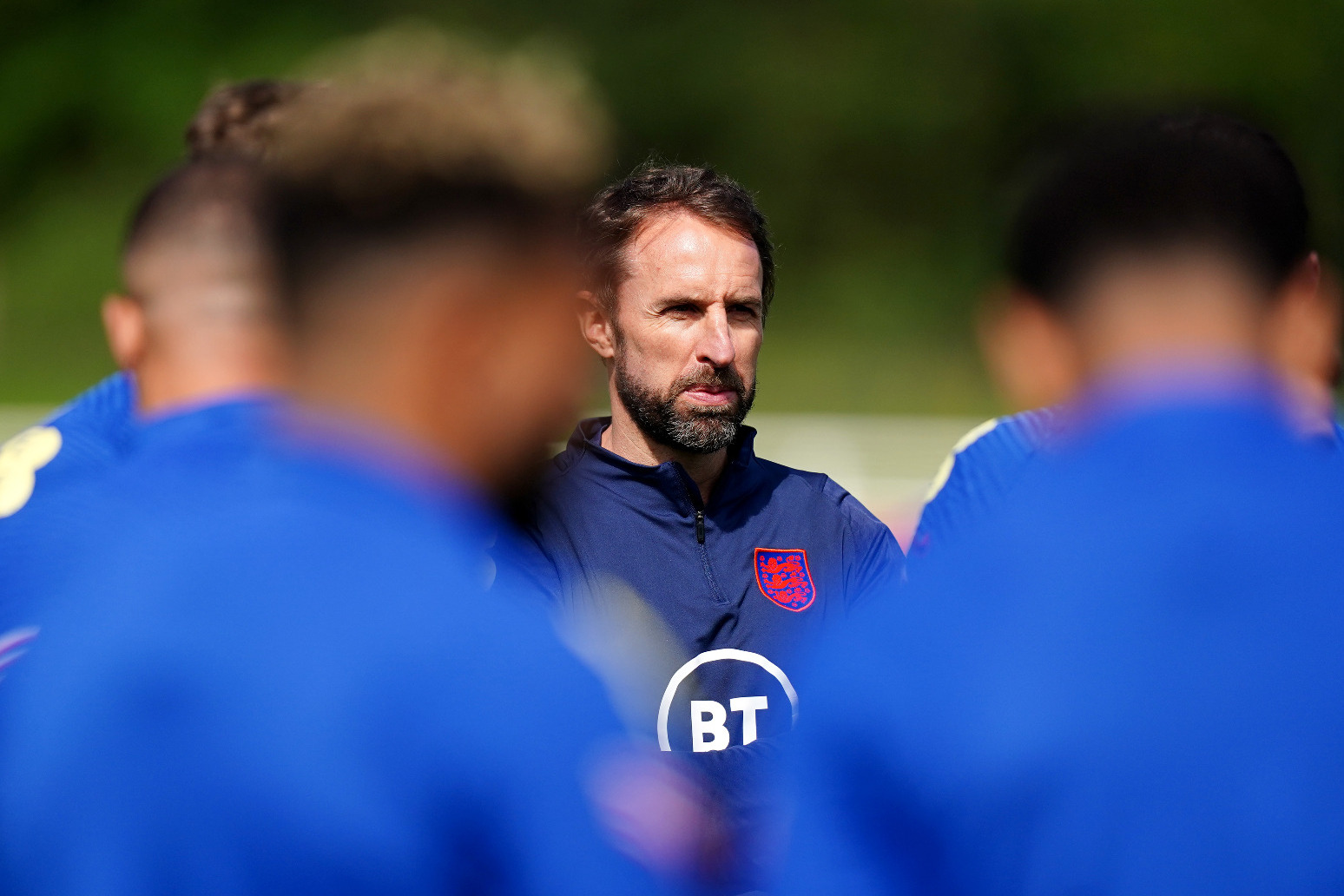 There are expected to be in excess of 35,000 supporters at the Puskas Arena for the Group A3 opener, despite Hungary being hit with UEFA sanctions

Gareth Southgate admits he is “surprised” by the number of Hungary fans who will be in attendance for England’s behind-closed-doors Nations League clash in Budapest.

There are expected to be in excess of 35,000 supporters at the Puskas Arena for the Group A3 opener, despite Hungary being hit with UEFA sanctions.

The Three Lions travel to the Hungarian capital for the first time since their 4-0 World Cup qualifying win last September, which was marred by racist chanting from home supporters – landing the Hungarian Football Federation a two-match stadium ban from FIFA.

UEFA has also ordered Hungary to play three games in empty stadiums, the third of which has been suspended, following the behaviour of fans during Euro 2020.

One of those UEFA bans comes against England this weekend but the PA news agency understands the fixture will now be played in front of a half-full stadium as Hungary make the most of the UEFA regulations on behind-closed-doors fixtures.

Although article 73 of UEFA’s disciplinary regulations caps the number of VIP guests, team delegations, UEFA staff and those holding complimentary tickets, there is no limit on the number of school children invited to the match free of charge – with one adult accompanying every 10 children.

The Football Association are implementing a similar programme for their own behind-closed-doors game against Italy at Molineux next week, but have limited the numbers to around 3,000 children from local, England Football-accredited under-14 teams.

“I think we are all surprised,” Southgate said of the expected attendance figure.

“But we are inviting children into our stadium so I wasn’t really clear on the rules of any of it at the start of all of this. I don’t know what the figure should be or shouldn’t be.

“Other people have got to deal with that. We’ve got to make sure that we are consistent in our beliefs, the stand we take as a team, the fact that we are united on it being unacceptable and it is for other people to administer sanctions.

“Once we are administering sanctions, it has gone too far anyway. The key is education. The young people in the stadium hopefully pick that message up tomorrow.”

England’s stadium ban, which also came with a suspended second game, was handed down after the behaviour of supporters ahead of the Euro 2020 final defeat to Italy at Wembley last summer.

Asked if the sanctions need to be tighter, Southgate replied: “It is difficult to know what that line should be because I know we could talk about fines and what would seem like a small fine in our country would be a huge punishment for others.

“We have got a game behind closed doors which costs us millions of pounds of revenue which could go into grassroots football.

“So the reality is that with all these things, the people who are being punished are the players and the supporters who behave themselves and not the people that cause the problem.

“It is of course very difficult to find a way of not doing that but it is complicated when you get into the details of sanctions I think.”

Someone who will be absent from the Puskas Arena is Phil Foden, with Southgate revealing the Manchester City forward was ruled out having tested positive for coronavirus, while defenders Marc Guehi and Fikayo Tomori also miss out.

“Fikayo and Marc Guehi both arrived with injuries but are progressing well, they won’t be involved in tomorrow’s game,” he added.

“There is a chance for involvement against Germany but should be fine from there on.

“Phil Foden unfortunately has tested positive for Covid, he has had to leave. Hopefully he will be able to meet up when we get back after Germany.

“Raheem (Sterling) has missed a couple of days training with illness, we have to assess if he can be involved tomorrow.”