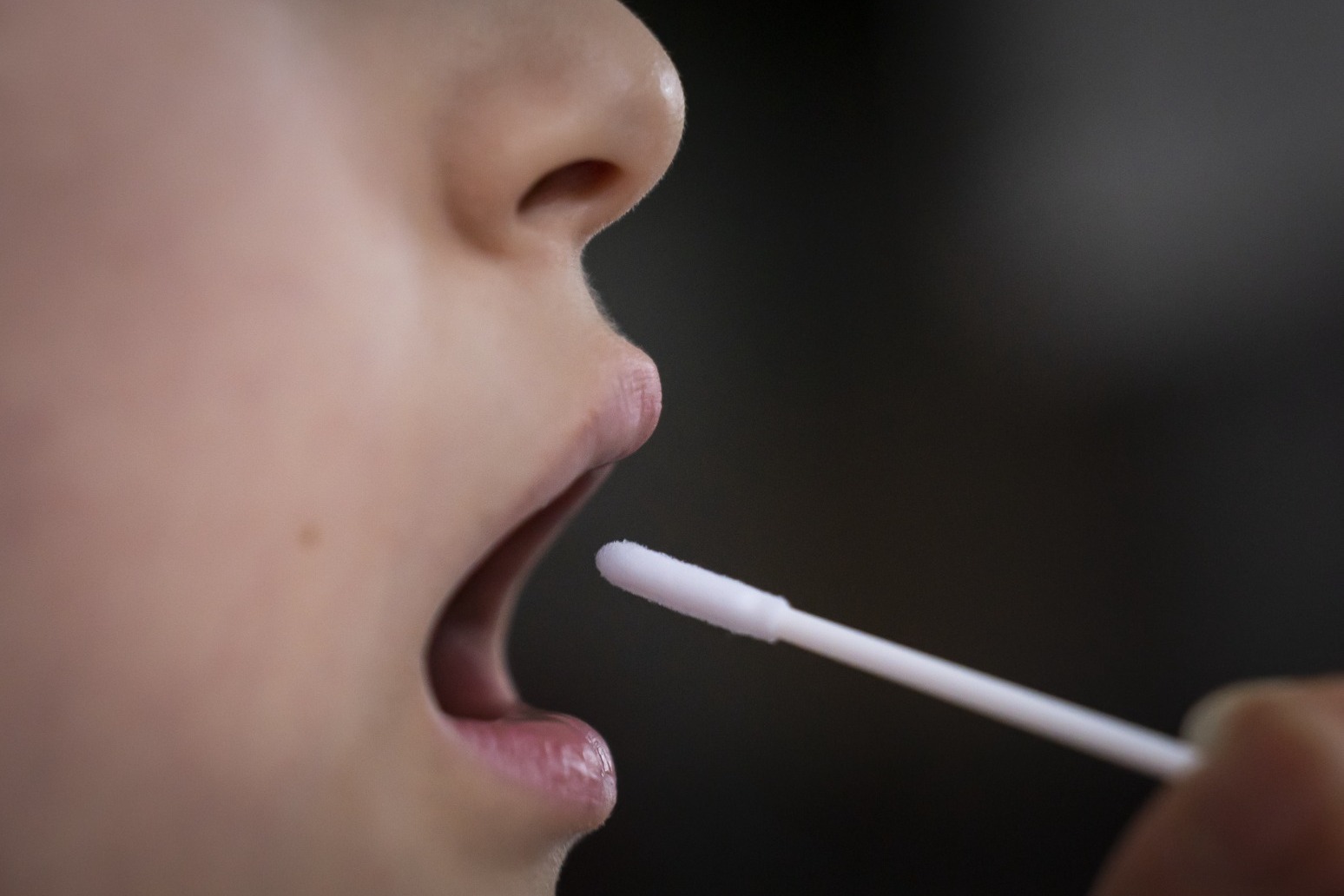 The Government appeared to backtrack on its suggestion that travellers from China will not be screened for Covid after critics including two former health ministers called for testing to be introduced.

Defence Secretary Ben Wallace said on Thursday that the possibility of imposing restrictions on visitors from the East Asian country was “under review”.

It comes after former health ministers Lord Bethell and Steve Brine were among those to place pressure on the Government following its assertion that there were “no plans” to introduce tests for China arrivals.

Asked about the Government’s position during a visit to military personnel covering for Border Force officials at Manchester Airport, Mr Wallace replied: “The Government is looking at that, it’s under review. We noticed obviously what the United States has done and India and I think Italy has looked at it.

“We keep under review all the time, obviously, health threats to the United Kingdom, wherever they may be.

“I think the Department of Transport will take medical advice, talk to the Department of Health and they’ll come to some decisions depending on what we see coming out of China, but at the moment it’s under review.”

Health minister Will Quince later reiterated the same, adding the “key threat” will be whether there is any new Covid variant from China and “there’s no evidence at this point” of one.

He told broadcasters: “The Secretary of State for Health and Social Care (Steve Barclay) met with the chief executive of the UK Health Security Agency and the chief medical officer this morning, so it’s being taken incredibly seriously by the Government.”

The comments come after Lord Bethell, who was in post during the pandemic, urged ministers to rethink their policy and follow the “sensible” approach of Italy by screening travellers for the virus on arrival.

“What the Italians are doing is post-flight surveillance of arrivals in Italy in order to understand whether there are any emerging variants and … the impact of the virus on the Italian health system,” he told BBC Radio 4’s Today programme.

“That is a sensible thing to do and something the British Government should be seriously looking at.”

He added: “You’ve got to appreciate that a lot of people who get on these flights, we know from experience, will be people who are poorly themselves and are coming to the West for medical help.

“That is quite a daunting prospect for our healthcare system and it’s important that we know which of them have got the virus and what kind of virus they’ve got.”

Meanwhile, former Tory minister Steve Brine echoed Lord Bethell’s concerns, warning that the NHS would not be able to cope if travellers from China brought over a new variant.

“Now, let’s just say that lots and lots of Chinese nationals want to come and visit this country with a poor vaccine, they end up getting sick. And then the NHS has frankly got enough on its plate right now without any emergency admissions, which it would of course have to deal with,” he told Times Radio.

The MP for Winchester added that it was likely the Government would change its position on the protocol “over the course of the afternoon”.

He said: “I’m surprised that the initial line that they put out was this. I don’t think it’s gone down well with many members of the public or constituents this morning. Given what’s happened, I think we have every right to over not underreact.

“So I suspect that there are robust conversations going on within government and the UK Health Security Agency, as we speak. I will be surprised if the government line is the same at teatime as it is at lunchtime.

“Public confidence is such that we know the lesson of two years ago was that time is of the essence … the public are a bit bemused that we are in this place, seemingly not having learned.”

It comes after the US joined Italy, India, Taiwan, South Korea, Malaysia and Japan in announcing new measures after the abrupt end of Beijing’s zero-Covid policy sparked a surge in cases.

However, a Government spokesman said: “There are no plans to reintroduce Covid-19 testing or additional requirements for arrivals into the UK.”

In a statement explaining the restrictions, the US Centres for Disease Control and Prevention (CDC) cited the surge in infections and what it said was a lack of adequate and transparent information from China, including genomic sequencing on the viral strains circulating in the country.

Italy is so far the only country in Europe and EU member state to have set the new Covid rules.

According to the BBC, the European Commission said its health security committee will convene on Thursday to discuss “possible measures for a co-ordinated EU approach” to China’s Covid situation.