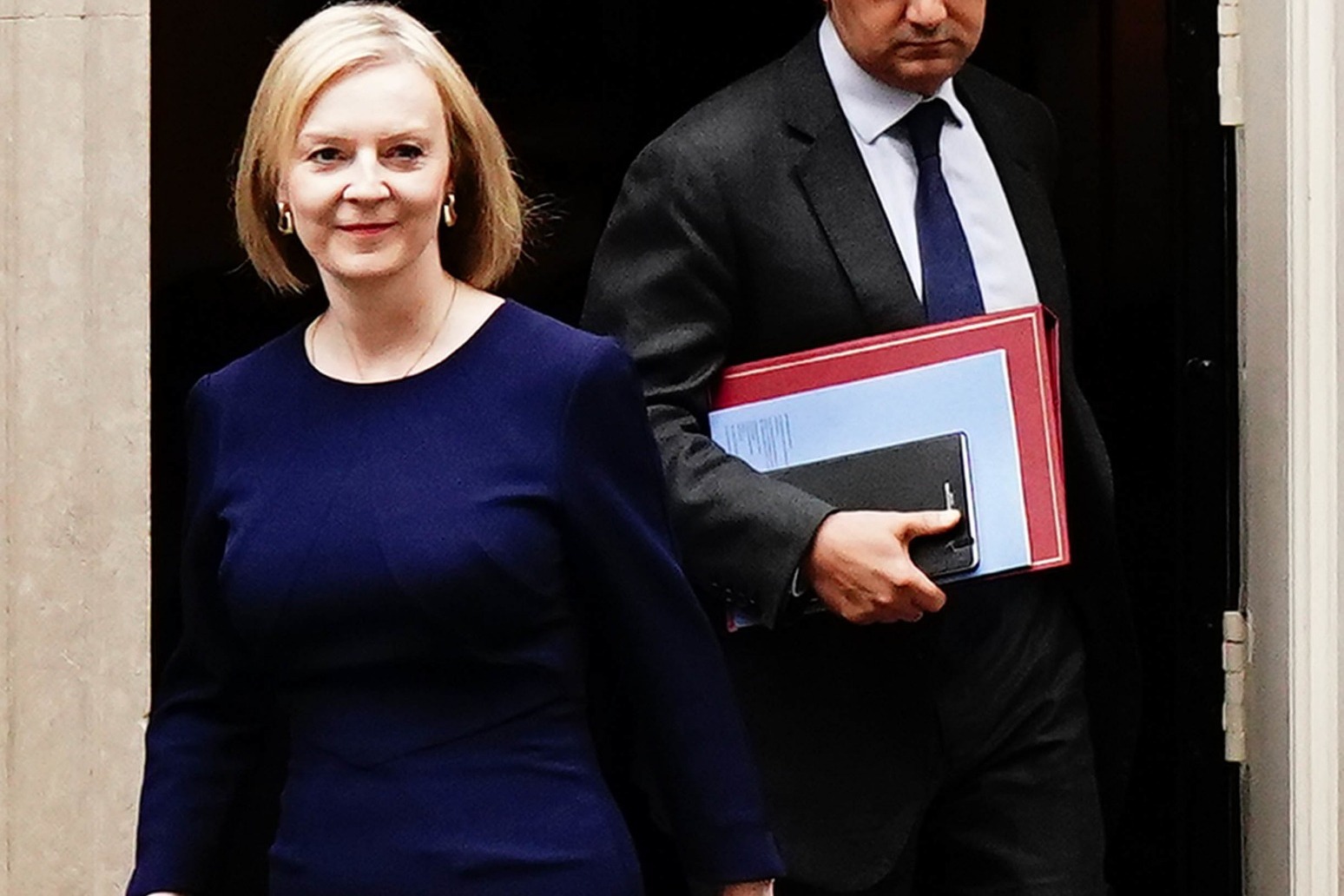 The Government is not concerned about the “politics of envy”, a Treasury minister said as its raft of tax cuts came under fire for disproportionately benefiting the rich.

Labour accused Prime Minister Liz Truss and Chancellor Kwasi Kwarteng of gambling with people’s finances in “casino economics” and said their “trickle-down” approach will leave the next generation worse off.

Using more than £70 billion of increased borrowing, Mr Kwarteng on Friday unveiled the biggest programme of tax cuts for 50 years, including abolishing the top rate of income tax for the highest earners.

The Resolution Foundation think tank said Mr Kwarteng’s package will do nothing to stop more than two million people falling below the poverty line.

Analysis of the mini-budget by Resolution Foundation said “only the very richest households in Britain” will see their incomes grow as a result of the tax cuts.

The wealthiest 5% will see their incomes grow by 2% next year (2023/24), while the other 95% of the population will get poorer as the cost-of-living crisis continues.

The Institute of Fiscal Studies (IFS) said only those with incomes of over £155,000 will be net beneficiaries of tax policies announced by the Conservatives over the current Parliament, with the “vast majority of income tax payers paying more tax”.

IFS director Paul Johnson told BBC Breakfast on Saturday: “If you’ve got less than about £150,000 a year coming in, if you’re part of the 99% with less than £150,000 coming in, then you’re still going to be worse off as a result of tax changes coming in over the next two or three years.”

But Chief Secretary to the Treasury Chris Philp insisted slashing taxes for high and low earners will drive growth.

He told Times Radio: “We’re going to do what’s right. We’re going to get growth delivered. And we’re not going to sort of worry about the politics of envy, or the optics of it.”

Labour leader Sir Keir Starmer, who will seek to capitalise on the unpopularity of the Government’s new measures at his party’s annual conference, tweeted: “Tory casino economics is gambling the mortgages and finances of every family in the country.”

His deputy Angela Rayner told BBC Breakfast: “We’ve seen trickle-down economics before. It doesn’t work. We don’t believe it’ll stimulate the economy. And, you know, I think it will make the next generation worse off.”

Ms Rayner said it is the top 1% who will make the most significant gains from the tax cuts.

His comments echoed Mr Kwarteng’s, who told reporters on Friday: “It’s not a gamble.

“What is a gamble is thinking that you can keep raising taxes and getting prosperity, which was clearly not working.”

The Resolution Foundation said Mr Kwarteng’s measures will involve an extra £411 billion of borrowing over the next five years, while the IFS said he is “betting the house” by putting Government debt on an “unsustainable rising path”.

The IFS’s Mr Johnson said: “The scale of these tax cuts, along with the slowing of the economy, means that unless something remarkable happens, we’re going to be on an unsustainable path in terms of borrowing and, at some point, we’re likely to have to have tax rises to offset some of these cuts, or some cuts in spending.”

He earlier warned that the Bank of England will surely further hike rates in response to the mini-budget.

The package was announced a day after the central bank warned the UK may already be in a recession and lifted interest rates to 2.25%.

As part of tax cuts costing up to £45 billion annually, Mr Kwarteng also slashed stamp duty for homebuyers and brought forward a cut to the basic rate of income tax, to 19p in the pound, a year early, to April.

He confirmed plans to axe the cap on bankers’ bonuses, added restrictions to the welfare system, reversed the rise in national insurance and scrapped a planned rise in corporation tax.

Tony Danker, the director-general of the Confederation of British Industry, said the measures will not “suddenly unlock growth” as he called for a “broad-based” plan.

He told BBC Radio 4’s Today programme: “There was nothing about skills. We need a broad-based plan for growth.

“If they (ministers) are hoping that simply reversing the six-point corporation tax rise will suddenly unlock growth when actually firms still pay 19%, it’s not going to do all the work”.

Reaction in the financial markets to the mini-budget was quick and punishing as the pound dived to fresh 37-year lows, making imports more expensive.

There was also criticism from Tory MPs, with Conservative former cabinet minister Julian Smith saying: “This huge tax cut for the very rich at a time of national crisis and real fear and anxiety amongst low-income workers and citizens is wrong.”

Mr Kwarteng avoided the scrutiny of the independent financial analysts by describing the package as a “fiscal event” rather than a full budget.