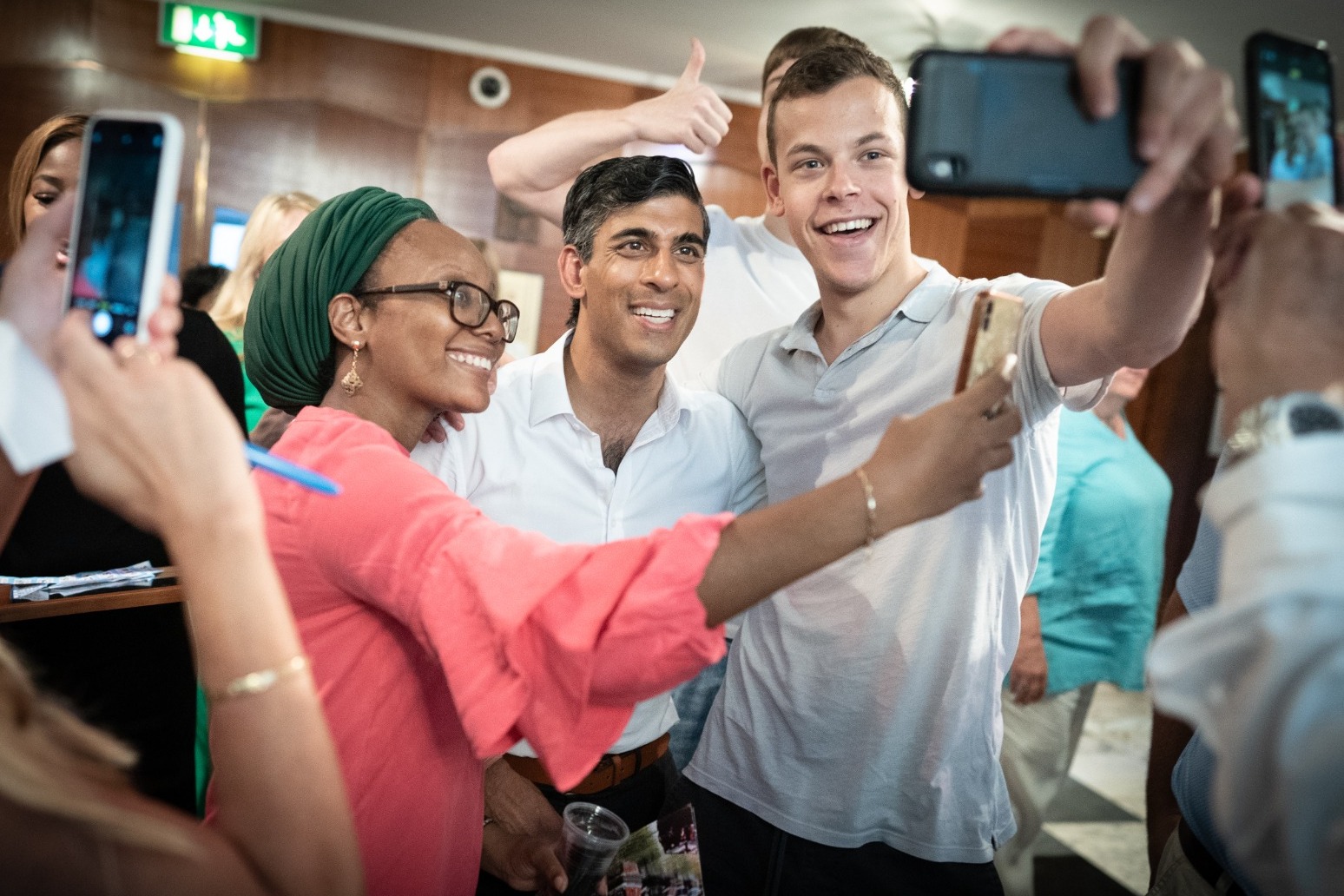 He acknowledged he’s trailing Liz Truss in the race to be the next Prime Minister, but said he would rather lose than promise “false things I can’t deliver”.

Tory leadership contender Rishi Sunak has said the Government has a “moral responsibility” to help families through the cost-of-living crisis as he promised billions of pounds in additional support.

The former chancellor, who has acknowledged he is trailing Foreign Secretary Liz Truss in the race for No 10, insisted that he would rather lose than promise “false things I can’t deliver”.

Earlier, Ms Truss – who had previously opposed further “handouts” – denied that she had ruled out additional direct help for families struggling with soaring energy bills.

She said that if she became prime minister on September 5, she would instruct the chancellor to look at the issue “in the round” and to come up with a solution.

At the same time, she stressed that it was wrong to “whack up” taxes simply to pay out more in benefits, while her campaign team accused Mr Sunak of pursuing “socialist tax and spend” policies.

With analysts predicting average annual household energy bills could top £4,200 in January, the cost-of-living issue continued to dominate the exchanges in the battle to succeed Boris Johnson.

Mr Sunak, who when he was in office in May announced a £15.8 billion support package, said that if he became prime minister he would go further.

“I do feel a moral responsibility as prime minister to go further and get extra help to people over the autumn and the winter to help them cope with what is going to be a really difficult time,” he said in a BBC interview.

“I think that is the right priority.”

Asked whether the extra payments would cost a “few billion” or over £10 billion, he replied: “It’s much closer to the former than the latter.”

Ms Truss, who has said her priority is to reduce taxes – pledging to reverse a hike in national insurance – insisted she was committed to supporting working families through the winter.

Taking questions on GB News from an audience in Leigh, Greater Manchester, she said: “If the only answer to everything is to whack up taxes and give out more benefits, then the country is going to run into trouble.

“We are predicted to have a recession. It is important we grow the economy.

“I will do everything I can to support working families who work hard and do the right thing.

“If I am elected as your prime minister I will make sure the chancellor has an emergency budget and looks at this issue in the round and sorts this issue out.”

Mr Sunak’s supporters said that she appeared to be backing away from her previous position.

“This is a major U-turn on the biggest issue currently facing the country,” a campaign spokesman said.

“I haven’t been saying the easy things and actually I am prepared to lose this contest if it means that I have been true to my values,” he said.

The Truss campaign however accused him or pursuing “old fashioned, Gordon Brown-style politics of envy”.

A spokesman said: “Liz believes in people keeping more of their own money, not Rishi’s socialist tax and spend which will lead us to recession.”

Earlier, Treasury Chief Secretary Simon Clarke confirmed that officials were working on a fresh support package for the next prime minister to consider when they take office.

He said it was “absolutely right” for the new leader to consider “these options in the round” when they take the reins, suggesting they should steer clear of announcing “new uncosted policies” during the election period.