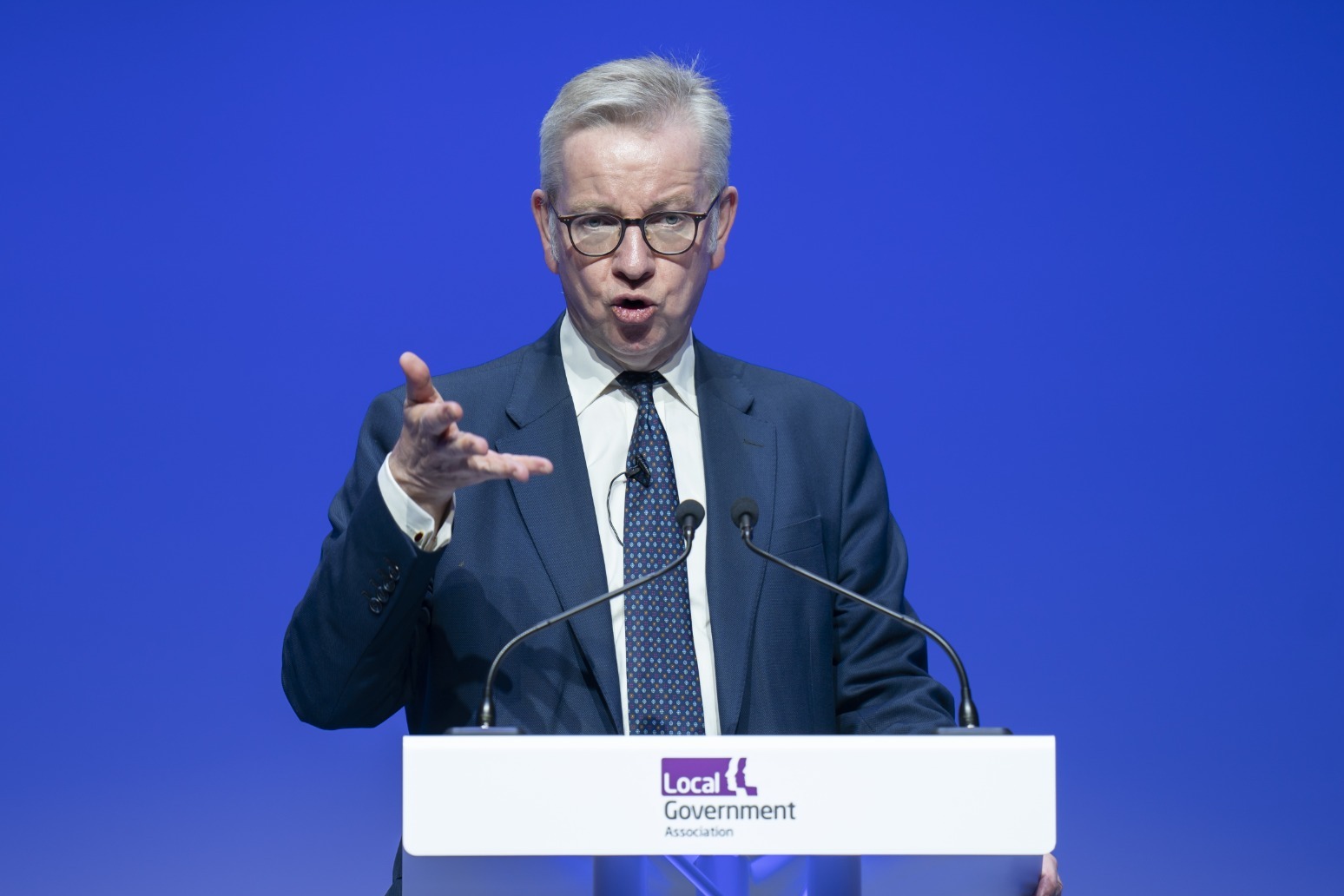 Local government is facing “formidable pressures” in coming months, Levelling-Up Secretary Michael Gove acknowledged as he told council leaders “we will do everything that we can to support you through these challenging times”.

Mr Gove told the Local Government Association (LGA) annual conference on Tuesday that he does not underestimate the challenges the economic situation is presenting to local authorities as he reiterated his belief in devolution as the key to helping communities emerge stronger.

He told the conference in Harrogate, North Yorkshire: “I appreciate that in the immediate months ahead local government faces formidable pressures.

“The accumulating demands on adult social care, the challenges facing children’s social care, the pressure to support children with special educational needs, the economies which inevitably affect non-statutory services, and additional expectations that we have in planning and housing.

“We will do everything that we can to support you through these challenging times.”

The Secretary of State for Levelling Up, Housing and Communities said: “While I do not for a second underestimate the pressures that we will all face in the months ahead, they only reinforce my conviction that the way to emerge stronger and fairer as a nation over time is to further empower local communities to build resilience, to shape solutions to our problems, to innovate and to drive regeneration.”

Mr Gove said he is determined to encourage devolution in all parts of England.

He said: “You can’t have a Northern Powerhouse without more power being exercised in the North.”

“I disagree with Andy on lots but he’s got a clear mandate and he’s demonstrated what strong local leadership can do – on transport, where he’s shown vision; on economic development, where he’s been broad-minded; and on innovation, where he’s taken political risks to support the private sector.”

Mr Gove told the council leaders he will introduce a two-year funding settlement to help with budget planning and will look to reduce the bewildering range of funding streams to local government to simplify the process.

“But, could we have a government funding version of the triple lock for local government?

“We desperately need to protect budgets and services from the impact of inflation without which there will be some real service cuts to some of the most vulnerable in our communities.”