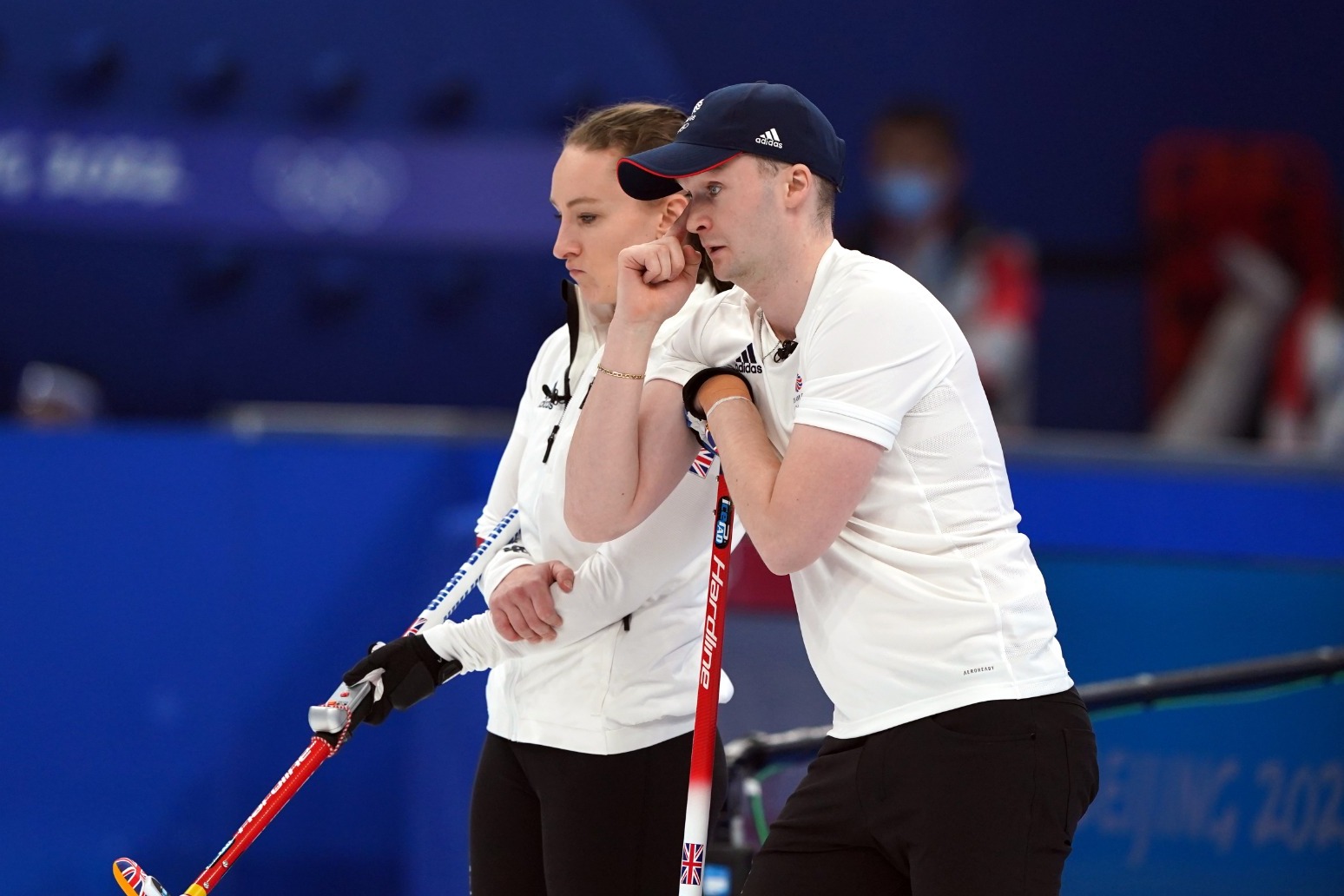 Great Britain’s hopes of winning a first medal at the Beijing Winter Olympics were dashed in a 9-3 mixed doubles curling defeat to Sweden.

Bruce Mouat and Jennifer Dodds hoped to bounce back from Monday’s semi-final defeat to Norway by repeating their round-robin win over the Swedes.

But a brilliant shot by Almida De Val to score four for Sweden in the second end effectively ended the British pair’s chances of bronze.

It proved a crushing blow for Mouat and Dodds, who entered the competition as world champions and had high hopes of success after a solid start to the round-robin programme.

“It’s pretty gutting to leave this mixed doubles tournament without a medal because it really felt like we were on form to win one,” Mouat said.

“It’s pretty raw. We’ve put in a lot of effort in the last two months to really try hard and get to this point. It really felt like we should probably have turned (Monday night’s) game into a win.”

Mouat and Dodds had reserved their best performance of the week for Monday night’s semi-final, which they led for more than half the match before the Norwegians nudged ahead to claim a place in the gold medal match.

Any hopes the Britons had of making the podium were blown apart by De Val’s brilliant work to score four in the second, followed by an error from Dodds in the next to hand the Swedes three more points against the ‘hammer’, or final stone.

From that point bronze was a virtual impossibility and, despite scoring a two in the sixth end, Mouat and Dodds bowed to the inevitable and conceded with two ends to spare.

Dodds denied that the agonising manner of their last-four defeat to the Norwegians 12 hours earlier – when they succumbed to the final stone of the final end in a 6-5 defeat – had been a factor in their heavy loss.

“We did everything we wanted to do to park that result and re-set,” said Dodds. “That loss last night was going to be hard, but this morning felt pretty good and a medal was up for grabs.

“I don’t think we would have changed anything we did over the last 12 hours or so. We tried to bounce back as hard as we could but unfortunately today wasn’t our day.”

Mouat and Dodds will now switch attention to their respective team competitions which begin on Thursday. Mouat skips the fancied men’s team that won silver at last year’s World Championship, while Dodds will join up with Eve Muirhead’s rink.

“Before coming out here we put in so much preparation with what-if scenarios if we did or didn’t medal, so we’ve gone through all the processes and the plan is to go out and be strong with our teams,” Dodds added.

“We know we’ve got another two medals we can go for. I just want to be there in the team and do the best I can for them.”