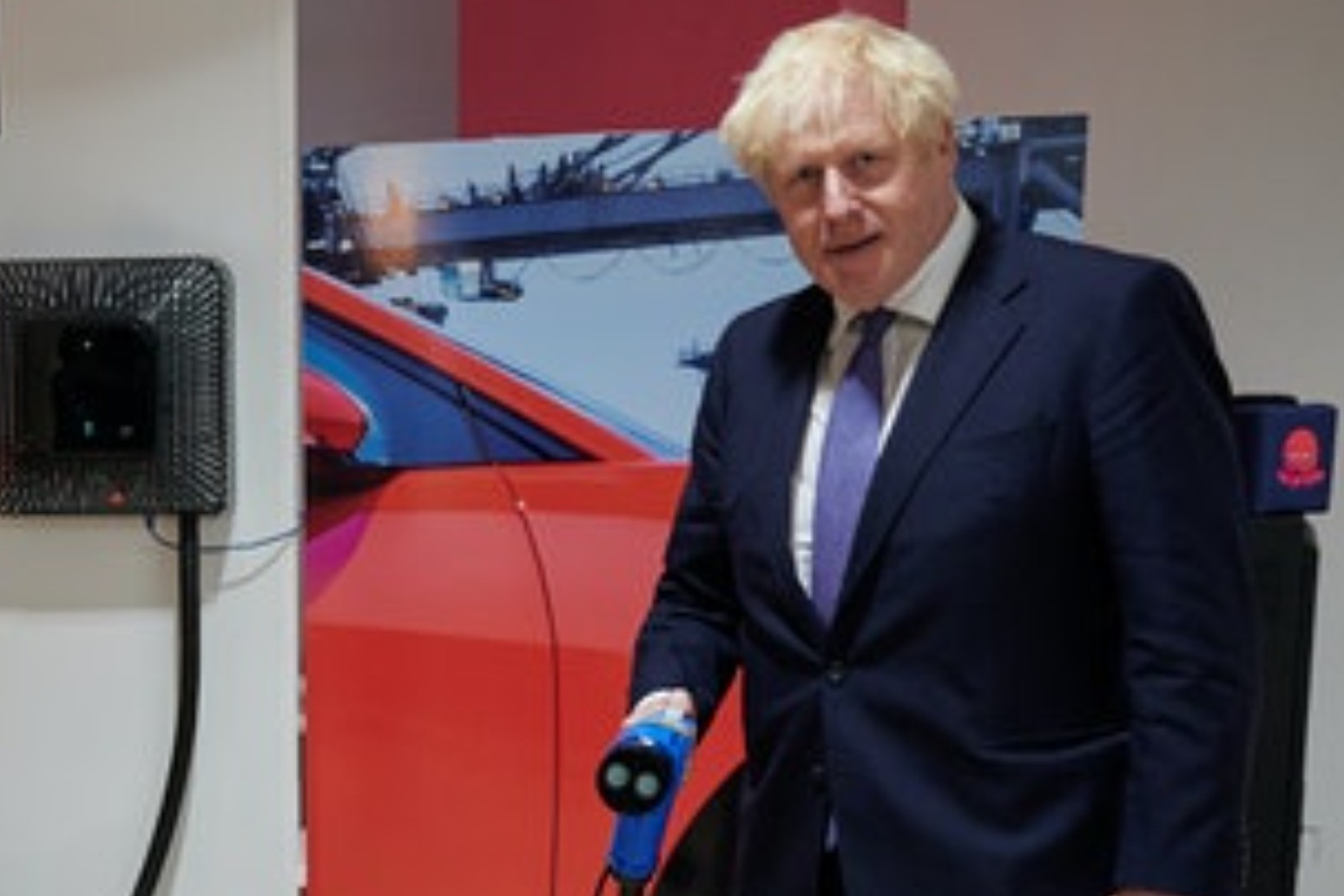 Every home in the country will be powered by offshore wind within 10 years, Boris Johnson will tell the Conservative conference on Tuesday as he pledges a green industrial revolution that will create hundreds of thousands of jobs.

The Prime Minister will say the coronavirus crisis should be used as a catalyst to make the UK world leader in clean power generation.

The wind power plan will see £160 million made available to upgrade ports and infrastructure across areas like Teesside and Humber in northern England, Scotland and Wales as the next generation of turbines are built.

The Prime Minister will address the virtual Tory conference as the Government is mired in controversy over the operation of the coronavirus test and trace system.

He also faces a Tory rebellion in the Commons over Covid-19 restrictions such as the inclusion of children in the “rule of six” governing gatherings, and the 10pm pub curfew.

The speech comes after a tumultuous period in office which has seen Mr Johnson win a major general election majority and the UK formally leave the EU, but face criticism over the Government’s handling of the Covid-19 outbreak, and his style of Government.

Mr Johnson will say: “There is one area where we are progressing quite literally with gale force speed and that is the green economy – the green industrial revolution that in the next 10 years will create hundreds of thousands, if not millions, of jobs.

“I can today announce that the UK Government has decided to become the world leader in low cost clean power generation – cheaper than coal and gas – and we believe that in 10 years’ time offshore wind will be powering every home in the country, with our target rising from 30 gigawatts to 40 gigawatts.

“You heard me right. Your kettle, your washing machine, your cooker, your heating, your plug-in electric vehicle – the whole lot of them will get their juice cleanly and without guilt from the breezes that blow around these islands.

“We will invest £160 million in ports and factories across the country, to manufacture the next generation of turbines.

“And we will not only build fixed arrays in the sea, we will build windmills that float on the sea – enough to deliver one gigawatt of energy by 2030, 15 times as much as the rest of the world put together.

“Far out in the deepest waters we will harvest the gusts, and by upgrading infrastructure in places like Teesside and Humber and Scotland and Wales we will increase an offshore wind capacity that is already the biggest in the world.”

Mr Johnson will say: “As Saudi Arabia is to oil, the UK is to wind – a place of almost limitless resource, but in the case of wind without the carbon emissions and without the damage to the environment.

“I remember how some people used to sneer at wind power, 20 years ago, and say that it wouldn’t pull the skin off a rice pudding.

“They forgot the history of this country. It was offshore wind that puffed the sails of Drake and Raleigh and Nelson, and propelled this country to commercial greatness.”

Downing Street said the £160 million investment programme “will see around 2,000 construction jobs rapidly created and will enable the sector to support up to 60,000 jobs directly and indirectly by 2030 in ports, factories and the supply chains, manufacturing the next-generation of offshore wind turbines and delivering clean energy to the UK”.

Referring to the controversy over the coronavirus test and trace operation, Labour deputy leader Angela Rayner said the Prime Minister should use his speech to deal “with the crisis at hand”.

Ms Rayner said: “The testing fiasco over the past 24 hours has again exposed the serial incompetence of Boris Johnson and his Government.

“The Prime Minister should use his speech to set out how he will get a grip and tackle the crisis at hand.”

“For far too long, UK companies have been blocked by a lack of Government support.

“But the Prime Minister’s announcement falls woefully short of a comprehensive green new deal that would actually build a better, greener Britain.”