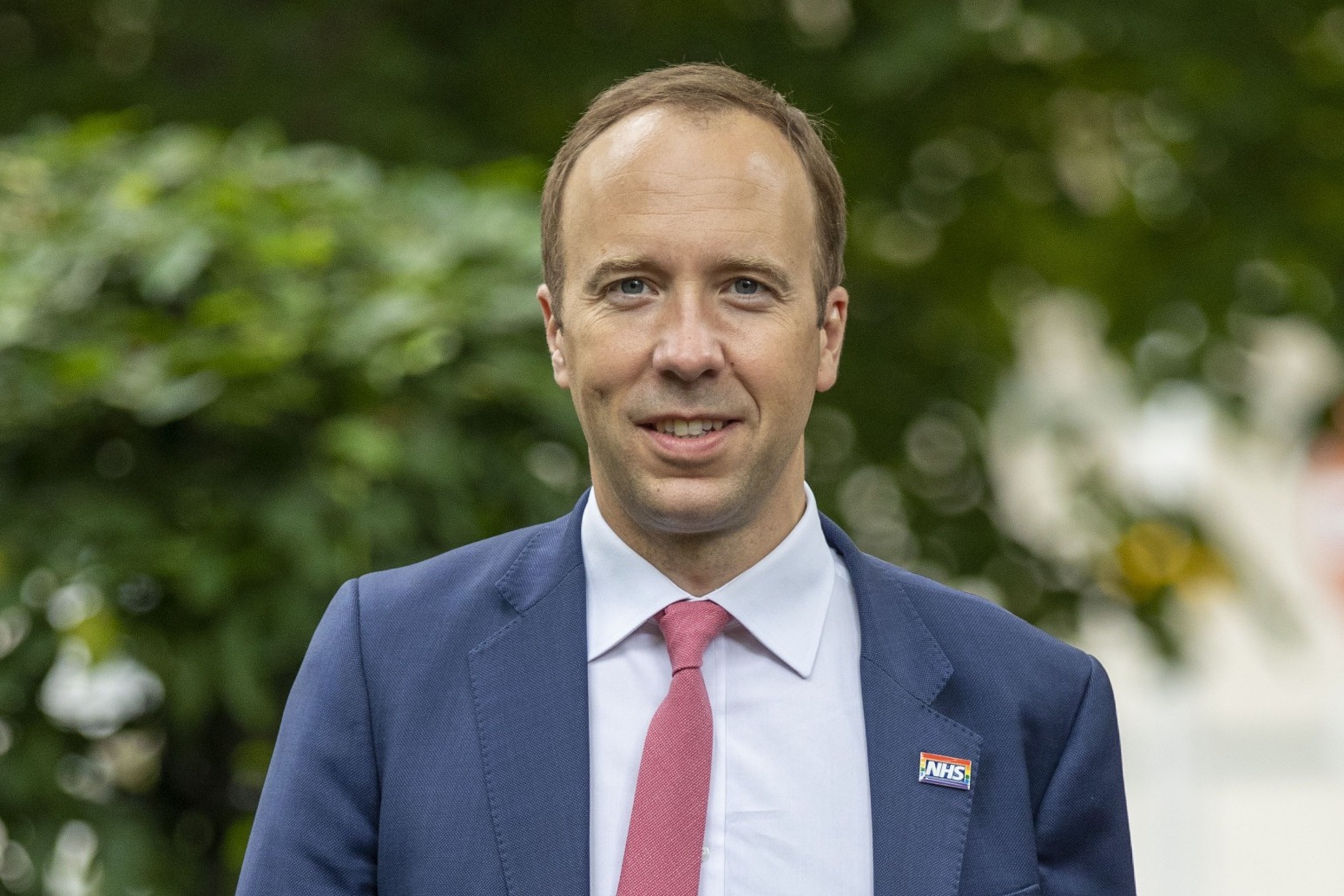 Pressure is mounting on Matt Hancock to resign – and on Boris Johnson to call in the Government’s ethics adviser – after the Health Secretary was caught kissing a close aide in breach of coronavirus restrictions.

A video of Mr Hancock in an embrace with Gina Coladangelo was published on Friday night, after stills from the CCTV clip earlier in the day prompted Labour to deem his position “hopelessly untenable”.

Lawyers described how Mr Hancock may have broken the law regarding coronavirus restrictions, although he admitted only to breaching guidance.

There were also questions about Mrs Coladangelo’s appointment to her role in the Department of Health and Social Care (DHSC) in the first place.

The Prime Minister has so far resisted calls to sack Mr Hancock, who said he was “very sorry” for letting people down after The Sun first reported he was having an extramarital affair.

But the Daily Telegraph reported that Tory MPs were telling the Prime Minister to “pull the plug”, with public reaction over coming days key to his fate.

A snap poll from Savanta ComRes, released hours after photographs of the pair kissing in Mr Hancock’s ministerial office surfaced, found 58% of UK adults thought that Mr Hancock should resign, compared to 25% who thought he should not.

And the Covid-19 Bereaved Families For Justice group, which represents those who have lost loved ones to the pandemic, also called for Mr Hancock to go.

In a letter to the Prime Minister, the group said it had broken its “position of neutrality on ministerial conduct” to urge Mr Johnson to relieve Mr Hancock of his job.

The Health Secretary is also deeply unpopular with some Conservatives who believe that he has been an obstacle to the easing of coronavirus restrictions.

In a statement, Mr Hancock said: “I accept that I breached the social distancing guidance in these circumstances, I have let people down and am very sorry.

“I remain focused on working to get the country out of this pandemic, and would be grateful for privacy for my family on this personal matter.”

Mrs Coladangelo, who is married to the founder of the retailer Oliver Bonas, Oliver Tress, is a friend of Mr Hancock’s from their days together at Oxford University and was appointed to the DHSC last year.

She was initially taken on as an unpaid adviser on a six-month contract in March 2020, before being appointed as a non-executive director at the department.

Human rights barrister Adam Wagner told BBC News: “I am pretty clear, although you never know for sure, that there was a breach of the regulations, on the basis that at the time it was illegal to have any gathering of more than one person anywhere indoors unless an exception applied.

“But based on what we know and what we can see in the images, it doesn’t seem that that was reasonably necessary for work purposes.”

Labour Party chairwoman Anneliese Dodds said if Mr Hancock, who has been married to the mother of his three children, Martha, for 15 years, had been secretly having a relationship with an adviser he appointed to a taxpayer-funded role, it was “a blatant abuse of power and a clear conflict of interest”.

A No 10 spokesman insisted the “correct procedure” had been followed in relation Mrs Coladangelo’s appointment but refused to go into detail.

Professor Stephen Reicher, a government behavioural science adviser on the Spi-B committee, said the Prime Minister sticking by aides and ministers who may have breached the rules made the repercussions for restriction compliance “toxic”.