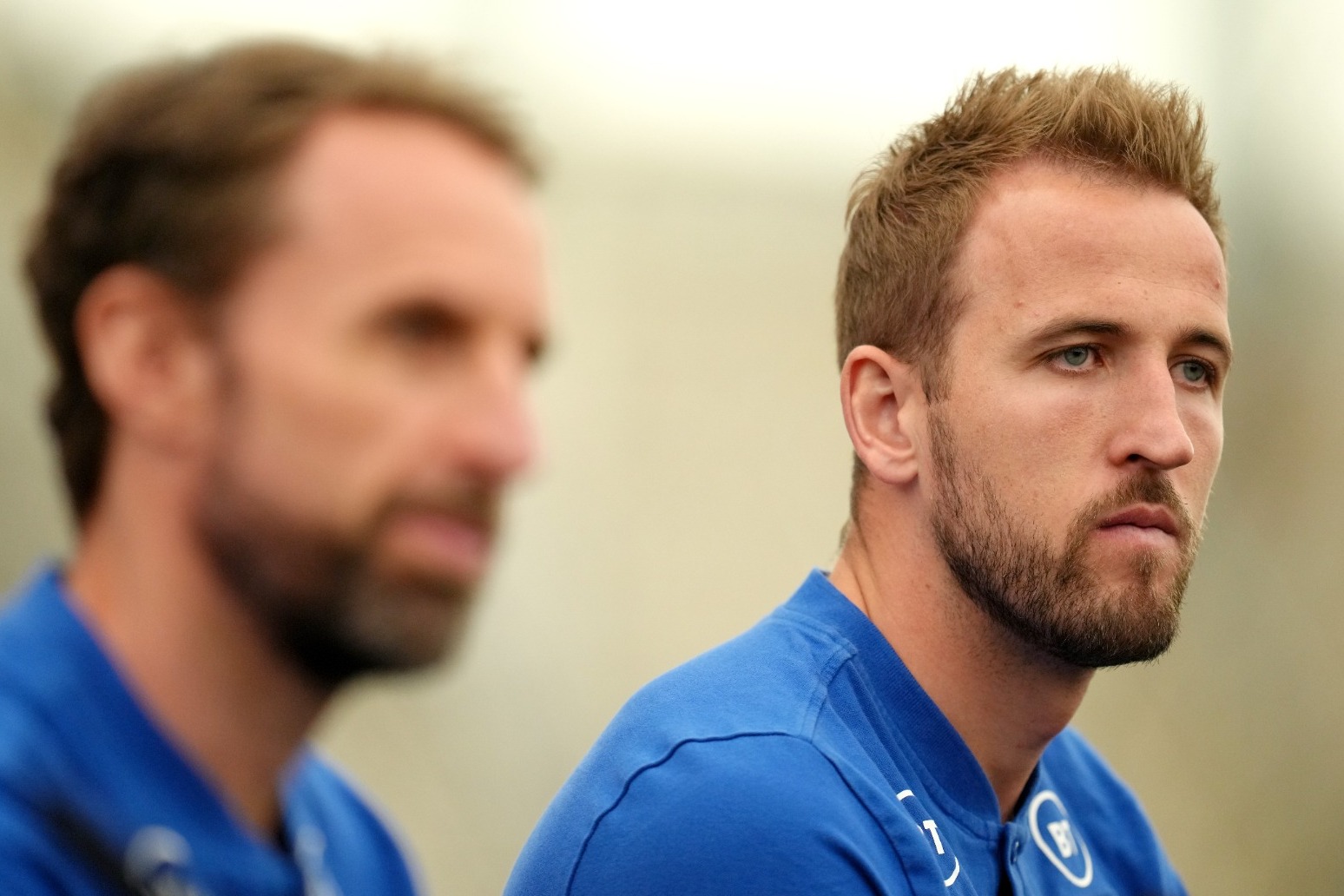 Harry Kane has leapt to the defence of England boss Gareth Southgate as criticism over his perceived negative tactics increases.

Southgate last week insisted he will not outstay his welcome as the England manager as he hit back at pundits who have been suggested his approach is too conservative.

The Three Lions boss has taken his country to a World Cup semi-final, a Nations League third-place finish and the final of Euro 2020 in the past four years.

But even during his most successful spells he has had to face accusations that he sets up his sides too cautiously, with former England striker Gary Lineker among the latest to question Southgate’s selection choices.

Kane, who worked with Southgate at Under-21 level before being reunited with the seniors in 2016, has been an integral part of the set-up in recent years and was quick to back his international boss.

“I can’t speak highly enough of Gareth,” he said. “I had him with the 21s and then obviously since he’s been with the senior team and I think he really understands what the England team needs to be successful.

“I feel like we’ve created a really good family here and we have a good connection with the fans, which is what we didn’t have probably six years ago at that Euros.

“We’ll keep trying to improve and making the country proud. I think we’ve done that and we all have that major hunger and desire to win a major tournament. I think it’s still a good possibility.”

Asked if he was “frustrated” by the criticism coming Southgate’s way, Kane added: “Yes, I think when you look as an England team, we’ve been one of the most successful England teams there’s been over our history and Gareth has been the main part of that.

“So of course, there’s always going to be noise, it’s part and parcel of being an England coach or and England player.

“We know that but I think the real kind of drive and togetherness we have in our squad, it doesn’t really bother us, we’ll always protect each other and defend each other.

“I think if you look at where we were in 2016 compared to where we are now, we’ve made massive improvements and strides. We’ve knocked down a lot of hurdles in major tournaments by doing stuff an England team hasn’t done for a long, long time.

“Of course we haven’t won anything yet, but I think we’re knocking on the door.”

Captain Kane also said he does not feel overburdened as he continues his quest to become the nation’s all-time leading goalscorer.

He reached a half-century of senior Three Lions goals as his late penalty salvaged a 1-1 draw against Germany last week.

It is the only goal England have managed in their three Nations League fixtures this month with the visit of Hungary to Molineux on Tuesday night their last of the season, a contributing factor into the fresh criticism of the manager.

Southgate said after the goalless stalemate with Italy on Saturday that he was “concerned” by the reliance on both Kane and Raheem Sterling to score the goals for England.

Asked if he enjoys the pressure of being the player everyone expects to score, Kane replied: “As a striker you have that expectation of yourself and the team have it on you to produce as well.

“I enjoy scoring goals and winning games. That’s the most important thing. I always try to do my best to help the team in every aspect, whether it’s scoring, assists, defending, set-plays.

“There’s no pressure from the other players in terms of making me feel nervous about scoring.”