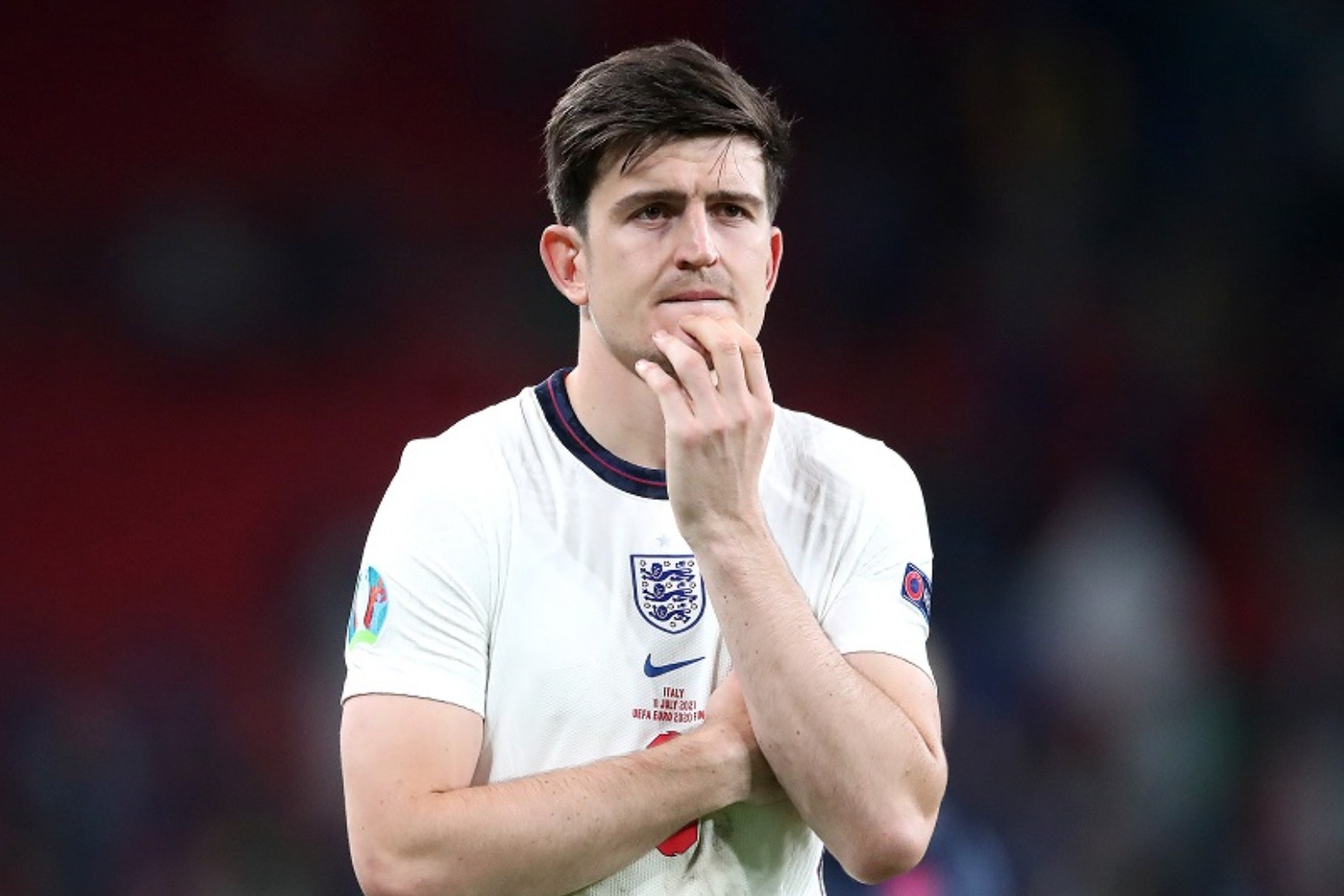 Harry Maguire has told how his father was left with suspected broken ribs by ticketless fans who breached security at Wembley at the Euro 2020 final.

The England defender’s dad was caught up in the chaotic scenes inside the stadium on Sunday night and left struggling to breathe.

Maguire described what happened as “scary” and says his family will be “more aware” when attending games in future.

The 28-year-old, who emphatically smashed home his penalty in England’s shoot-out defeat, told The Sun: “My dad was in the stampede. I have not spoken with him too much but I am pleased my kids didn’t go to the game.

“It was scary — he said he was scared and I don’t want anyone to experience that at a football match.

“I have seen a lot of videos and have spoken to dad and my family. It was my dad and agent who suffered the most. He was struggling with his breathing afterwards because of his ribs, but he’s not one to make a big fuss – he got on with it.

“I hope we can learn from this and make sure it doesn’t happen again. Dad will always support me and go to the games but he will be a little bit more aware of everything going on around. We should all be more aware and learn from it.”

“Things could have been a lot worse but we have to make sure it does not happen again.”

On Tuesday, UEFA opened a disciplinary investigation into the incidents at the Euro 2020 final at Wembley.

Football Association chief executive Mark Bullingham said on Monday that a full review would take place into what had happened.

He accused “drunken yobs” of trying to force their way into the stadium without tickets.

The FA was charged by UEFA on four counts arising from the mayhem. Disciplinary proceedings were opened over a pitch invasion, throwing of objects, booing the Italian national anthem and the lighting of a firework.

Maguire hopes what happened on Sunday night does not affect England’s chances of hosting a future World Cup.

He said: “Wembley is an amazing place. It has been an amazing home and the fans and the way they have acted have been unbelievable, apart from the odd few in a final.

“We need to learn and we will — and it would be an amazing place to hold the World Cup.”