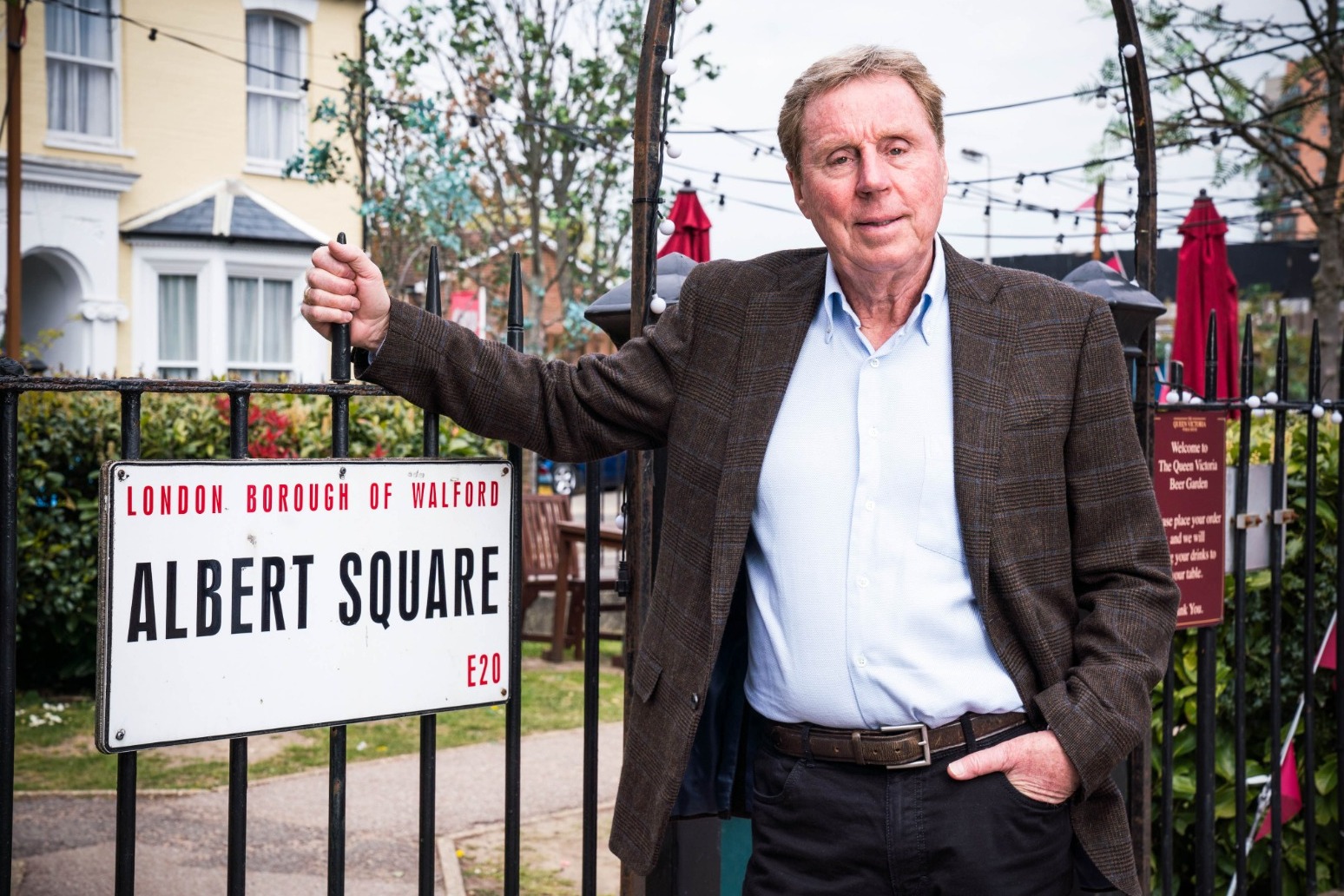 The episode featuring the cameo by the former Tottenham and West Ham boss will coincide with the European Championships, bosses of the BBC One soap said.

Redknapp said: “It’s no secret that I’ve wanted to be in EastEnders so I’m over the moon to be making a special cameo this summer. With a nod to the Euros, it’s a lovely fit and, as a proper east Londoner, it’s been so much fun.”

The 74-year-old former Premier League football manager also referred to Sandra, his wife of more than five decades, saying she is a “huge fan, she watches it every day so it’s a real special moment for the whole family!”

EastEnders said Redknapp’s “legendary status among West Ham supporters guarantees Harry will be welcomed to Walford with open arms as the residents of the Square celebrate the tournament”.

The soap’s executive producer, Jon Sen, said: “What better way to mark a special summer for football fans by having none other than West Ham legend Harry Redknapp pay a visit to Walford?

“He’s synonymous with London’s East End and we were delighted to hear he’s a fan of the show too. We can’t wait for audiences to see what brings Harry to Albert Square.”

Redknapp, whose cameo will air in the summer, won the 2018 series of ITV’s I’m A Celebrity … Get Me Out Of Here!