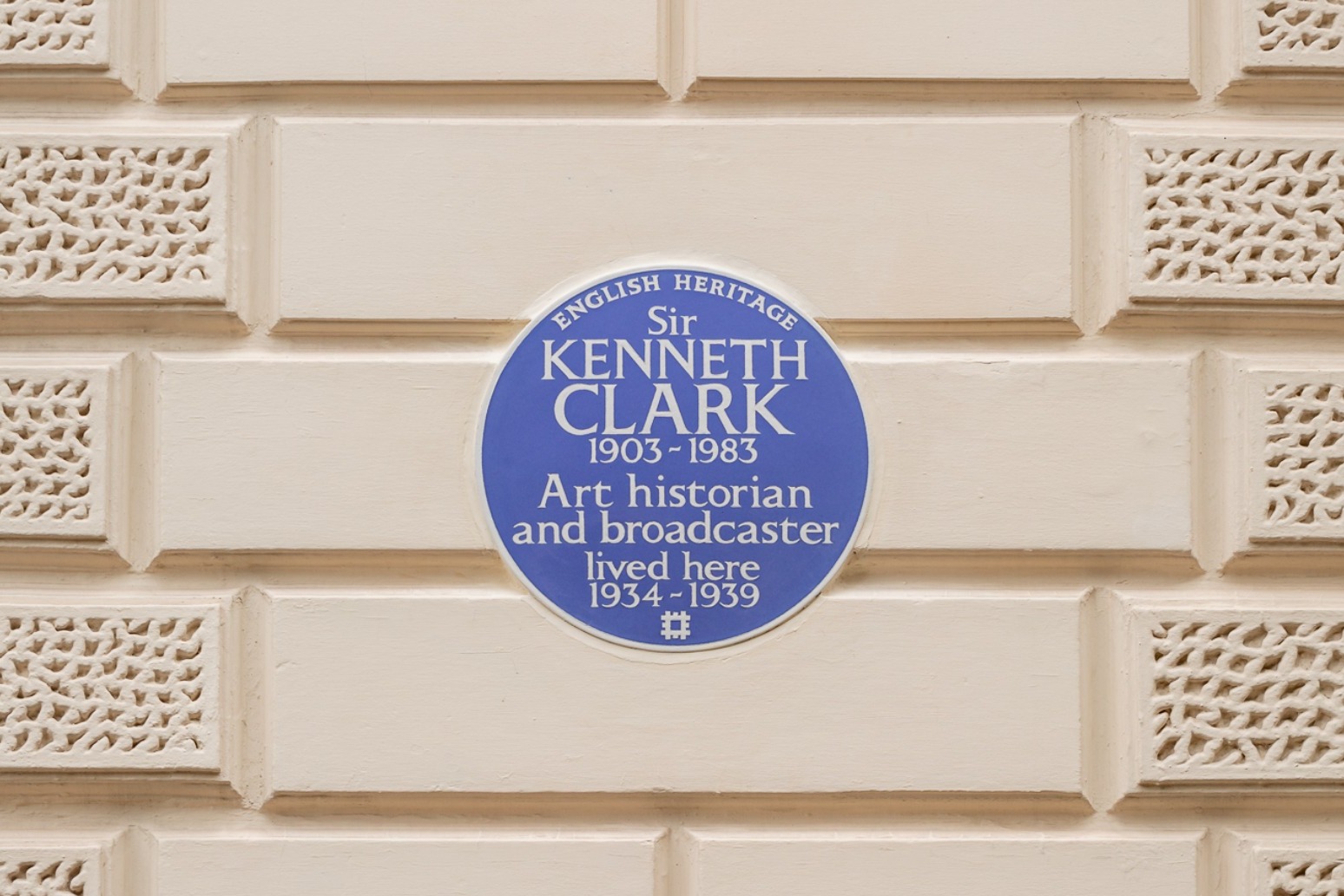 It has been unveiled outside of his former home in Marylebone, Central London

A blue plaque has been unveiled for historian and broadcaster Sir Kenneth Clark.

English Heritage has commemorated him outside his home in Marylebone, central London, where he lived during the 1930s when he became director of the National Gallery and was knighted.

Sir Kenneth, who died in 1983, is perhaps best known for the 1969 television documentary series Civilisation, which explored the history of art and philosophy in the West.

He also headed up cultural organisations including the Arts Council of Great Britain and the Independent Television Authority, and is also credited with saving hundreds of valuable artworks during the Second World War by evacuating them to rural Wales.

Sir Kenneth’s Marylebone home “became a hub for artists and fashionable society” while he lived there, “with Sir Kenneth and his wife Jane hosting glittering parties attended by guests including Winston Churchill and Vanessa Bell”, English Heritage said in a statement.

“He was a consummate communicator and skilfully used film as a tool of mass communication – most notably in the landmark TV series Civilisation, which demonstrated his firm belief in access to the arts for all.

“We are delighted to honour him with this blue plaque.”