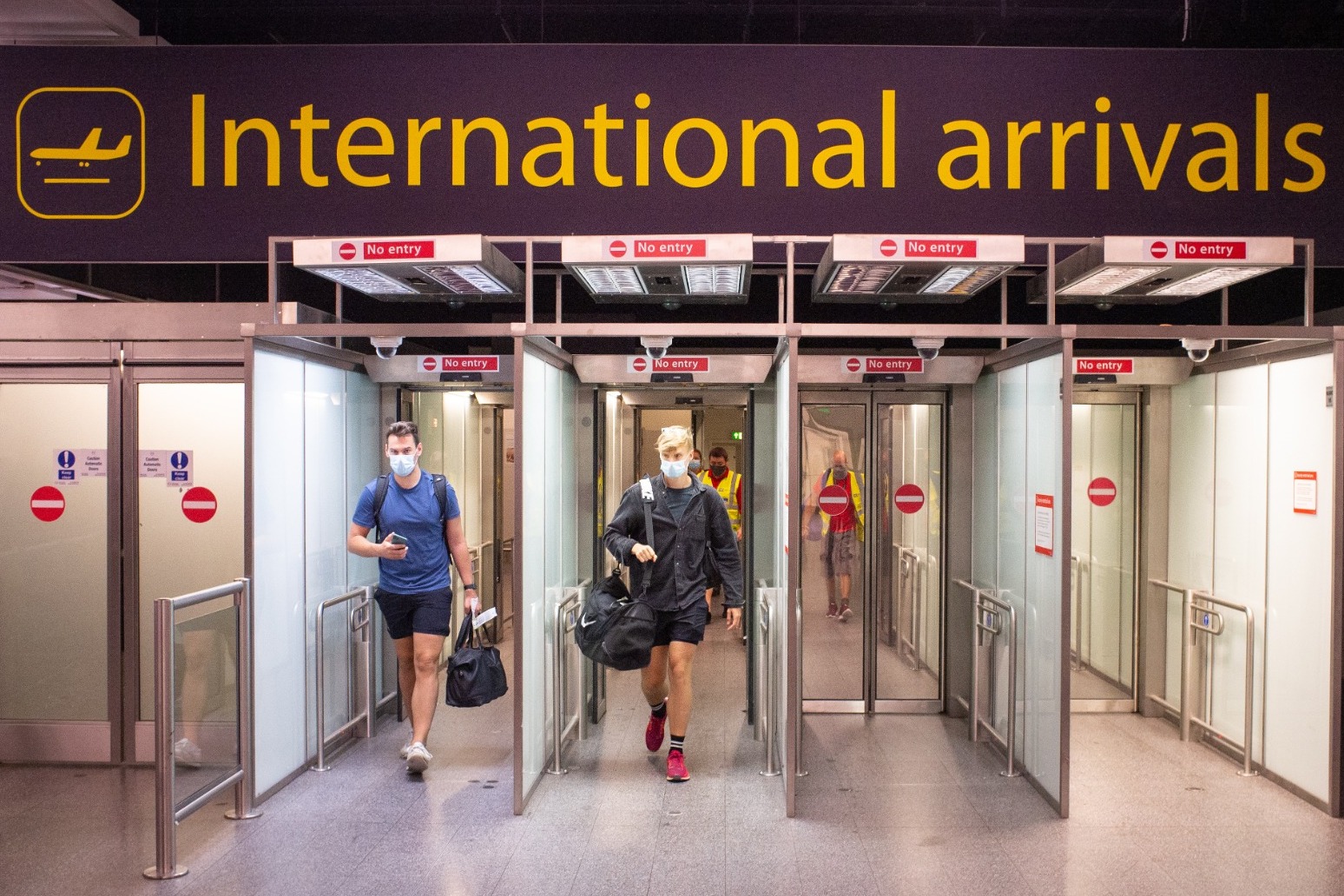 British holidaymakers returning from Spain have expressed their shock and frustration at the sudden change in travel quarantine rules.

Passengers arriving at Gatwick Airport on a flight from Barcelona on Sunday morning were among the first travellers now required to self-isolate again for two weeks.

Philip Bradby, 55, and Marina Wilson, 40, from Bournemouth, cut short their trip to the Catalonian city because of the imposition of the new quarantine requirement.

Speaking to the PA news agency at Gatwick’s North Terminal, Mr Bradby criticised the Government’s announcement of the rule change, saying: “I think it’s quite poor that they did it so instantaneously.”

He said he works in the aerospace industry so the coronavirus pandemic has already had “a major impact on my working life”.

Ms Wilson, who has a nine-year-old daughter, said: “They basically changed the rules halfway through which puts us in a very awkward position and lots of things to arrange.

“I was very upset because I’m having to sort out child care now. Somebody needs to do the shopping for me.”

Another passenger arriving from a two-day trip to Barcelona, who only wanted to be named as Sharon, said quarantine would be “inconvenient” but have little impact as she remains on holiday from work.

But the 50-year-old from London added: “It was just a bit of a shock, it would have been nice if there was a little bit more warning.

“It just seems to be really, really quick.”

Another 24-year-old traveller from Surrey, who only gave her name as Hannah, said the rule change would affect family plans and her work.

“We were supposed to return to work at the beginning of August, so I’m now going to have to stay away again for another week,” she said.

Asked if she would have gone on her five-day break to Barcelona with her boyfriend if they had known about the quarantine rule change in advance, she said: “No.”

“We didn’t go with the intention of being stuck in the house for another two weeks.”

Thomas Wright, 27, a carpenter from north London, who was returning from a business trip to Barcelona, said the quarantine rule change will affect him “quite badly” as he will be unable to work.

“I suppose, to be honest with you, I should have left travelling to a later date,” he said.

“It’s inconveniencing me quite a lot because the last lockdown was straining on the old head.”

Jill Witte, 53, arriving back in the UK with her husband and two daughters, said the quarantine rule changes would “massively” affect the family.

“We were shocked – it didn’t look like that was coming, otherwise we wouldn’t have gone,” she said.

Ms Witte, who runs a kennels with her husband, said: “The children are on school holidays so now they are not going to be allowed to go out.”

Observing how quickly the quarantine rule changed, she added: “We didn’t get the option to come back before a deadline point or anything, it happened within hours.”