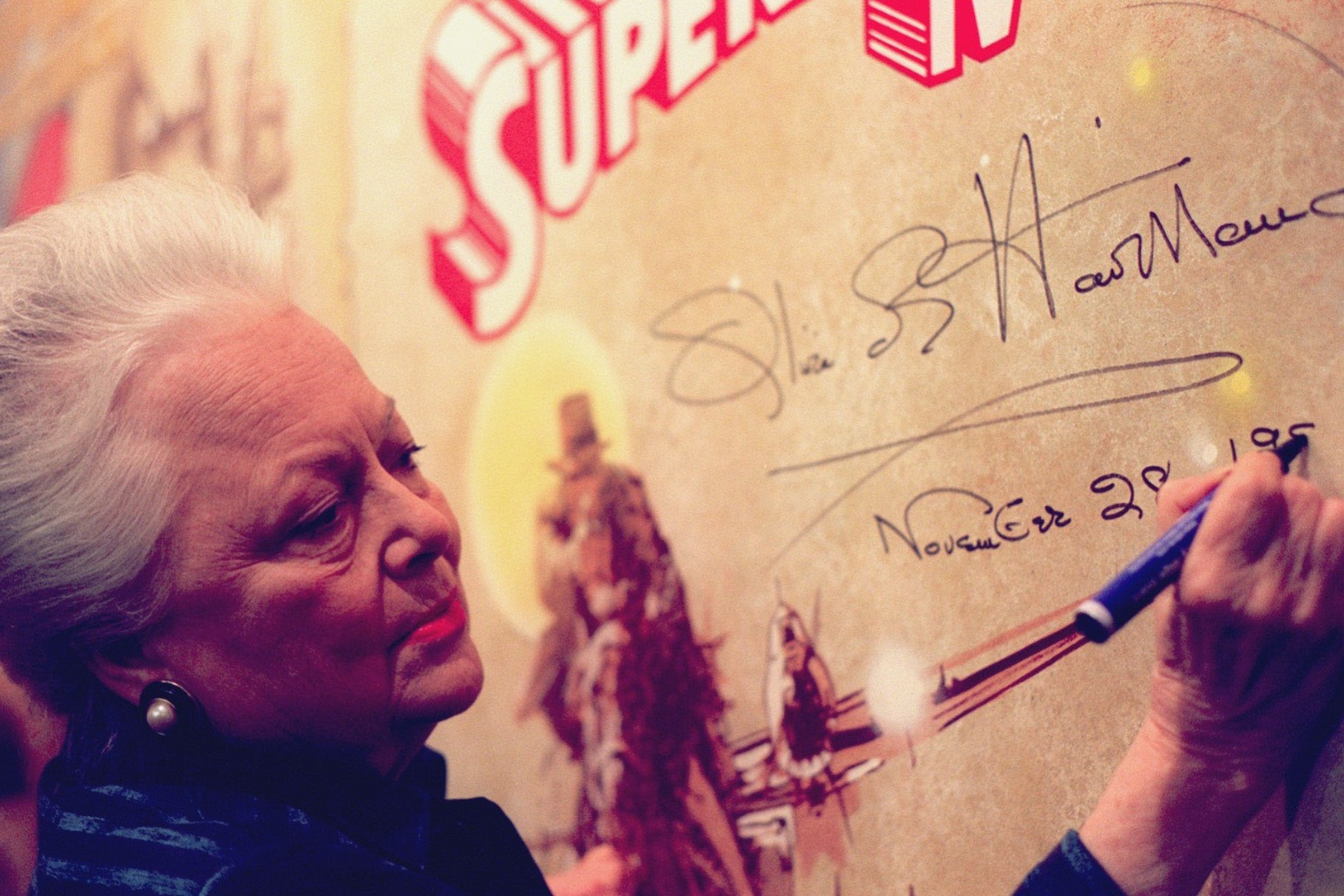 Gone With The Wind actress Dame Olivia de Havilland has been remembered as a “legend” and “class act” following her death at the age of 104.

The actress, one of the last surviving figures of Hollywood’s Golden Age, died at home in Paris, her representatives confirmed on Sunday.

A statement said: “Last night, the world lost an international treasure, and I lost a dear friend and beloved client. She died peacefully in Paris.”

Tributes flowed in from the acting world, including from singer and Hollywood star Jared Leto who had exchanged correspondence with Dame Olivia.

He tweeted: “She was a class act. I still have the kind and thoughtful letters she wrote me in longhand on beautiful blue stationery. They were of another era.”

In a series of Twitter posts, Leto credited Dame Olivia’s “bravery” in the 1940s in bringing about a labour law that helped his music career.

He explained that he and his brother were in debt and “not going to get paid a penny” from their record company and were bound to a nine-year contract.

They relied on the so-called “De Havilland Law” as leverage in their legal battle, he said.

The landmark 1944 ruling, reached after Dame Olivia sought her freedom from Warner Bros, ended the tight grip studios had on contract actors.

Leto said he had “a wonderful time” when he later met Dame Olivia in Paris, tweeting: “I got to thank her for fighting the system back then so I could battle it now. It was amazing to meet her – she’s a legend.”

Actress Jane Seymour said she would “cherish” for life the memories of appearing alongside Dame Olivia in 1988’s The Woman He Loved.

Sharing a picture of the pair filming together on Instagram, Seymour said Dame Olivia was “larger than life” and “a brilliant actor”.

“Rest in Peace Olivia, we will miss you dearly,” she wrote.

In a statement, the estate of fellow Hollywood great Humphrey Bogart described Dame Olivia as a “true Classic Hollywood icon”.

The Academy of Motion Picture Arts and Sciences, which hosts the Oscars, said: “To Each His Own, The Heiress, Gone with the Wind and so many others.

“A two-time Best Actress Oscar winner, Olivia de Havilland was a mainstay of Hollywood’s Golden Age and an immeasurable talent. Here’s to a true legend of our industry.”

“Her (guts) & grit to take on the studio system in 1945 helped her fellow actors for generations to come. Our condolences to family & friends.”

Dame Olivia won two best actress Oscars for her roles in 1946’s To Each His Own and 1949’s The Heiress.

However, she is best remembered for her turn as Melanie Wilkes in the 1939 film Gone With The Wind and was the last remaining member of the principal cast before her death.

She was born to British parents in Tokyo on July 1 1916 but moved to California when she was young.

She first appeared on the big screen in 1935 as Dolly Stevens in Alibi Ike and soon became known for her on-screen partnership with Hollywood heartthrob Errol Flynn on films including The Charge Of The Light Brigade (1936) and The Adventures Of Robin Hood (1938), although they never began a romantic relationship.

After leaving Hollywood in the 1950s, the actress moved to Paris with her second husband.

She made a number of television appearances and often worked on several movie titles a year until her last TV movie role as Aunt Bessie Merryman in The Woman He Loved in 1988.

Her younger sister, Joan Fontaine, with whom she had a famous rivalry, followed in her acting footsteps, winning an Oscar for her role in Alfred Hitchcock’s 1941 thriller Suspicion.

In 2017, she said she was “extremely proud” to be made a dame for services to drama.

In 2019 she lost her lawsuit over a television series she claimed depicted her falsely and unfairly.

FX’s anthology series Feud: Bette And Joan, about the lives of Bette Davis and Joan Crawford, features Catherine Zeta Jones in the role of Dame Olivia.

Gone With The Wind was recently at the centre of controversy after it was removed from the HBO Max streaming service over its depiction of the pre-Civil War South.

It has since returned with a message saying it “denies the horrors of slavery”.