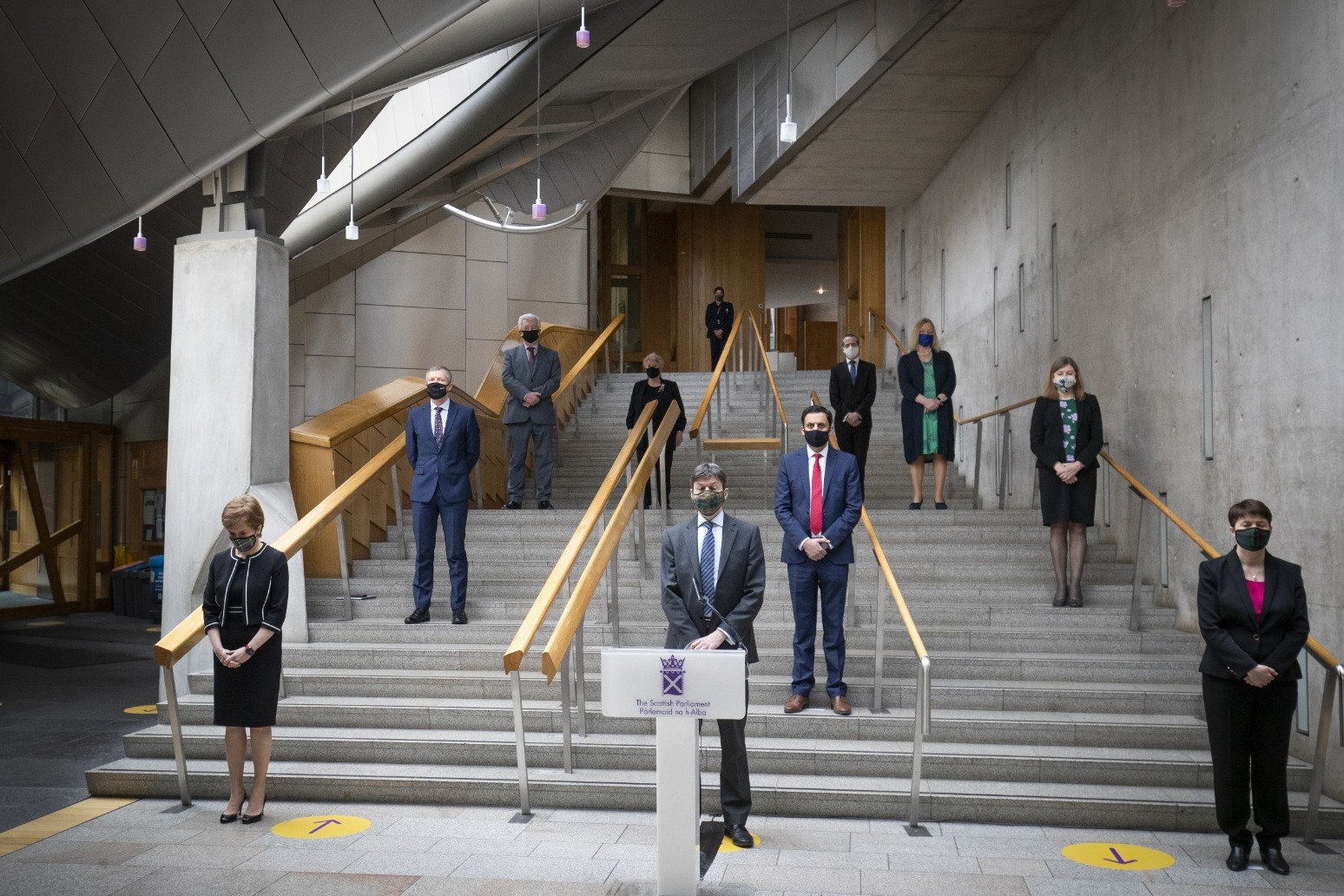 Scotland’s major political parties have suspended campaigning for the Holyrood election following the death of the Duke of Edinburgh.

The SNP, Conservatives, Labour, Liberal Democrats, the Scottish Greens and Alba have all said they will cease campaigning.

Tory leader Douglas Ross said his party will head back on to the campaign trail on Monday.

First Minister Nicola Sturgeon was among those paying tribute in Scotland.

She said in a statement: “On behalf of the people of Scotland, I would like to express my deepest sympathy to Her Majesty The Queen and the rest of the royal family.

“Our thoughts are with them at this difficult time and their grief is shared by people across the country.

“The Duke of Edinburgh had deep and longstanding ties to Scotland, attending school here at Gordonstoun and regularly holidaying at Balmoral Castle.

“From his patronage of the Duke of Edinburgh’s Award scheme, to his close association with the University of Edinburgh as chancellor for over 50 years and his commitments to countless charities and organisations, Prince Philip’s long contribution to public life in Scotland will leave a profound mark on its people.”

But the First Minister has urged Scots not to lay floral tributes at Balmoral or the Palace of Holyroodhouse, as would be customary.

She added: “Online books of condolence will open in the coming days to allow people to pay their respects.

“In line with current restrictions, the Royal Household has requested that members of the public do not leave floral tributes or gather at the Palace of Holyroodhouse or Balmoral Castle at this time.

“The Palace has suggested that people could donate to charity instead, if they wish to do so.”

A notice announcing the death has been posted on the gates of the Palace of Holyroodhouse, the Queen’s official residence in Edinburgh.

Flags were lowered to half-mast there, as well as at the Scottish Parliament, Scottish Government and local authority buildings.

Mr Ross said: “In the middle of a political campaign, this is a reminder of what’s most important in life.

“We have lost a tremendous public servant who for decades served his Queen and country. My heartfelt condolences are with Her Majesty and all of the royal family.

“This is not the time for political campaigning. It is a time for national mourning.”

Scottish Secretary Alister Jack described the duke as “an amazing man” and “a great character”.

He said: “His Royal Highness had a long and fond relationship with Scotland and, through his fantastic Duke of Edinburgh Award scheme, has played a key role in building the confidence, ambition and aspiration of thousands of young Scots.

“As we reflect on the duke’s life, we give thanks for his remarkable lifetime of dignity and devoted service, and extend our deepest condolences to the royal family.”

Scotland’s other political leaders also paid tribute, with Scottish Labour’s Anas Sarwar offering his party’s sympathies and saying: “Scotland is today mourning the loss of a dedicated public servant who contributed so much to our country.

“My thoughts are with the entire royal family and Her Majesty the Queen, following the death of her beloved husband.”

Scottish Greens co-leader Patrick Harvie said: “We recognise that the passing of the Duke of Edinburgh will be felt deeply by some across the country and express our sympathies with his family, who join many others who have lost loved ones in this last year.”

He said the duke was “often colourful” with “often controversial language”, but was “always absolutely dedicated to his wife the Queen and to the country”.

Former first minister and Alba Party leader Alex Salmond praised Philip’s service to the UK, saying: “On behalf of the Alba Party, my condolences go to Her Majesty the Queen. The Duke of Edinburgh was the longest serving consort in history and no-one can question that record of public service.”

He added: “On a personal level, I found Prince Philip direct and forthright but always welcoming and with a fine, enquiring mind.”

School principal Lisa Kerr said staff and pupils will remember him as “someone who made students feel at ease in his presence and who shared their love of Gordonstoun”.

She added: “He had an immensely strong character, combined with a unique sense of fun, infectious optimism and strong sense of duty.”