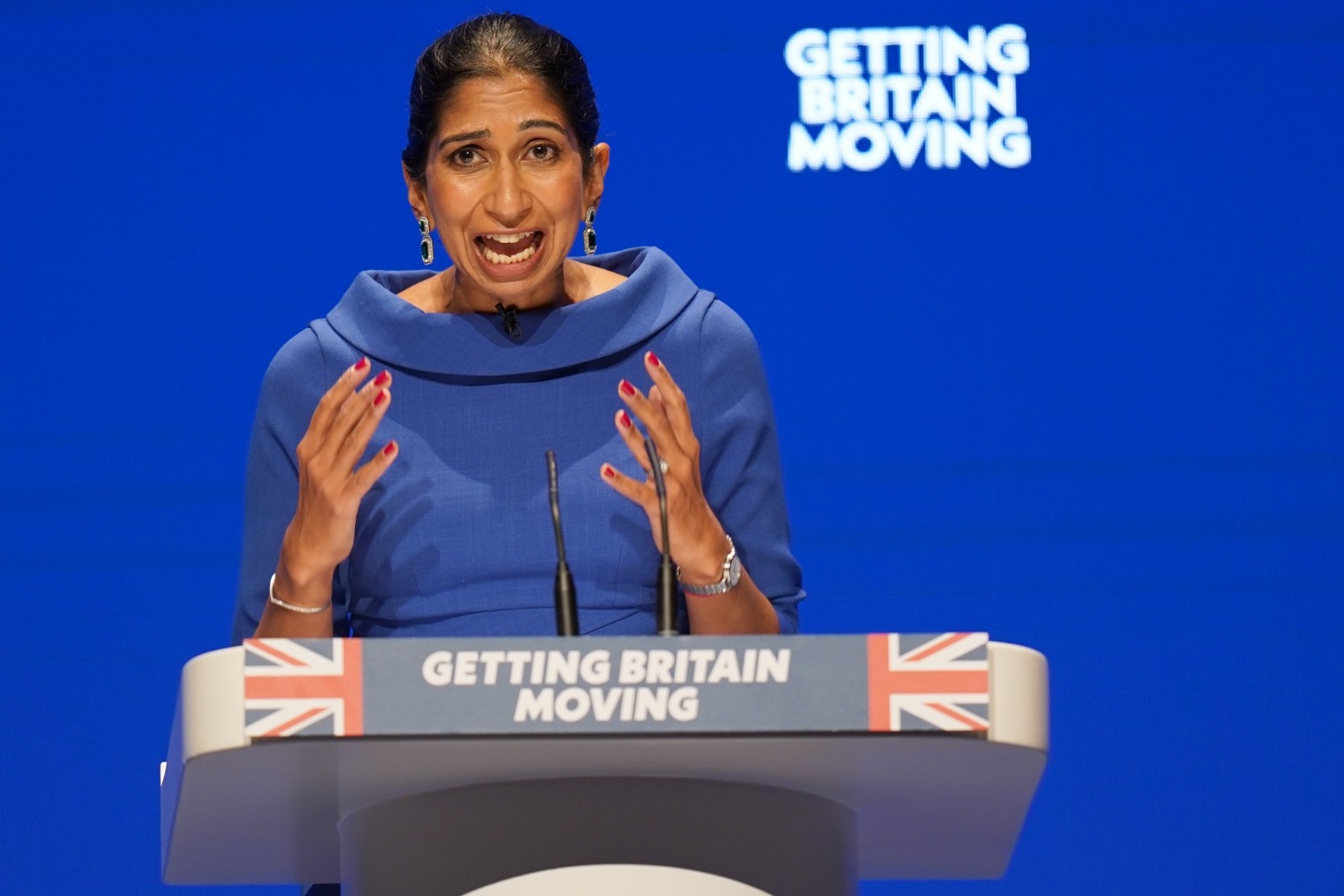 Suella Braverman has unveiled plans for a major crackdown on the kind of protest favoured by climate activists – as she pledged to stop demonstrators holding the public “to ransom”.

The Home Secretary said she will give the police new powers to take a more “proactive” approach to some protests, with measures specifically targeted at the tactics used by some environmental groups.

Ms Braverman had already voiced her opposition to the type of protest favoured by some environmental activists, telling the Tory conference earlier this month there is “not a human right to vandalise property”.

Accusing protesters of draining police resources, Ms Braverman will use the Government’s Public Order Bill to allow secretaries of state to apply for injunctions in the “public interest” where protests are causing or threatening “serious disruption or a serious adverse impact on public safety”.

According to the Home Office, this will include protecting access to “essential” goods, services and “key” infrastructure.

Ms Braverman said: “I will not bend to protestors attempting to hold the British public to ransom.

“Preventing our emergency services from reaching those who desperately need them is indefensible, hideously selfish and in no way in the public interest.

“This serious and dangerous disruption, let alone the vandalism, is not a freedom of expression, nor a human right. It must stop.”

More than 350 Just Stop Oil protesters have been arrested in London since the start of October, according to Home Office figures.

The Home Secretary and Mayor of London Sadiq Khan are set to attend a meeting chaired by Chancellor of the Duchy of Lancaster Nadhim Zahawi, where the recent protests are expected to be discussed.

The Home Office said the proposed public order legislation would create a new criminal offence of interfering with infrastructure such as oil refineries, airports, railways and printing presses.

Such an offence would carry a maximum sentence of 12 months in prison, an unlimited fine, or both.

“Locking on” or “going equipped to lock-on” to other people, objects or buildings to cause “serious disruption” could see people imprisoned for six months or hit with an unlimited fine.

A new criminal office of tunnelling to cause serious disruption is also being created, which will carry a maximum penalty of three years’ imprisonment as well as the potential for an unlimited fine.

An offence of going equipped to tunnel will also be created.

The Public Order Bill will return to Parliament next week and Ms Braverman said it is “high time” MPs back it.

“The police need strengthened and tougher powers to match the rise in self-defeating protest tactics and that’s what the Public Order Bill will do.

“It’s high time Parliament got behind it and put the law-abiding majority first.”

The Home Office is also promising that stop-and-search measures and new serious disruption prevention orders will support the police, with the latter targeting those repeatedly convicted of protest-related offences.