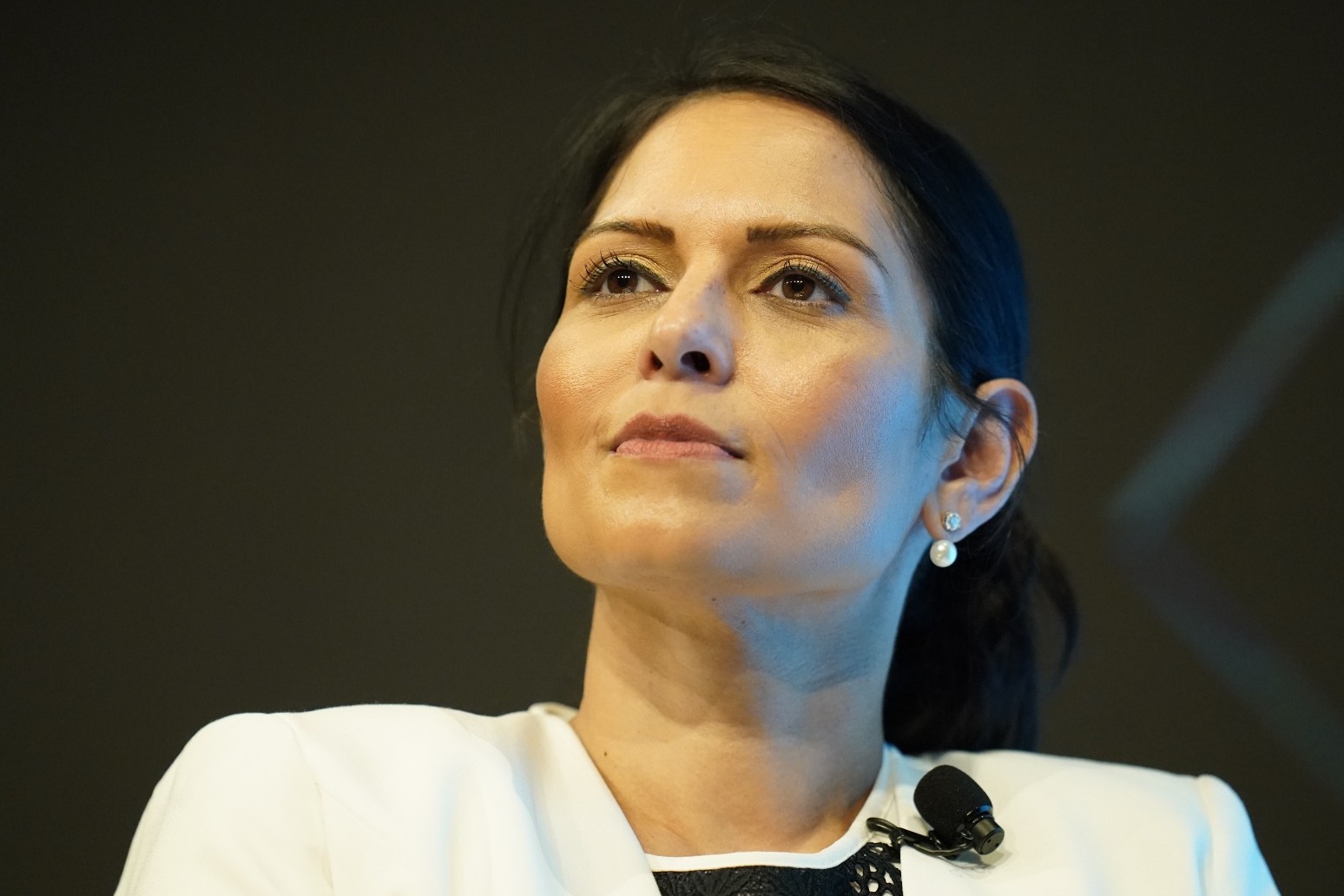 Home Secretary Priti Patel has pulled out of being questioned by MPs over the plan to send migrants to Rwanda, public confidence in policing and other Home Office polices.

Home Secretary Priti Patel has pulled out of being questioned by MPs over the plan to send migrants to Rwanda, public confidence in policing and other Home Office polices.

The Commons Home Affairs Committee was due to quiz Ms Patel on Wednesday morning but she cancelled her attendance late on Tuesday afternoon.

SNP committee member Stuart McDonald said on Twitter that Ms Patel sent an email shortly before 5pm to cancel because of “recent changes in government”.

She was due to attend alongside her permanent and second permanent secretaries Matthew Rycroft and Tricia Hayes.

The committee said in a tweet: “This morning at 10.00am we were due to be questioning the Home Secretary, Priti Patel. She has declined to attend our session.”

Shadow home secretary Yvette Cooper accused the Government of being in “total chaos” and asked: “What on Earth is going on?

“Why has Priti Patel refused at the last minute to go to the Commons Home Affairs Committee so MPs can ask her about passport delays, asylum delays, rising crime, falling prosecutions, record low rape charges, record high fraud and more?”

“Conservative ministers are clearly far too engrossed in political infighting to do their jobs. The British people deserve better.

“Priti Patel must come before Parliament to answer for her record now, or make way for someone who will.”