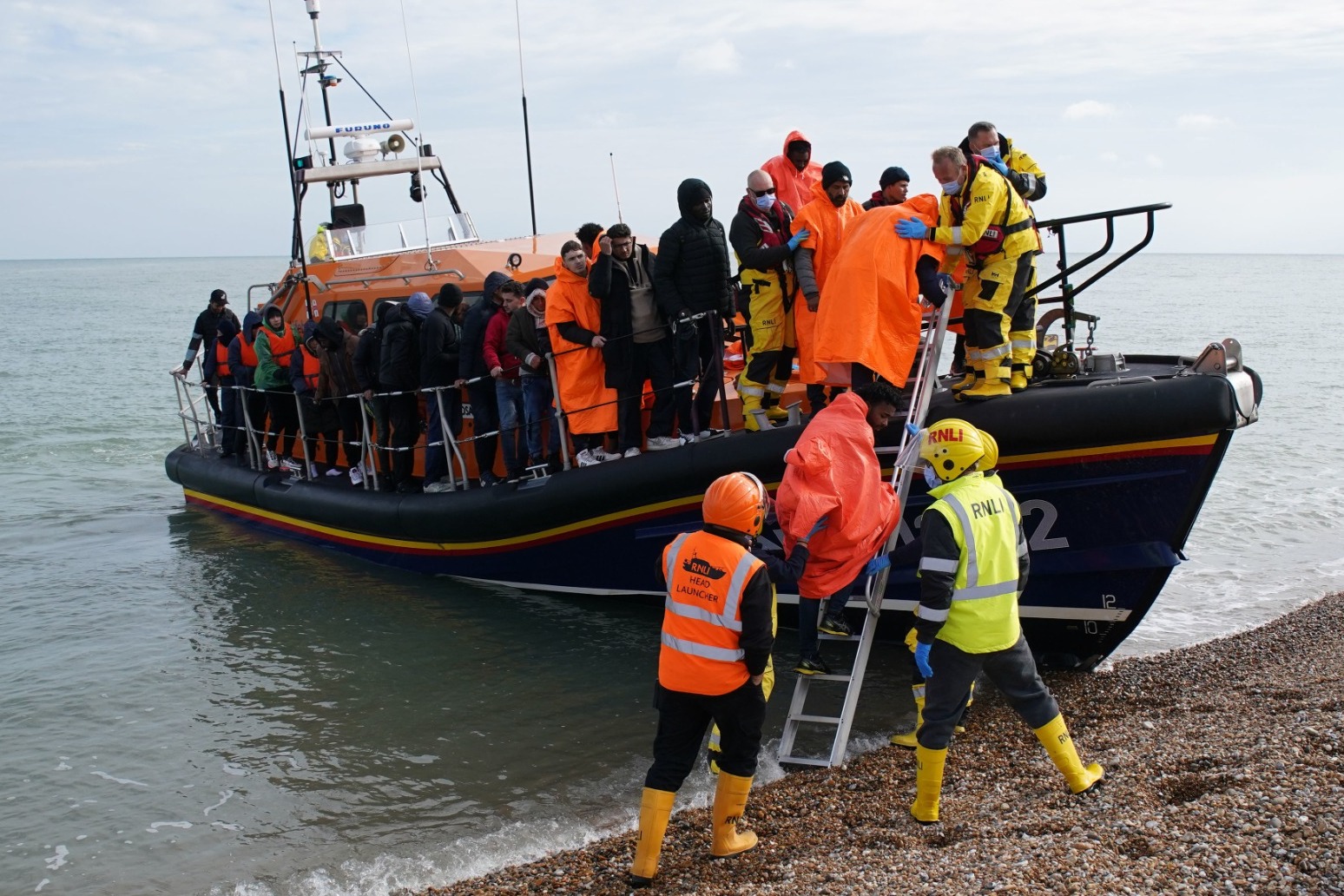 The Home Secretary and the immigration minister could be summoned to face MPs to explain the “car crash” decisions behind the chaos at a migrant holding centre.

Conservative MP Sir Roger Gale said he has put forward an urgent question in the Commons to be answered by Suella Braverman or Robert Jenrick.

The veteran backbencher described the overcrowding at the Manston site in Kent as “wholly unacceptable” and suggested it may have been allowed to happen “deliberately”.

It came as the Channel crossing crisis deepened, amid growing concern over the conditions in which migrants are being held while waiting to be processed once they arrive in the UK, and after one of the sites in Dover was firebombed.

So far this year, close to 40,000 people have made the treacherous journey from France, crossing the world’s busiest shipping lanes in dinghies and other small boats, provisional Government figures show.

Sir Roger told Sky News there are now more than 4,000 people at the Manston facility, describing the situation there as a “breach of humane conditions”.

Speaking to BBC Radio 4’s Today programme, he said: “There are simply far too many people and this situation should never have been allowed to develop, and I’m not sure that it hasn’t almost been developed deliberately.”

The Home Office is struggling to find hotel accommodation, he said, adding that he now understands that this is a policy issue and a decision was taken not to book additional hotel space.

“That’s like driving a car down a motorway, seeing the motorway clear ahead, then there’s a car crash, and then suddenly there’s a five-mile tailback.

“The car crash was the decision not to book more hotel space,” he said.

Sir Roger believes it was a decision taken by the Home Secretary, but added that he is not sure whether it was the former post holder, Priti Patel, or Ms Braverman.

Dover MP Natalie Elphicke called for an “entirely fresh approach” to tackle the “out of control” Channel crossings when she appeared on TalkTV, adding: “What’s been happening is simply not working.”

Chief Inspector of Prisons Charlie Taylor said that in a forthcoming report he makes clear the Home Office and contractors “need to get a grip” of the crisis, telling the Today programme: “They need to speed up the processing of migrants, they need to make suitable provisions so people can be moved off site as quickly as possible and housed in humane and decent conditions.

“The facilities are not set up for people to be staying. It’s not a residential facility. It’s a short-term holding facility which is supposed to process people through.

“So, the danger is, if people are spending long periods of time in what are very cramped conditions without suitable accommodation, that’s just not acceptable.”

Mr Jenrick visited Manston on Sunday after another watchdog, Chief Inspector of Borders and Immigration David Neal, told MPs he was left “speechless” by the problems at the site.

In a post on Twitter, Mr Jenrick said migrants continue to be processed “securely” in “challenging conditions”, adding: “I was hugely impressed by the staff I met, managing this intolerable situation.”

The same day police said two or three incendiary devices were thrown at a migrant processing centre in Dover and caused a fire.

The suspect was identified and found at a nearby petrol station, where he was confirmed dead, Kent Police said.

Two people inside the centre at Western Jet Foil were left with minor injuries.

Although the site remained open, 700 people were moved to Manston for safety reasons.

A Reuters photographer said a man threw petrol bombs with fireworks attached before killing himself. The news agency reported the attacker was described as a white man wearing a striped top, who drove up to the centre in a white Seat 4×4 vehicle.

Some 468 people arrived in the UK on Sunday after crossing the Channel in eight boats, the Ministry of Defence (MoD) said, taking the provisional total for the year so far to 39,864.

Environment minister Mark Spencer told Sky News the UK needs to find a way to deal with migrants “compassionately” as he acknowledged there are “huge challenges” in the system.

Speaking on BBC Breakfast, he said there is no “silver bullet” to fix the migrant crisis, adding: “Clearly there’s more to do, but we’re making progress.”