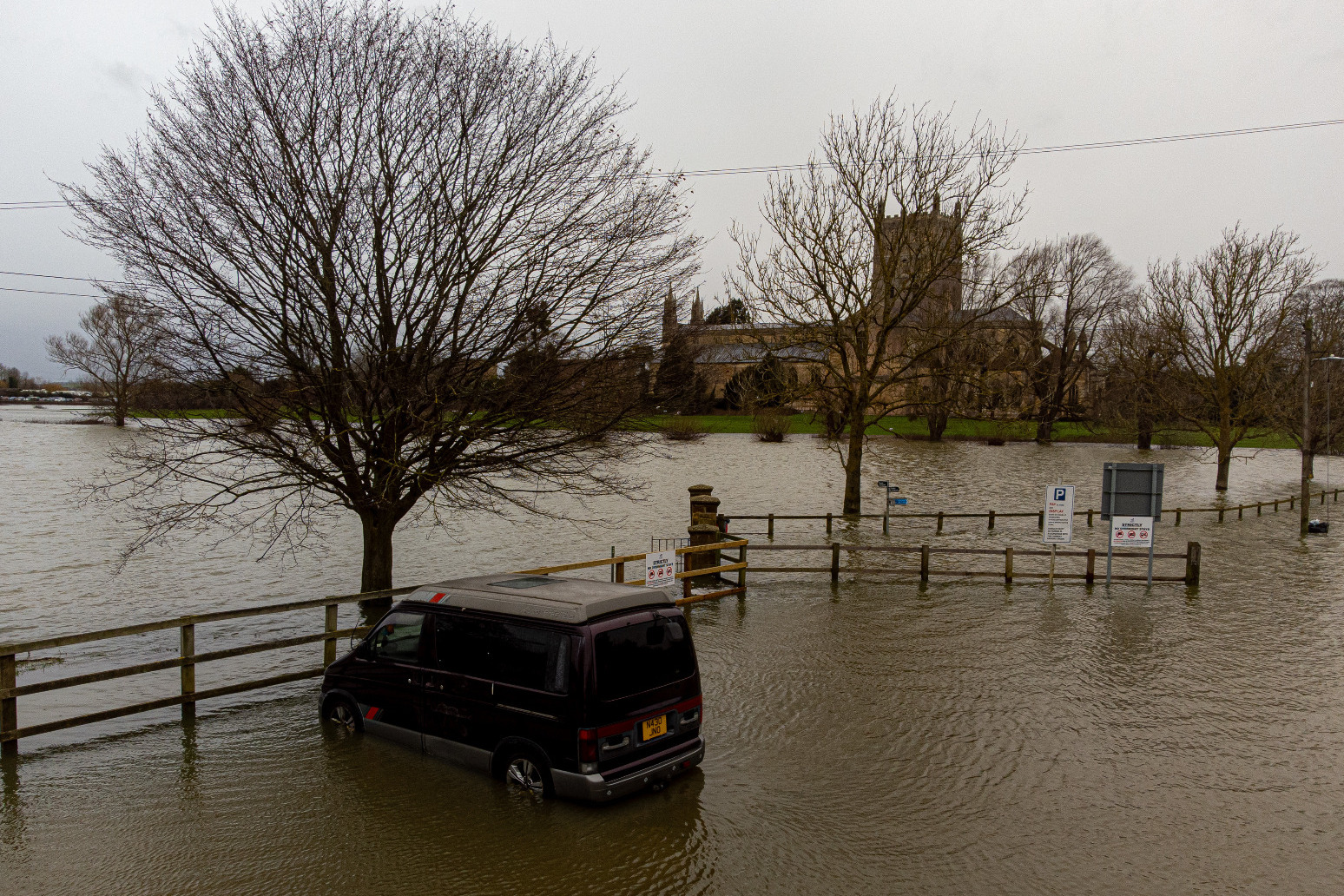 The Met Office have issued warnings across much of South West England and Wales, and Herefordshire and Shropshire until late Thursday afternoon

Homes and business in some parts of the UK could be flooded due to heavy rain from Wednesday night into Thursday afternoon, forecasters have warned.

The Met Office has issued a yellow weather warning for rain from 9pm on Wednesday until 5pm on Thursday across much of South West England and Wales, and Herefordshire and Shropshire.

The warning said some higher ground areas may see 70-90 mm or more of rain during this period, adding that homes and businesses could be deluged and some properties may experience power cuts.

Downpours could also cause delays or cancellations to public transport and spray and flooding could lead to treacherous driving conditions and road closures, the forecaster added.

The Met Office also warned that “some communities may be cut off by flooded roads”.

It comes as aerial photos showed heavy rain has left areas around Tewkesbury, a town in Gloucestershire, submerged in flood water.

Met Office guidance also stated that “very strong west or southwest winds are expected, producing gusts to 45 mph inland and 60 mph along some coasts and across high ground, with the peak in the winds most likely on Wednesday night”.

Met Office meteorologist Aidan McGivern said: “With all that wet weather coming in, there are concerns, particularly for those areas that have already seen so much rain across western England and Wales.

“The wettest weather is likely to see 60-80mm falling across the Brecon Beacons and Exmoor.”

The Met Office said further persistent rain will move in on Friday night and into Saturday, with the heaviest rain likely to be further north, including north Wales, northern England and Scotland.

The Environment Agency has issued 35 flood warnings and 109 alerts for areas where flooding is expected or possible in England.

On Wednesday, Mark Garratt, flood duty manager at the Environment Agency, said: “Continued heavy rainfall across England means that minor localised surface water and river flooding is probable in parts of the Midlands and the South West of England today, with impacts potentially continuing throughout the week.

“With the ground already saturated, communities in these areas should check their flood risk.

“The Environment Agency is monitoring flood levels, operating flood gates and barriers at locations across the country, and ensuring debris screens are clear from blockages to ensure communities are better protected.

“We advise people to stay away from swollen rivers and urge people not to drive through flood water as just 30cm of flowing water is enough to move your car.”