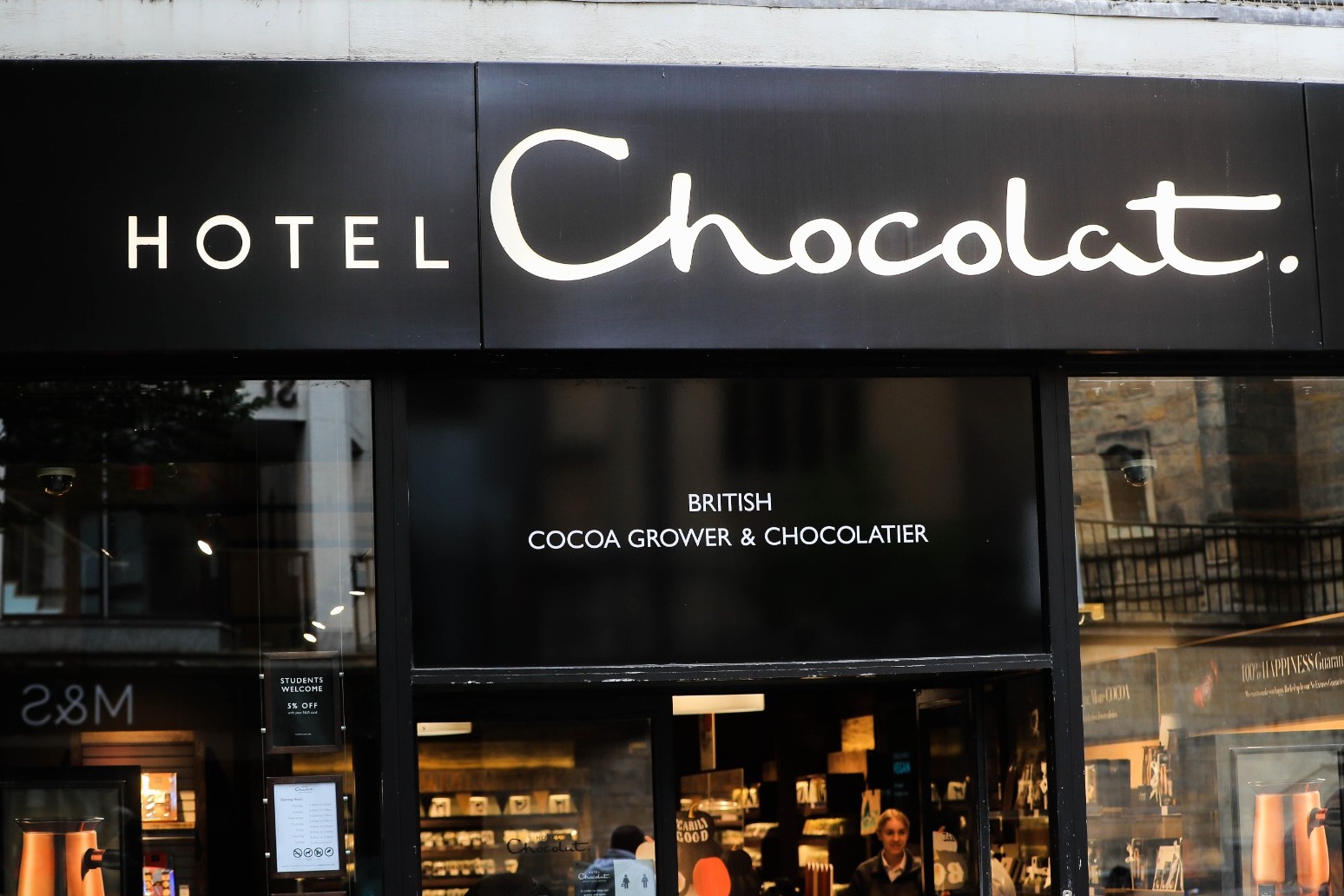 Hotel Chocolat has seen its shares plummet after warning over results for this year and next as it revealed writedowns and pared-back growth plans due to consumer spending woes.

The group said it now expects to report a bottom-line loss for the year to June 26 after taking action amid the wider economic uncertainty, including shutting its US retail stores and halting investment in its joint venture in Japan.

Co-founder and chief executive Angus Thirlwell said the company is continuing to open stores in the UK and increasing its focus on drinkable chocolate, but revealed that UK sales growth will be slower over the year ahead.

Shares tumbled by as much as 47% at one stage on Tuesday as the firm said this will leave it nursing a statutory loss for 2021-22 after booking £26 million in writedowns.

It said it is booking a £3 million hit for the US store closures and a further £23 million after writing off its investment in the Japanese tie-up.

The group will move to being online only in America after shutting its five retail stores in a move affecting fewer than 50 staff.

Hotel Chocolat said it aims to keep its minority stake in the Japanese joint venture, but will pause any further spending on the business for now.

“In response to the change in the global macroeconomic environment, investment levels in the USA and the Japan joint venture will be materially reduced, with ongoing investment limited to essential working capital only,” it said.

Hotel Chocolat added that it will focus on the “most proven and lowest-risk strategies” over the next three years in the face of economic challenges, which will lead to lower profits in 2022-23.

But it said profits should be higher in future years.

Mr Thirlwell told the PA news agency the group is taking early action to remain “ahead of the curve” as the economic outlook changes.

“We believe in the medium-term opportunities in the US and Japan, but, in the medium term, we’re going to double down on the UK market,” he said.

He admitted the market has “rapidly changed for all businesses” over the past six months.

“A year of exceptional sales growth following two years of reactionary tactics to the pandemic has left clear opportunities for us to proactively streamline overheads and improve gross margins,” he said.

Mr Thirlwell added: “While we expect a temporary lower sales growth rate and profit margin for 2022-23 as we carry through our adjustments, the result will be a business delivering greater results, with less risk and an even stronger balance sheet with a higher profit percentage growth in 2023-24 and 2024-25.”