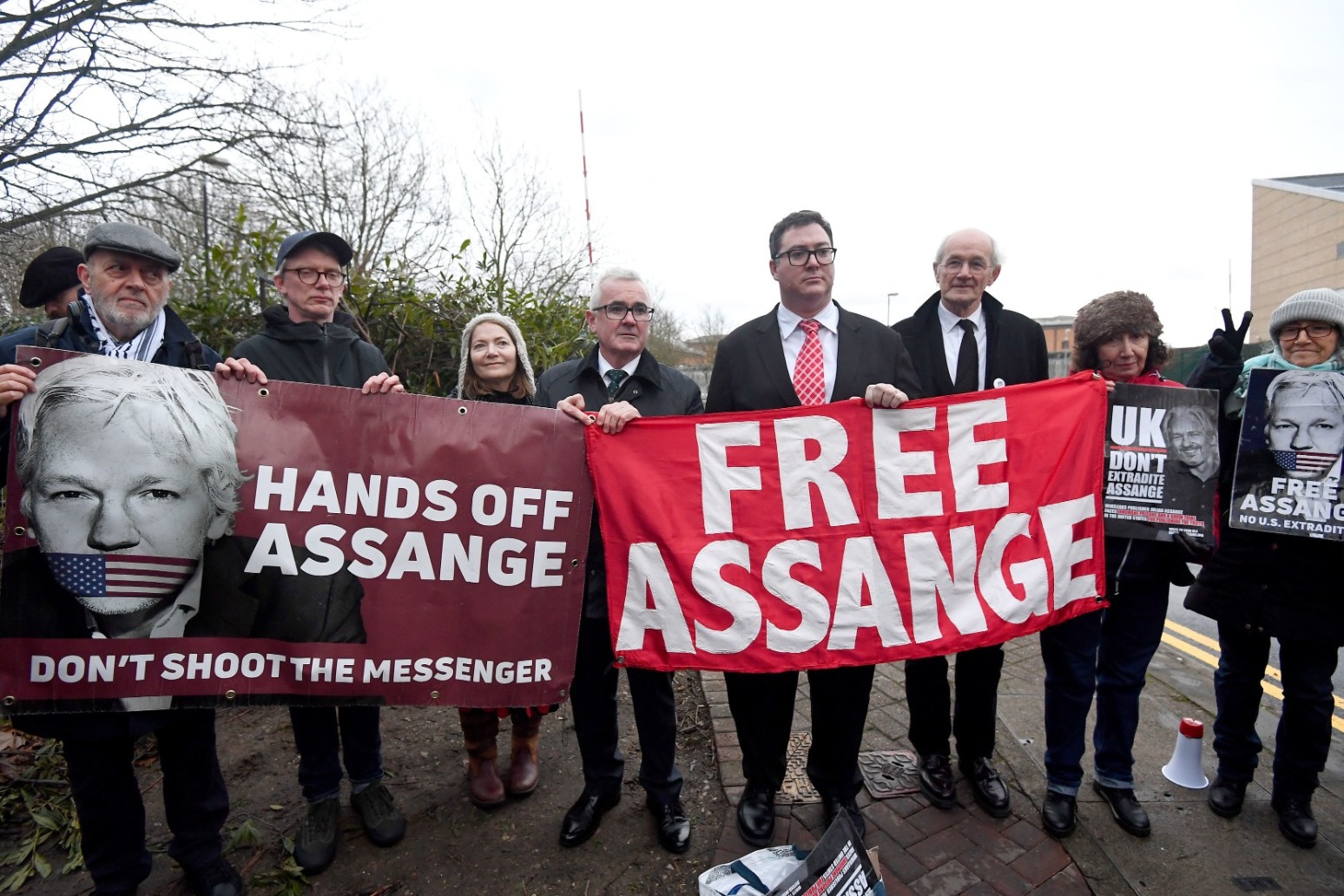 Thousands of people will form a human chain around Parliament on Saturday calling for the release of WikiLeaks founder Julian Assange.

He is being held in Belmarsh prison in London amid a lengthy legal battle to avoid extradition to the United States.

His wife Stella told the PA news agency that his health has deteriorated since he was dragged out of the Ecuadorian Embassy in London in 2019.

“This is a political case and it must be stopped in Parliament which is why Saturday’s protest is so important.

“We are encouraging MPs to join us to send a strong message of solidarity to Julian.”

The WikiLeaks founder fears he could face a 175-year prison sentence if extradited to the US.

John Rees, a leading supporter of Mr Assange, said: “Julian Assange’s fate is still before the British courts. They will soon decide whether the Government plan to agree to extradite him to the US is legal. Public opinion always plays a key role in political cases.

“The surround Parliament demonstration will be a huge wake-up call for the Government and the judiciary. The message will be loud and it will be clear: don’t extradite Assange, stand up for a free press.”

Human rights organisations and journalist groups across the world have expressed outrage at the continued imprisonment of Mr Assange.

The United Nations High Commissioner for Human Rights, Michelle Bachelet, has said the potential extradition and prosecution of Julian Assange raises concerns for media freedom and could have a “chilling effect” on investigative journalism.

Mr Assange’s attorneys are appealing against the UK Home Secretary’s decision to extradite Assange to the US.