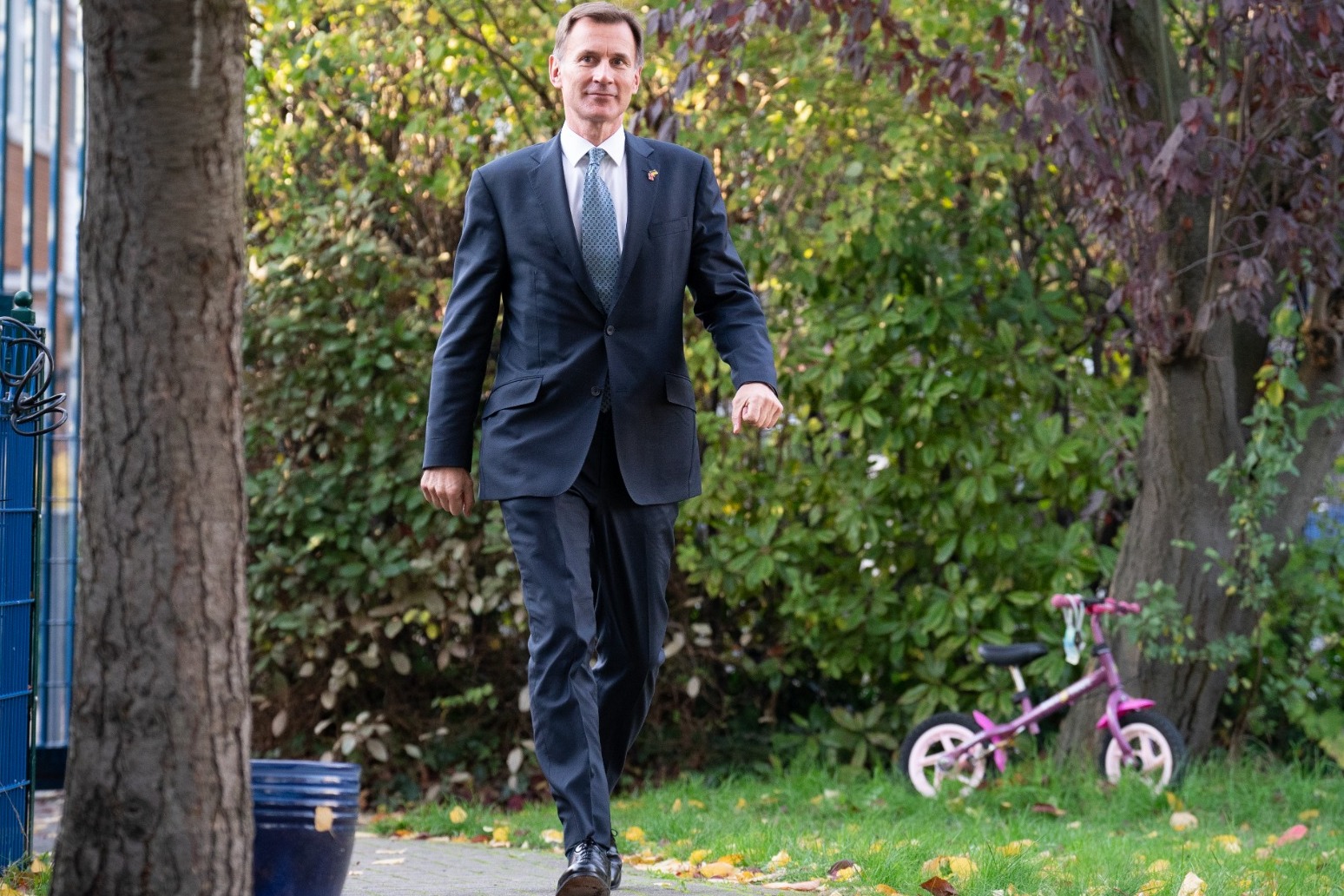 Jeremy Hunt has been warned his planned spending cuts may prove “undeliverable” as he faced criticism from some senior Tories for raising taxes as he seeks to rebuild the UK’s battered public finances.

Former business secretary Jacob Rees-Mogg accused the Chancellor of taking the “easy option” in Thursday’s autumn statement rather than bearing down harder on public spending.

He said the country needed lower taxes to drive up growth after Mr Hunt acknowledged that the UK was already in recession.

At the same time, independent analysts said Mr Hunt’s promised spending cuts would mean a prolonged squeeze on public sector pay despite a growing clamour in many services for real-terms increases after the years of austerity.

The Institute for Fiscal Studies (IFS) said delaying the difficult decisions as to where the axe will fall until after the next general election would “stretch credulity” and questioned whether they would actually happen.

Mr Hunt set out his plans for £55 billion of tax hikes and spending cuts against the backdrop of a bleak set of economic forecasts from the Office of Budget Responsibility (OBR), underlining the damage wreaked by the war in Ukraine.

It said that rampaging inflation as a result of the energy price shock meant living standards are set to fall by 7% over the next two years – taking them back to where they were in 2014.

The economy is predicted to contract by 1.4% next year, unemployment is expected to rise by more than 500,000 while taxes are set to reach their highest level as a share of national income since the end of the Second World War.

In the Commons, Mr Hunt said the measures he was taking – £25 billion in tax rises and £30 billion in spending cuts – would mean the downturn in the economy would be “shallower” than would have otherwise been the case.

Spending on health, education and defence will be protected, support for energy bills will continue although at a lower level, while benefits and pensions will rise in line with inflation.

Much of the increase in taxes will come from extending the freeze on thresholds – meaning that more people get drawn into paying the basic and higher rates of tax, although different rates apply in Scotland.

Mr Rees-Mogg however strongly criticised the Chancellor’s approach, warning the increases will hit many people who are not particularly well off, including some who are receiving benefits.

“I think we need to look at the efficiency of government to make sure money is well spent before reaching for the easy option of putting up taxes,” he told Channel 4 News.

“What we actually need to be doing is having a strategy for growth and looking to lower taxes.”

Mr Rees-Mogg is a longstanding critic of Rishi Sunak, having criticised his record of raising taxes when he was chancellor and quitting when he became Prime Minister.

Nevertheless there is likely to be concern some among ministers that his intervention could signal trouble ahead, with many Tory MPs concerned about raising taxes as the country enters a recession.

Meanwhile, IFS director Paul Johnson questioned whether spending cuts due to kick in after 2025 could be delivered, with services like the police, the courts and local government facing “a very difficult few years”.

“Delaying all of the difficult decisions until after the next general election does cast doubt on the credibility of these plans. The tight spending plans post-2025, in particular, may stretch credulity,” he said.

The Resolution Foundation think tank said such cuts were “likely to be undeliverable” as they would require “years of holding down public sector wages below those in the private sector”.

In a round of post-statement broadcast interviews, Mr Hunt denied that he was putting off the difficult decisions.

“I think that a Conservative Chancellor who stands up in the Commons and announced £25 billion of tax rises, I don’t think anyone would say that is deferring a horrible decision,” he told ITV’s Peston programme.

He insisted said that his plan offered a route back to “more normality” for families across the country.

“Conservatives win elections when they are trusted with the economy. What you have seen today is a Conservative Chancellor outlining a very difficult path that gets us through this crisis,” he told the BBC.