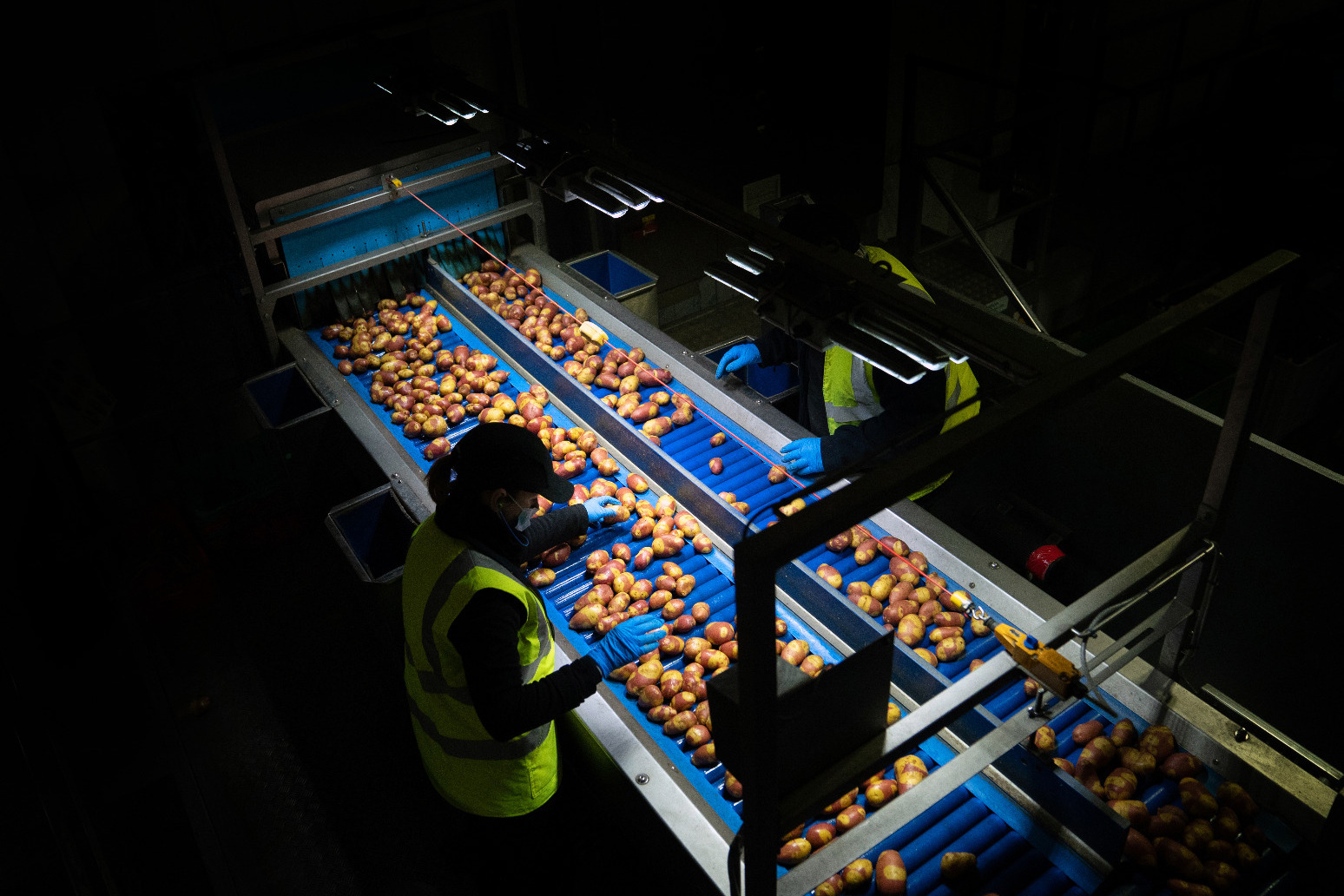 A hybrid potato named after the cartoon fish in Finding Nemo could save on roasting time on Christmas Day, according to an expert known as Dr Potato.

Dr David Nelson said it had been a “real labour of love” to work with the new Nemo variety of potato, which looks like the clownfish due to its unusual markings, for the last six years.

Dr Nelson, who is the agronomy director of Lincolnshire-based growers Branston, said: “We were looking at a variety that would not only taste superb but would also save on roasting time.

“Nemo is a natural hybrid that has been developed through carefully crossing an exceptionally wonderful-tasting fast-cooking Peruvian variety called Inca Bella and a popular, red-skinned salad variety called Franceline which grows well in the UK climate.”

He said there is a “limited amount” of the new potato this year, “but enough to cover the all-important Christmas period when roasting potatoes are at their most popular”.

Nemo potatoes have been grown and developed over the last six years by Branston, one of the UK’s largest potato suppliers, exclusively for Tesco.

The variety requires less water and fertiliser to grow than other varieties, and is 25% faster to cook, saving energy in the home, according to the supermarket giant.

Tesco potato buyer Hannah Moseley said: “Just about everyone who has tasted the new Nemo variety consider it to be the best roasting potato ever – even better than the King Edward or Maris Piper.

“Not only do they taste wonderfully rich and buttery but they are also light and fluffy on the inside with a beautiful golden crispness on the outside – basically perfect roasties.

“But an added bonus is that they roast about 10 minutes quicker than European varieties.

“We have a limited amount this year for the all-important Christmas period but will then have to wait until more are grown, which will be around September next year.”

The potatoes, being sold as Tesco Finest British Roasting Potatoes, are being launched by the supermarket in the run-up to Christmas.

Tesco said demand for roasting potatoes at this time of year rockets by around 500% compared with a normal shopping week.

The Nemo potatoes were developed by Branston at its main site in Branston, Lincolnshire, and grown at one of its sites in Suffolk.