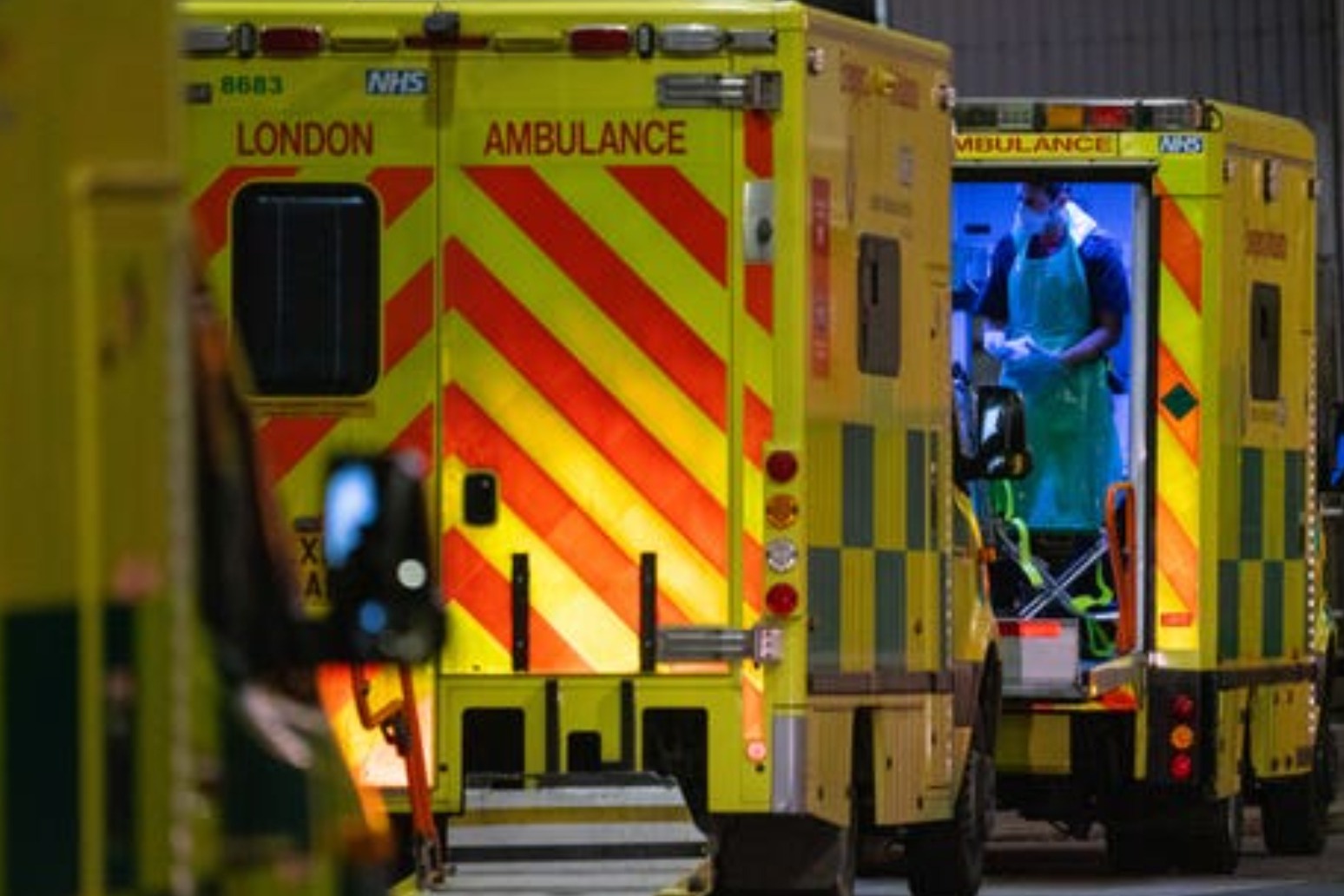 A senior medic has warned against easing lockdown measures too soon.

A senior medic has warned against easing lockdown measures too soon because hospitals are “still in the thick” of coronavirus infections.

Anthony Gordon, professor of critical care medicine at Imperial College London, said intensive care units were still “full to the rafters” and the public would have to wait longer for “relief”.

The Prime Minister on Friday also said it was “early days” to be considering releasing restrictions as Conservative MPs called for schools in England to return before the March 8 target date and for all measures to be dumped by May when all over-50s and the clinically vulnerable are expected to have been vaccinated.

The pace of the vaccine rollout, with almost 11 million people given their first dose jab, has brought hope that restrictions could begin to be scrapped, with some experts predicting that people could see friends and family as soon as March and newspapers reporting that shops could open in April, followed by pubs in May.

Speaking on BBC Radio 4, Prof Gordon said: “I think we’re all hoping that there is relief from all of this, from the lockdowns and so on eventually, but at the moment we are still very much in the thick of it for a little while longer.

“What I’m seeing is that we’re still extremely busy. We’ve expanded into these surge ICUs and they are still fully open and full with patients.”

With the Prime Minister due to set out his road map for reopening society later this month, the Sun reported that ministers are preparing to allow pubs to serve takeaway pints in April before fully reopening in May.

Meanwhile, the Telegraph said the prospect of dry pubs was being discussed as an option to allow bars to open their doors in April but Government sources were dismissive about the idea, asking what the “point” of a pub without alcohol would be.

In a sign that the current restrictions are working, the reproduction number, or R value, of coronavirus transmission across the UK fell to between 0.7 and 1, according to the latest Government figures – down from between 0.7 and 1.1 last week.

It has been suggested that, with falling case numbers, lockdown easing could pave the way for outdoor team and individual sports to resume, as well as outdoor gatherings, within weeks of schools returning in March.

The calls for classrooms to open after the half-term break come as the devolved administrations in Wales and Scotland both announced that some primary schools year groups will return by February 22.

The Times reported that non-essential shops were being pencilled in for reopening in April by Downing Street, with the prospect of fans being in stadiums in time for the European championships in June.

Former health secretary Jeremy Hunt said the nation needed to have a “plan B” to continue to tackle the threat of new variants if the vaccine programme was to continue being a success and to allow society to return to normal.

It comes as the Department for Health and Social Care said more areas will have additional testing made available, to control the spread of Covid-19 variants.

People living around the Worcestershire WR3 postcode, the PR9 postcode in Sefton, Merseyside, and within areas in Bristol and South Gloucestershire, are being “strongly encouraged to take a Covid-19 test this week, whether they are showing symptoms or not” after variants were discovered in those regions.

“Positive cases will be sequenced for genomic data to help understand Covid-19 variants and their spread within these areas,” the department said on Saturday.

Mr Hunt, chairman of the Health Committee, pointed out that vaccines minister Nadhim Zahawi had said there were 4,000 different mutations around the world, and it may well be that one of those is immune to the vaccines.

Mr Hunt told BBC Breakfast: “We need to have a plan B that makes sure that having done all of this work with this brilliant vaccine programme, that is by far the most successful anywhere is Europe, that is not then undermined because we suddenly find ourselves subject to a new mutation that is immune to all these vaccines.”

Clive Dix, chairman of the UK Vaccine Taskforce, suggested scientists were ahead of the game on that front by working to “second guess” future mutations in order to create new potential vaccines.

Admitting there was the “possibility” of a vaccine-evading variant, he told Today: “Taking that (genome sequencing) data and having scientists look very seriously at what’s emerging – where the mutations are occurring, what they might do to the protein – we can kind of second guess some mutations that haven’t even occurred yet and we can go ahead and make those.

“And that’s part of the collaboration – we’ll make libraries of future vaccines, just small amounts, enough to then, if it does occur, do a quick clinical study to see that it works and then start manufacturing.”

As of Friday, a further 1,014 people had died within 28 days of testing positive for Covid-19 and there were another 19,114 lab-confirmed cases of coronavirus in the UK.