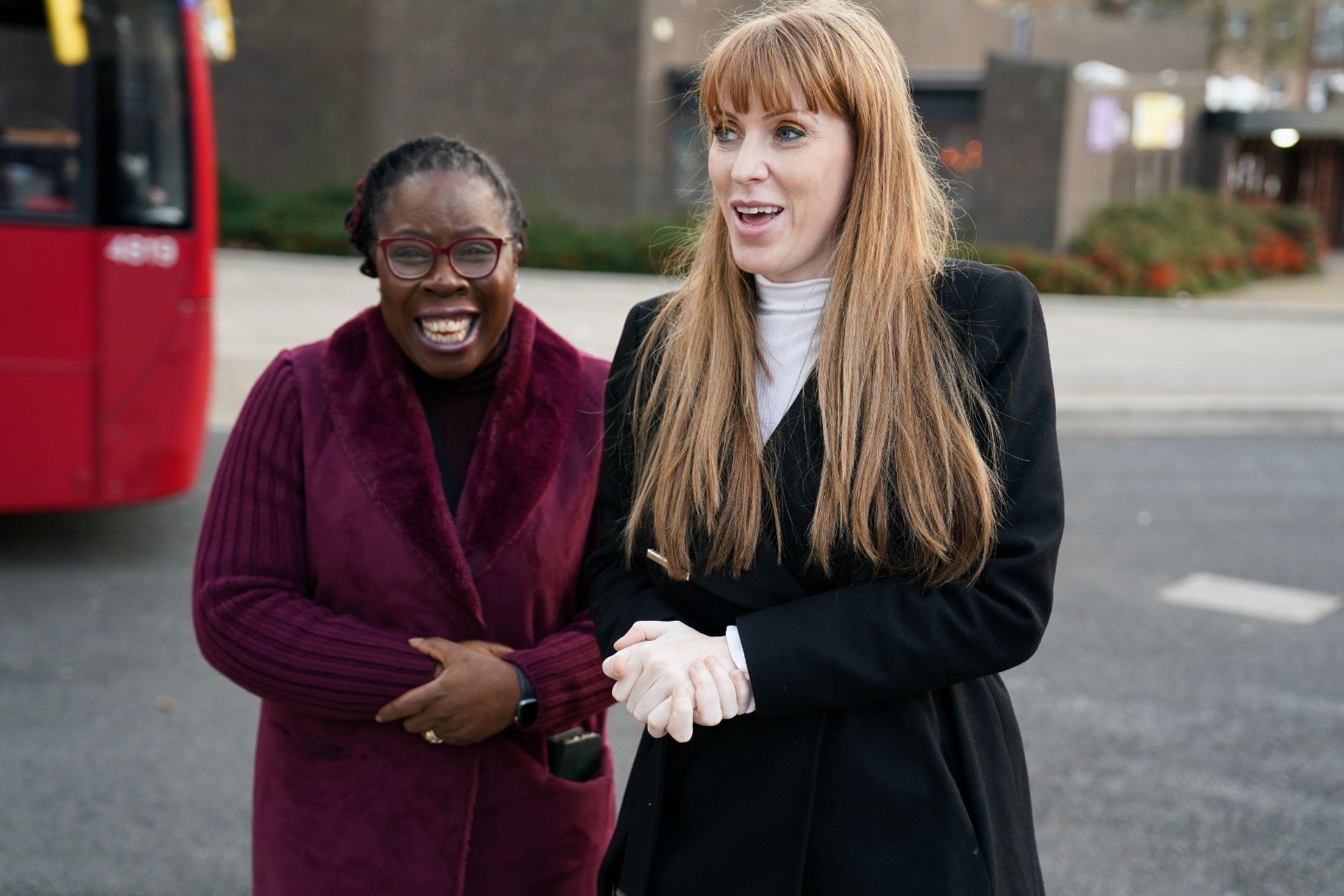 Labour is ready for a female leader, Angela Rayner has said, as she revealed she was “doing the groundwork now” to ensure the party’s next chief was a woman.

The deputy leader, speaking to Times Radio, said she would “certainly be pushing” for Sir Keir Starmer’s successor to be a woman.

But she joked that at the moment she was “happy with Keir because I get to be the woman in charge”.

Speaking ahead of International Women’s Day on Tuesday, Ms Rayner gave her views on feminism, the difficulties of being a woman in politics, and on the arguments on trans rights on the left.

“There’s different brands or different shades of feminism, and people wear their feminism in the way that it works for them,” she said, warning that “sometimes the language and the tone of feminism puts people off”.

But she said: “My friends who are, you know, holding down two jobs, got seven kids, looking after the grandkids and everything else, they are just as much of a feminist as I am, but they would not recognise it in that way.”

She added: “It’s about supporting, understanding and celebrating who you are as a woman. So if you like pink things, great, it doesn’t mean you’re not a feminist because you like to wear pink.”

But the Ashton-under-Lyne MP admitted it was more difficult to be a woman in politics than it was for men.

She said: “It’s a fact. And that’s across the political spectrum.

“You see the misogyny, unfortunately, that that is around that means that women do get it more difficult.”

This includes, she said, threats faced on and offline.

“I thought that when I became deputy leader, that the abuse and the threats that I got was because I’m deputy leader of the Labour Party,” Ms Rayner told Times Radio.

“It actually transpires that many women, even women who were just MPs, without any frontbench role, are getting levels of threats that I get, and I find that absolutely astonishing.

“It is not unique to me, and that in itself is quite a worrying factor.

“It’s not because of who I am, or because of what I say, and I hear it from across the other side of the House as well. Many Conservative MPs, female MPs, get exactly the same.”

But she said she would still urge women to get into politics, as change was happening.

Asked if Labour was ready for a female leader, and whether she would consider standing for the role herself, Ms Rayner said: “I think the Labour Party is ready and I’m doing the groundwork now to make sure it’s ready by supporting other women and saying you can achieve whatever you want to achieve.

“And if I was to answer to you and say ‘yeah, I’m going to stand for the leader of the Labour Party’ I hope that that would encourage other women to say ‘I’m going to stand’ not say ‘oh, well, Angie’s standing so I can’t’.”

She added: “I think we’re ready for it and I’d certainly be pushing for it. But at the moment I’m happy with Keir because I get to be the woman in charge.”

Ms Rayner was also asked about clashes on the left to do with trans rights.

“I think we should not conduct those debates on social media is my number one,” she said, as she denounced the abuse faced by fellow Labour MP Rosie Duffield for her views.

She said: “I believe there’s a way forward in our movement, just like there was (with) Section 28.”

She added: “I think there’s a pragmatic way through, I absolutely believe it.

“Actually, the two are the same and we can combine them. It’s just that sometimes when voices on the extreme of both arguments do not listen or understand the other side, it becomes a very heated debate and I think it’s damaging, it’s damaging for everybody, because obviously you can see the emotion.”

But she urged members like Ms Duffield not to leave Labour and continue discussing their views within the party.

“All the advancements that we’ve done on women’s rights and on any of the rights within this country and the progress we’ve made socially and economically have been because we’ve been able to challenge ourselves and have that debate,” she said.

“If we shut down debate, we’re not going to make progress.”