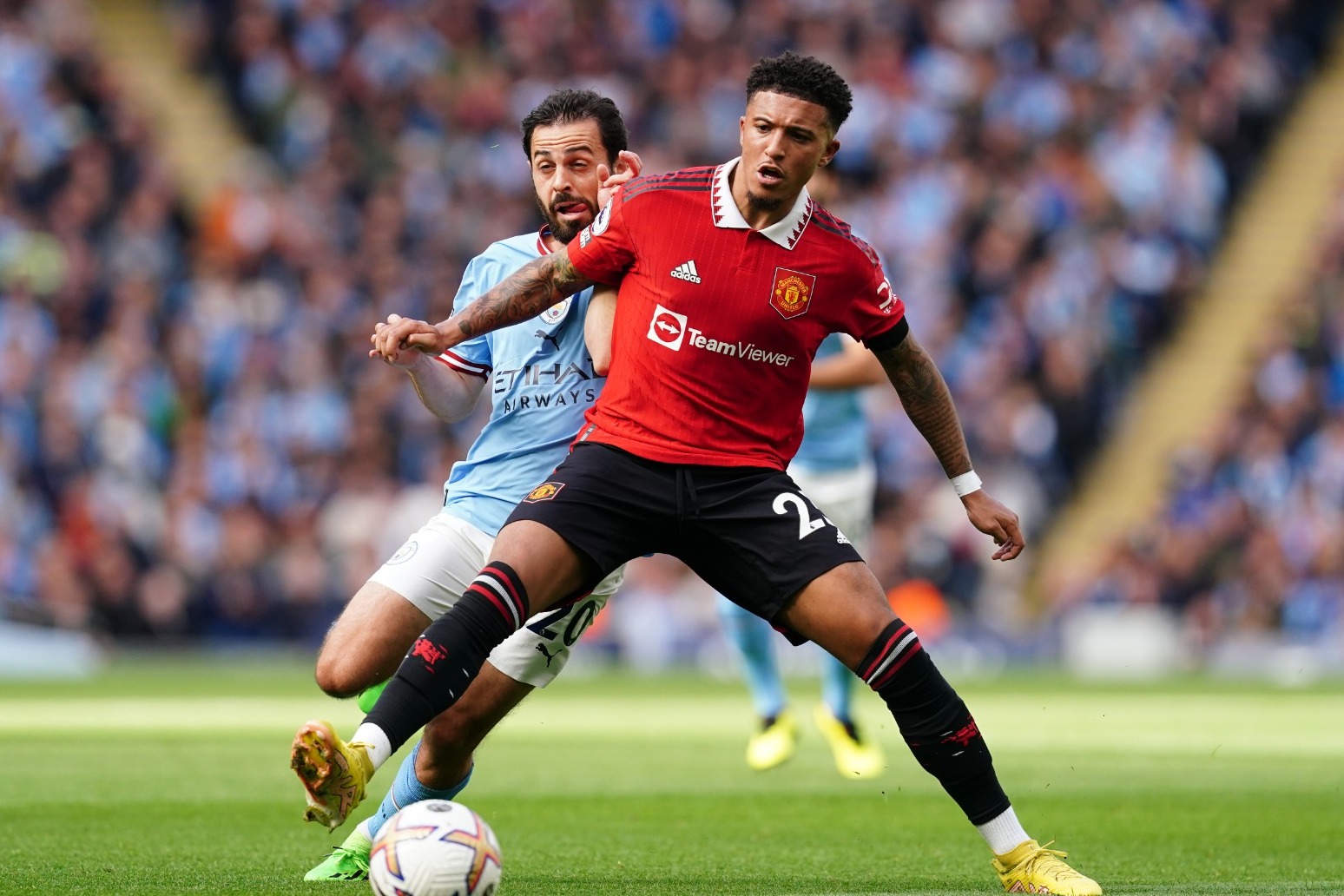 Jadon Sancho’s absence from the Manchester United squad looks set to continue after the winger was not involved in training ahead of Wednesday’s Carabao Cup clash against Burnley.

The 22-year-old was not listed among a 25-strong contingent present at Carrington on Tuesday, as boss Erik ten Hag prepared for the Red Devils’ return to action after the World Cup break.

Sancho was not selected by England for the tournament and instead found himself placed on an individual regime in the Netherlands, with Ten Hag concluding he was “not in the right status or fitness state” to join the club’s recent two-match tour of Spain.

Ten Hag had told reporters on the trip: “I have had several talks with Jadon. He’s on a physical programme and our aim is to get him back as quickly as possible, but I can’t give a prognosis of when that will be.”

He last featured on October 22, lasting 52 minutes of the 1-1 draw at Chelsea, and his first-team absence is now set to tick past two months.

A host of players freshly returned from Qatar were involved on Tuesday, with England’s Harry Maguire, Luke Shaw and Marcus Rashford joined by the Brazilian trio of Casemiro, Fred and Antony and fellow quarter-finalists Tyrell Malacia and Bruno Fernandes.

How many of those will be involved against the Clarets, who are managed by former Manchester City captain Vincent Kompany, remains to be seen but Argentina’s Lisandro Martinez and France’s Raphael Varane are yet to return following their appearance in the final.

Martinez watched from the bench as Argentina lifted the trophy for the third time in a memorable showpiece, while fellow defender Varane played 113 minutes for Les Bleus before departing ahead of the penalty shootout.

Scotland’s Scott McTominay was one of those watching from a distance and is ready to get back to competitive action alongside those who have been representing their countries in the Middle East.

“One thing the manager said was ‘when you come back, make sure you’re fit’. I think everyone is,” he told Sky Sports News.

“Everyone’s trained well in Spain and all our lads played extremely well in the World Cup. They’ve done so well, I’m so proud of them, especially Lisandro who’s gone one step further and won it.

“Everyone at Manchester United is so happy for him, he deserves it.”

McTominay has also had extra time to work at close quarters with Ten Hag, for whom the Carabao Cup represents a first potential shot at silverware, and is enthused about what lies ahead.

“He’s capable of doing big things at Manchester United. Without speaking too soon or saying too much he’s got everything a manager needs to really push us forward. This group of players he’s acquired is good enough to win trophies as well.”