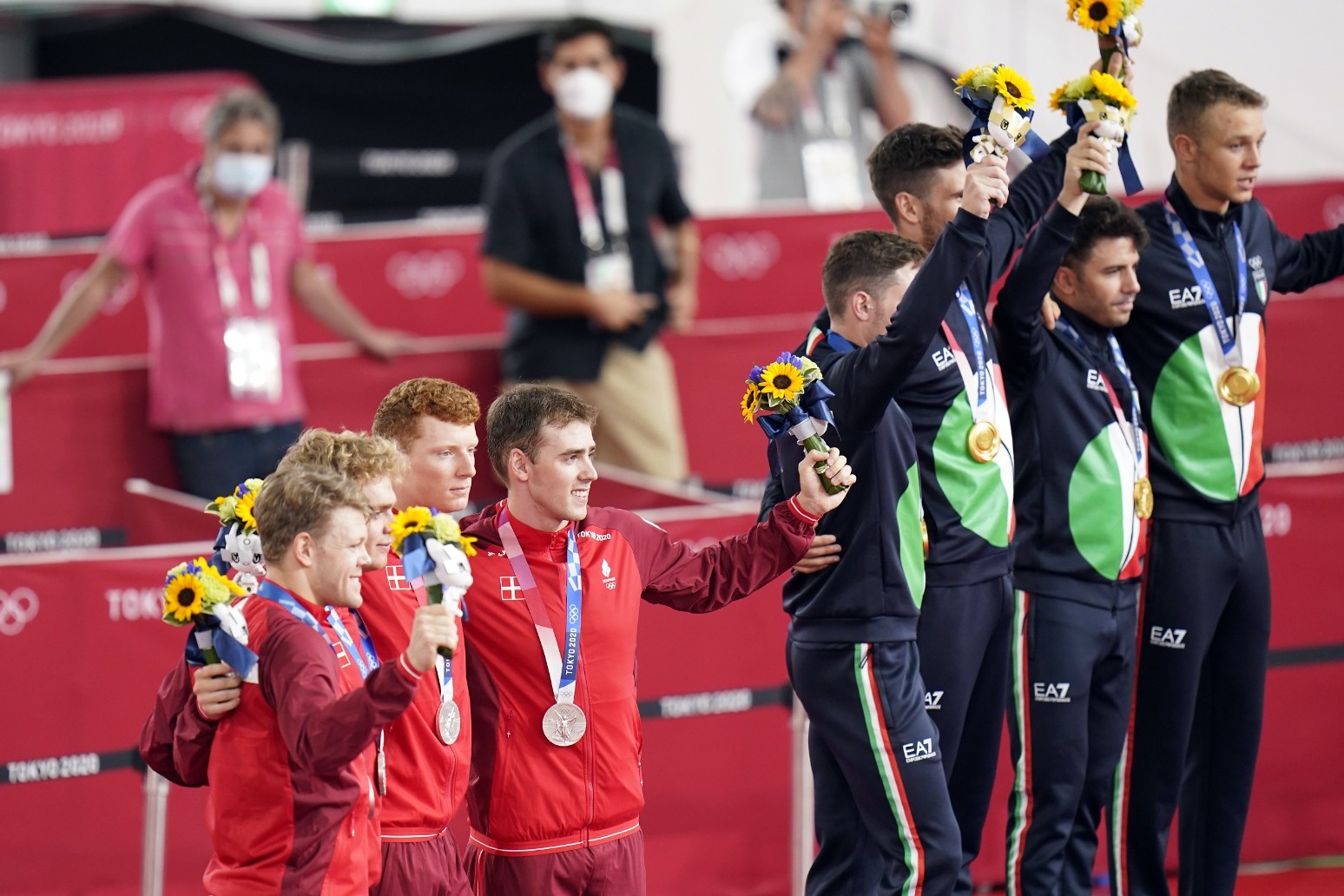 Jason Kenny called Jack Carlin Great Britain’s best chance of a medal in the Olympic men’s sprint as he sounded ready to hand over a second crown.

Jason Kenny called Jack Carlin Great Britain’s best chance of a medal in the Olympic men’s sprint as he sounded ready to hand over a second crown.

Kenny, who won Olympic sprint gold in London and Rio, said he had struggled to recover from the exertions of taking silver in Tuesday’s team event, qualifying only eighth fastest in the individual version a day later.

The six-time Olympic champion was pushed all the way to the line by Azizulhasni Awang of Malaysia in his first elimination race and then by Yuta Wakimoto of Japan in his second.

And that prompted the 33-year-old to say his younger team-mate, who qualified third fastest, was the one carrying British medal hopes in the event – with the Dutch duo of Jeffrey Hoogland and Harrie Lavreysen presumptive favourites.

“From my point of view I’ll keep chipping away. I’m playing a bit of a supporting role for the first time. If I can knock some out that’s one place closer to the podium and that’s the way I’m looking at it. Keep hammering away and take as many people as I can.

“I’ve been struggling a bit and struggling with recovering. Obviously, qualifying eighth puts you in the thick of it as well.

“So yes, it just felt like every ride was a final and I rode it like it was as well. I’m over the moon to get through the first day and that’s it really. Job done for today, get fuelled up and hope that tomorrow goes well as well.”

Carlin had an incident of his own when he nearly crashed into Muhammad Sahrom in the 1/16 finals, but looked strong as he came through.

“So far so good,” the 24-year-old said. “It was nice to put a time on the board that I have been kind of showing a bit of a sign of in training.

“I’ve blown the cobwebs away today a little bit.”

Katy Marchant also had a moment of drama as she advanced to the quarter-finals of the keirin, winning her first heat but finding herself relegated for straying out of bounds.

However, the Rio bronze medallist comfortably advanced from the repechage, and took the positives from the chance to ride again after so much time without elite racing.

“I just had a mishap coming in to turn three but that’s another opportunity to practice and I’d rather learn that lesson in the first round than in the semis or finals tomorrow,” she said.

Great Britain salvaged some pride with a new national record in the men’s team pursuit, even though they knew they could hope for no better than seventh place after Tuesday’s dramas.

Charlie Tanfield was able to stay upright this time, helping Ethan Hayter, Ethan Vernon and Ollie Wood stop the clock in a time of three minutes 45.636 seconds to take almost two seconds off the record set in qualifying on Monday.

“We’ve left on a good note,” Hayter said. “But it’s a bit of a case of ‘what might have been’ really. Something didn’t go quite right on the track here really.”

In a demonstration of how far from the pace they have fallen in these Games, they then watched on as Italy took the title Britain had held since 2008 with a new world record time of 3:42.032, edging out world champions Denmark by 0.166 seconds.

Denmark’s place in the final was still being disputed in the final moments before the race, with several nations unhappy they had not been disqualified for wearing kit subsequently ruled illegal during Monday’s qualifying round.

It added an extra layer of drama to the final, and the tension only increased once the race began with both teams showing world record pace.

Denmark led at the bell but with Filippo Ganna on the front Italy powered to the line to upset the favourites and spark jubilant scenes.