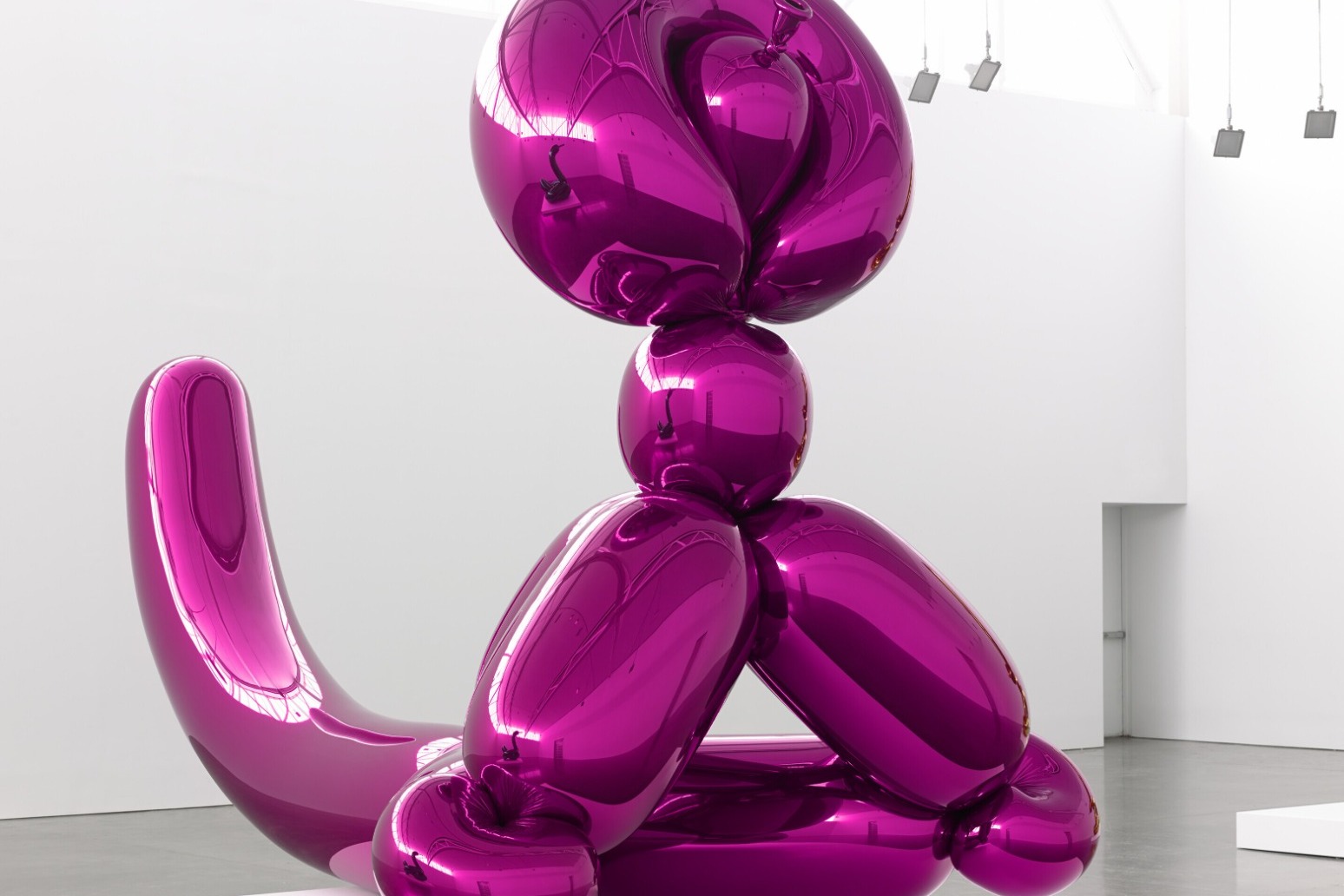 An auctioned Jeff Koons sculpture is expected to fetch more than its estimate of £10 million, which will be donated to the humanitarian effort in Ukraine.

The magenta sculpture will be exhibited in London’s St James’s Square from June 14 ahead of its auction two weeks later as part of Christie’s 20th/21st Century: London evening sale.

Katharine Arnold, head of post-war and contemporary art at Christie’s, told the PA news agency: “It’s a pretty special, monumental sculpture. It’s six metres long so it’s quite something to look at.

“The sculpture itself and a series of sculptures Koons made were all about childhood innocence and joy. They were really about celebration both for children and adults – everyone loves a balloon animal.

“The fact that we have this monumental sculpture here in London becomes a kind of symbol of hope, and also solidarity with those people whose lives have been totally disrupted in Ukraine.

“It feels as though in this moment, art, if sold successfully and in the right way, can really provide some very important funds for preservation of life in urgent times.”

Koons created five iterations of the Balloon Monkey sculpture and in November 2014 the orange version sold at Christie’s for 25.9 million US dollars (£23.6 million).

Ms Arnold added: “This time around, we’re estimating it at £6-10 million with the idea being that we put an attractive estimate, and we really see this outperform its estimate range to do the greatest good for Ukraine.”

Koons said it is a “sincere privilege” to have his artwork support the Pinchuks’ “extraordinary efforts” to galvanise humanitarian aid for Ukraine.

He said: “Art’s true value is to be of service to humanity and there could not be a higher calling at this moment than to support the Ukrainian people.

“Through my friendship with Victor and Olena Pinchuk, my life has been enriched by the people and culture of Ukraine.

“I have had the opportunity to visit Ukraine numerous times by myself and with my family and have always felt a strong sense of community, friendship, and history.

“I have been very saddened by the human and cultural impact of the war and destruction that I have witnessed in Ukraine.

“Balloon Monkey (Magenta) fittingly symbolises hope, affirmation, and transcendence, and I can only hope that the donation of my artwork by Victor and Olena Pinchuk can help draw attention to the need for aid and support for the people of this country, now more than ever.”

In 2008, the artist’s sculpture Balloon Flower in magenta was similarly installed in St James’s Square and sold for £12.9 million.

Mr Pinchuk said: “Our gratitude and respect to our soldiers have no limits. They give their blood for us, the future of Ukraine, and the world.

“Every fellow Ukrainian civilian killed or wounded by Russian shelling, shooting, and systematic violence means a wound in our souls.

“With the proceeds of the auction, we can help save lives. We can help make lives destroyed by war whole again. Dozens, maybe hundreds of lives, each of which has a value beyond words.

“Jeff Koons’ Balloon Monkey (Magenta) is a celebration of life. We put life and hope against death and suffering. In art and in action.”

Mrs Pinchuk added: “In the early morning of February 24, the life of all Ukrainians was changed forever.

“We, as Ukrainians, are doing everything in our power to fight for each life and for each dream people had before the war.

“Jeff Koons’ Balloon Monkey (Magenta) will be auctioned on June 28 to remind the world that the war is not over yet and to raise funds for prostheses and other urgent medical aid that saves so many Ukrainian lives.”