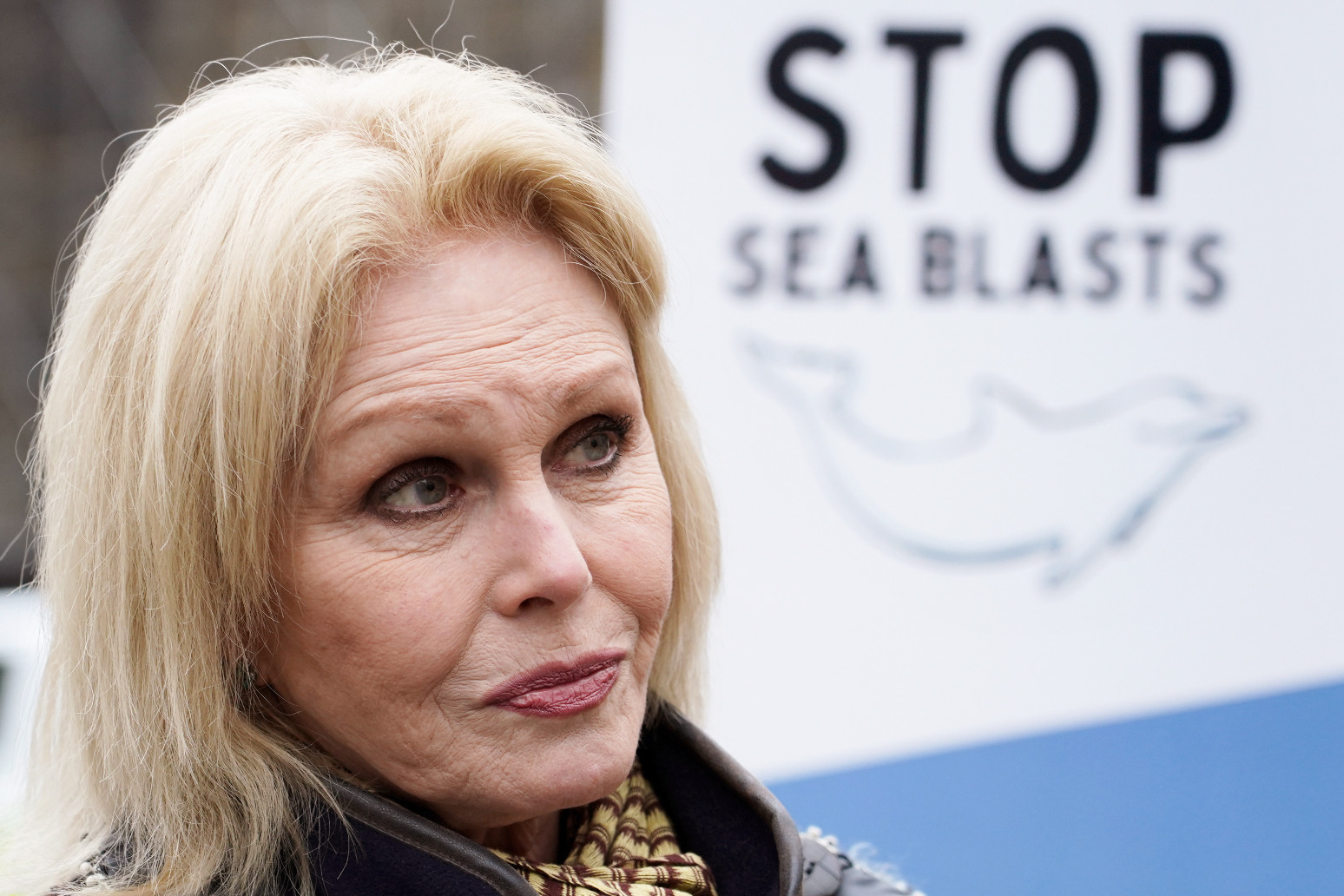 Lumley, speaking as part of the Stop Sea Blasts campaign, says she is “thrilled”

Actress Joanna Lumley has hailed a “victory for common sense” in the approach to clearing undetonated explosives from the sea.

The star and activist had teamed up with marine conservation charities to call for a change in how unexploded war munitions found in the water are disposed of.

The Stop Sea Blasts campaign has warned that detonating unexploded devices “causes huge disruption to marine habitats and threatens the survival of whales and dolphins”.

It has called on the items to instead be burned using a technology called low-order deflagration, which it said involves a small magnesium cone being fired against the device, “causing its explosive contents to ‘burn out’ from the inside”.

It said this method sees the casing of the explosive crack open, but the munition does not detonate.

In a policy paper on the Government website on Tuesday, it was stated: “Using alternatives to high order detonation as the primary method of clearance is preferred. ”

Lumley, speaking as part of the Stop Sea Blasts campaign, said she was “thrilled” and described it as a “wonderful day”.

A large number of explosives such as rockets, torpedoes and sea mines were left undetonated following the two World Wars, and such devices must be safely cleared before construction of things like wind farms.

The Government paper said it is recognised that injury to marine species from noise associated with the blast and seabed disturbance are “key environmental concerns” when clearing these objects using what they call “high order detonation”.

It states that is supports the use of “lower noise alternatives”.

Lumley said: “I’m thrilled that today the Government has, as far as I understand it, for the first time, clearly stated that using more environmentally friendly methods of clearing these unexploded bombs such as low order deflagration is the way forward.

“This is a victory for common sense.

“I thank the ministers for taking this bold step as well as all the supportive MPs and peers who have got behind this.

“Days like this show just what can be achieved.

“Of course, there’ll be matters of detail to resolve.

“But today is a wonderful day for all those who care about our seas and the magnificent creatures that live in them.”

Lumley had been due to hand in a petition to Downing Street on the issue.

She met MPs near Westminster on Tuesday afternoon who had supported the campaign and Environment Secretary George Eustice made a brief appearance.

Lumley said the deflagration method is 100 times less damaging and that both approaches “lie side by side on the shelf, they cost the same, they’re as easy to apply”.

In its statement the Government recommended: “All UXO (unexploded ordnance) clearance applications and what is likely to be needed in the circumstances will be considered on a case-by-case basis.

“Engagement with the relevant regulator and Statutory Nature Conservation Bodies (SNCBs) at the earliest opportunity is strongly recommended to prevent consenting delays.

“These are our recommendations for all UXO clearance applications.”

A spokesperson for the Department for Environment, Food and Rural Affairs said: “We absolutely recognise the impact that underwater noise from clearing unexploded ordnance can have on vulnerable marine species.

“Today we have made clear that our preference is for the use of quieter alternative methods, whilst ensuring measures are in place to protect both the environment and human safety, as trials are ongoing.”