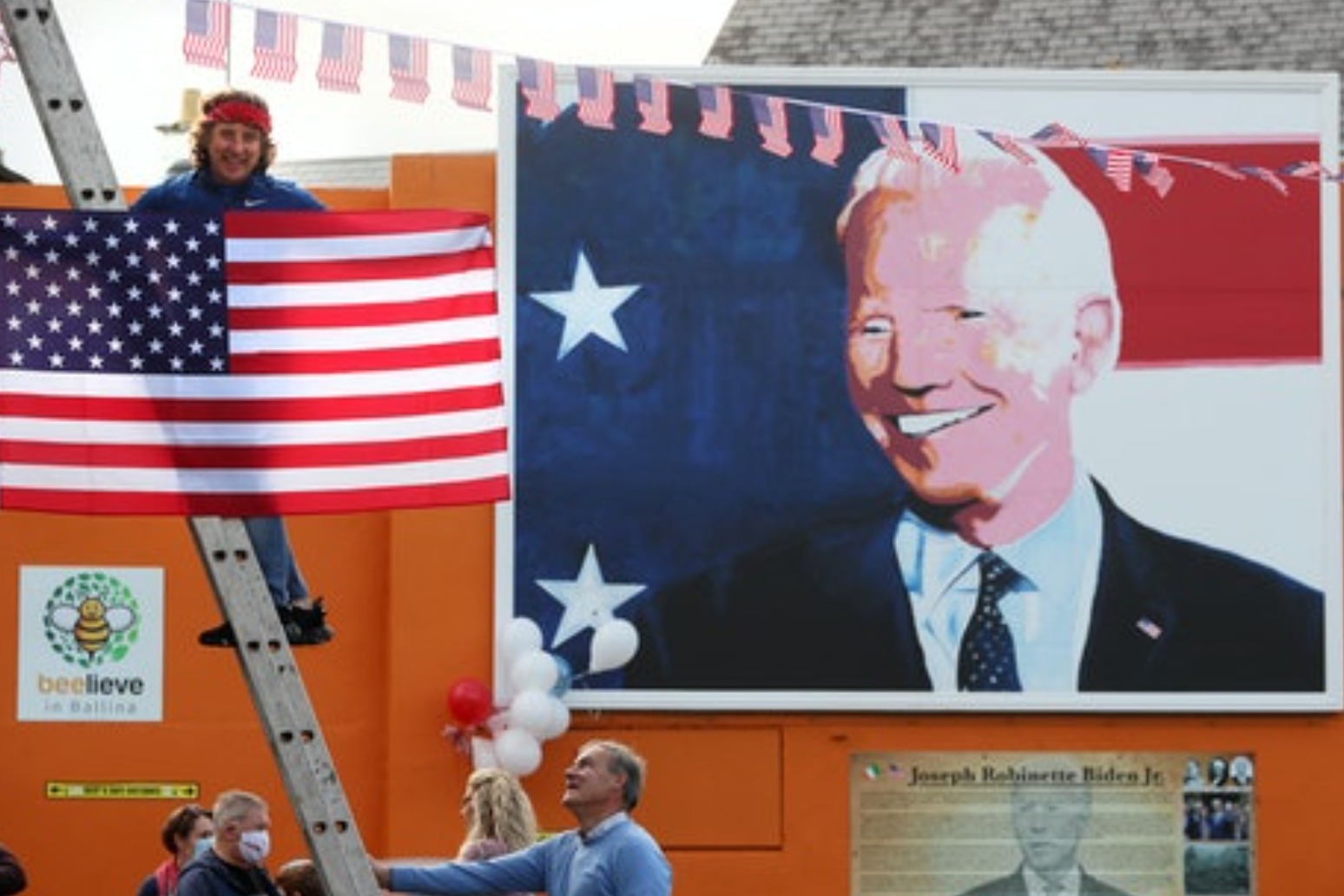 President Donald Trump has continued to shun the media over the US election results as his successor Joe Biden pushes forward with his White House plans. Mr Trump is yet to concede defeat in the presidential race despite broadcasters calling the result in favour of Mr Biden and Kamala Harris on Saturday.

The White House said Mr Trump had no public events scheduled for Monday, four days since he told the nation: “If you count the legal votes I easily won. If you count the illegal votes, they can try to steal the election from us.”

Mr Trump is yet to offer a concession or proof the election was stolen.

The group was pledged in a victory speech given in Wilmington, Delaware, in the early hours of Sunday after projected victory in Pennsylvania saw him over the threshold of 270 electoral college votes.

In the speech, he called on Americans to “lower the temperature” and “listen to each other again” after a divisive campaign.

Mr Biden is also reported to be considering a series of orders to reverse controversial decisions by Mr Trump.

The Financial Times said Mr Biden will seek to rejoin the Paris climate agreement and the World Health Organisation, and end the travel ban on citizens of seven, largely Muslim, countries through executive orders which do not need congressional approval.

Meanwhile, Prime Minister Boris Johnson is still waiting on a call with the president-elect as reports suggested the ex-senator would not treat a trade deal with the UK as a priority.

Mr Johnson, speaking on Sunday, congratulated Mr Biden, who he has not met, and vice president-elect Kamala Harris as he made the first advances to woo the new administration, which will be inaugurated in January.

The Prime Minister told broadcasters there was “far more that unites” than divides Britain and the US, saying: “The United States is our closest and most important ally, and that has been the case president after president, prime minister after prime minister – it won’t change.”

However, former deputy prime minister Nick Clegg said the UK could “struggle for relevance” under a Biden presidency.

Speaking to BBC’s Westminster Hour, Mr Clegg predicted that Mr Biden and the Prime Minister would be “able to strike up a personal relationship” but warned Mr Johnson about the way Brexit would be viewed through an Irish lens in future in the Oval Office.

“Joe Biden is immensely proud of his Irish roots – he did it publicly in his speech (after being announced president-elect), he does it privately as well, quotes Seamus Heaney at the drop of a hat,” he said.

Mr Trump has continued to protest at the way the election was handled, taking aim at how state-by-state results are declared by news outlets in the US.

“Since when does the Lamestream Media call who our next president will be? We have all learned a lot in the last two weeks!” he tweeted on Sunday.

The Republican, who served two terms in the White House, said: “Though we have political differences, I know Joe Biden to be a good man, who has won his opportunity to lead and unify our country.”