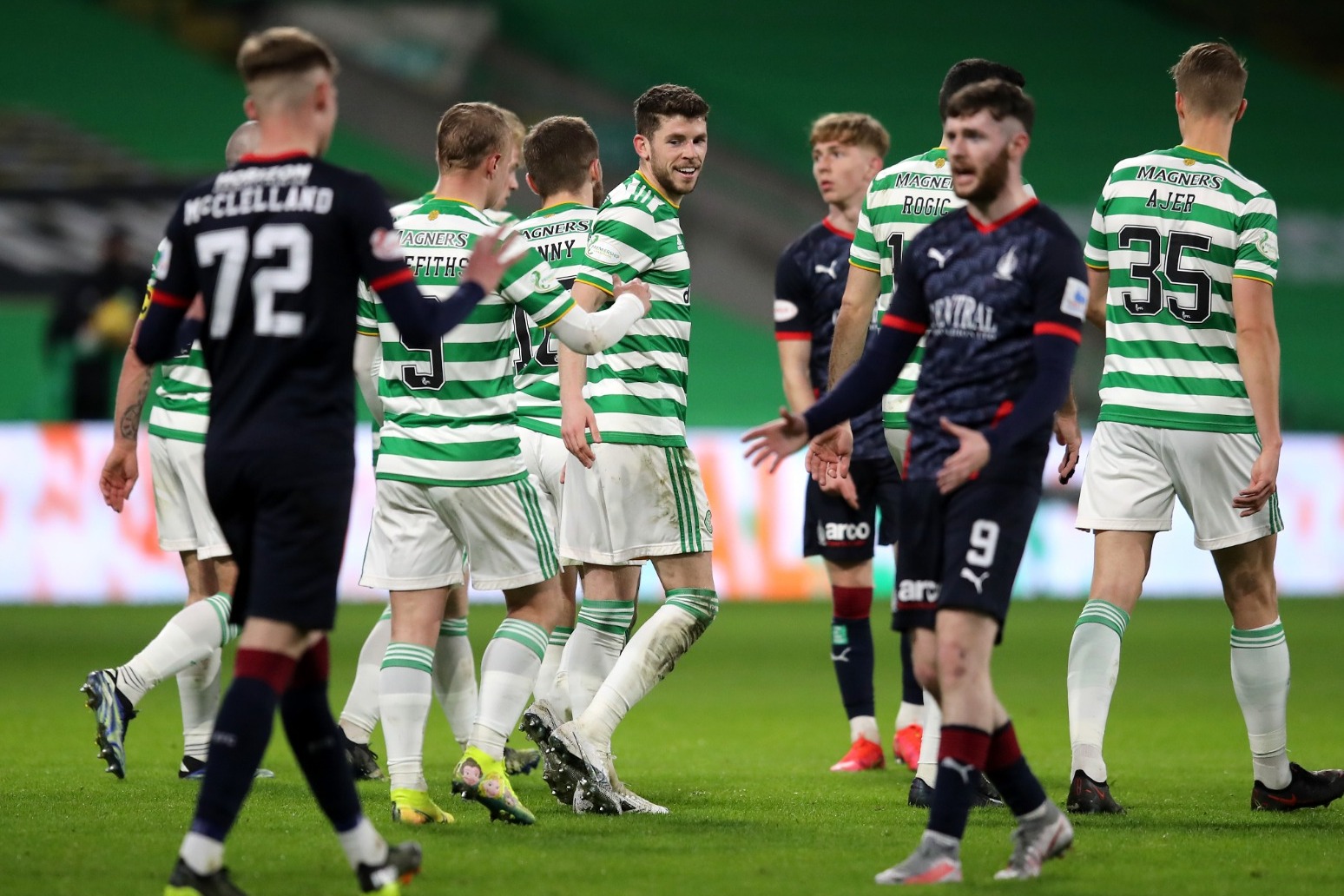 Interim boss John Kennedy stressed that success at Celtic should never be taken for granted after the bid to retain the Scottish Cup began with a win against Falkirk.

The Hoops won the delayed 2020 final against Hearts on penalties in December to make it four in a row, which also clinched a domestic quadruple treble – both of which were records.

However, this season has been one of turmoil in the east end of Glasgow.

The Parkhead club have had talks with former Bournemouth manager Eddie Howe about the vacant managerial post but while the wait goes on to see who replaces Neil Lennon, Kennedy continues to steer the ship.

He guided the Hoops to the fourth round with a 3-0 home win over League One side Falkirk on Saturday night with James Forrest, Ryan Christie and Mohamed Elyounoussi scoring in the second half, then acknowledged the importance of winning the competition again.

The former Celtic defender, who stepped up from assistant in February when Lennon resigned, told Celtic TV: “It would be massive. Every trophy is important.

“We have been so successful in recent seasons but what you can never do is take it for granted, never, ever.

“I actually used that before the game in terms of the players, that they have been so used to success, so much of it and it is great and it hurts when it is taken away from you, but never take it for granted because you should savour every moment.

“I have been through times when you went a couple of season without winning things and as a young fan when we went loads of years without trophies.

“The times we have had of late has been terrific and we don’t want it to go away so albeit we have lost the league and everything else, the Scottish Cup is very important to us.”

Falkirk co-manager Lee Miller admitted that trying to keep Celtic out all night was too tough a task.

He said: “At half-time, we basically said to them keep doing what you are doing but to ask them to do that for 90 minutes is really, really difficult

“But we tried and I came away thinking, I’m not happy, but delighted with the way the boys applied themselves.”