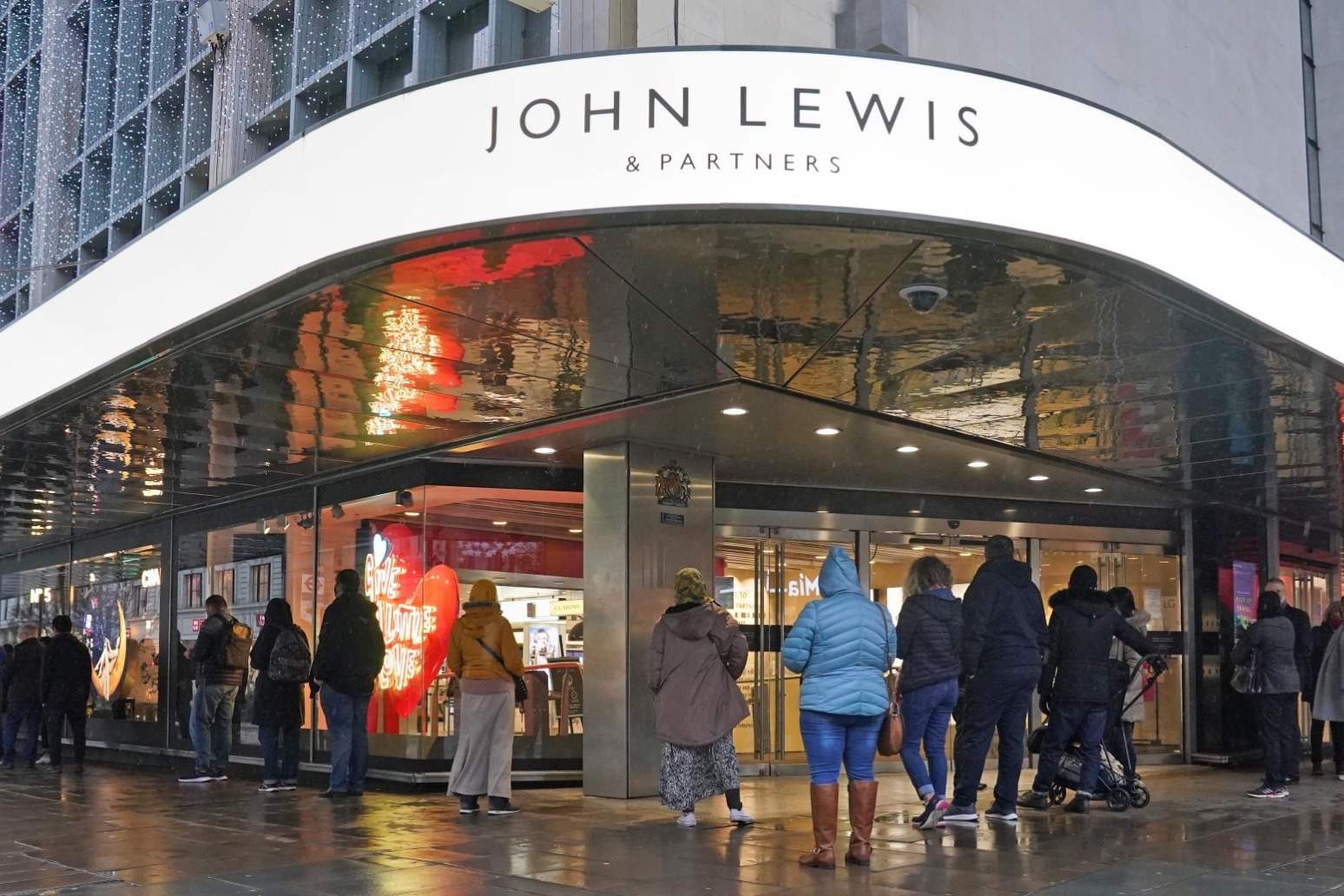 The John Lewis Partnership has restored its annual bonus and unveiled a pay rise for its near 80,000-strong workforce, but warned of price hikes amid “significant” cost pressures.

The group will pay a bonus of 3% – or one-and-a-half weeks’ wages – to its employees in April and raise salaries by 2% on top of its pledge to pay the real living wage as it acknowledged the squeeze from the cost of living crisis.

It marks the return of payouts after it was forced to scrap last year’s staff bonus for the first time since 1953.

The bonus cheer came as the group reported underlying pre-tax profits rising to £181 million in the year to January 29 thanks to a record £4.9 billion sales haul at the department stores, up 8% on a like-for-like basis.

Chairwoman Dame Sharon White hailed a “good start” to the group’s five-year overhaul, but warned of “uncertainties” amid the Ukraine conflict and rising inflation, with prices having to increase in some areas.

Speaking to the PA news agency, she said the group is facing “significant persistent pressures” on costs.

She said: “As far as we can, we’re trying to absorb the cost pressures… not all of these pressures are absorbable.”

“The cost of living pressures are real – real for our partners and customers and we’re doing everything we can in our power to try to limit the impact.”

Results were also buoyed by the John Lewis Partnership slashing costs by £170 million, closing a raft of stores and cutting jobs.

It remained in the red on a bottom-line basis, though losses narrowed sharply to £26 million from £517 million the previous year, when it posted its first annual loss after the pandemic battered outlets.

While the John Lewis department store saw profits rise by 37% to £758 million, Waitrose earnings dropped by 11% to £1 billion as it faced surging costs within supply chains due to staff absences in the pandemic and higher online trade.

In July, the employee-owned business revealed plans to cut 1,000 jobs, having already said it would axe around 1,465 roles as part of last year’s store closures.

The group recently ditched its “Never Knowingly Undersold” promise to customers to focus on its Anyday value ranges instead.

It has also said it will remove any products made in Russia from Waitrose and John Lewis in response to the conflict, including Russian vodka, some barbecue products and some duvets.