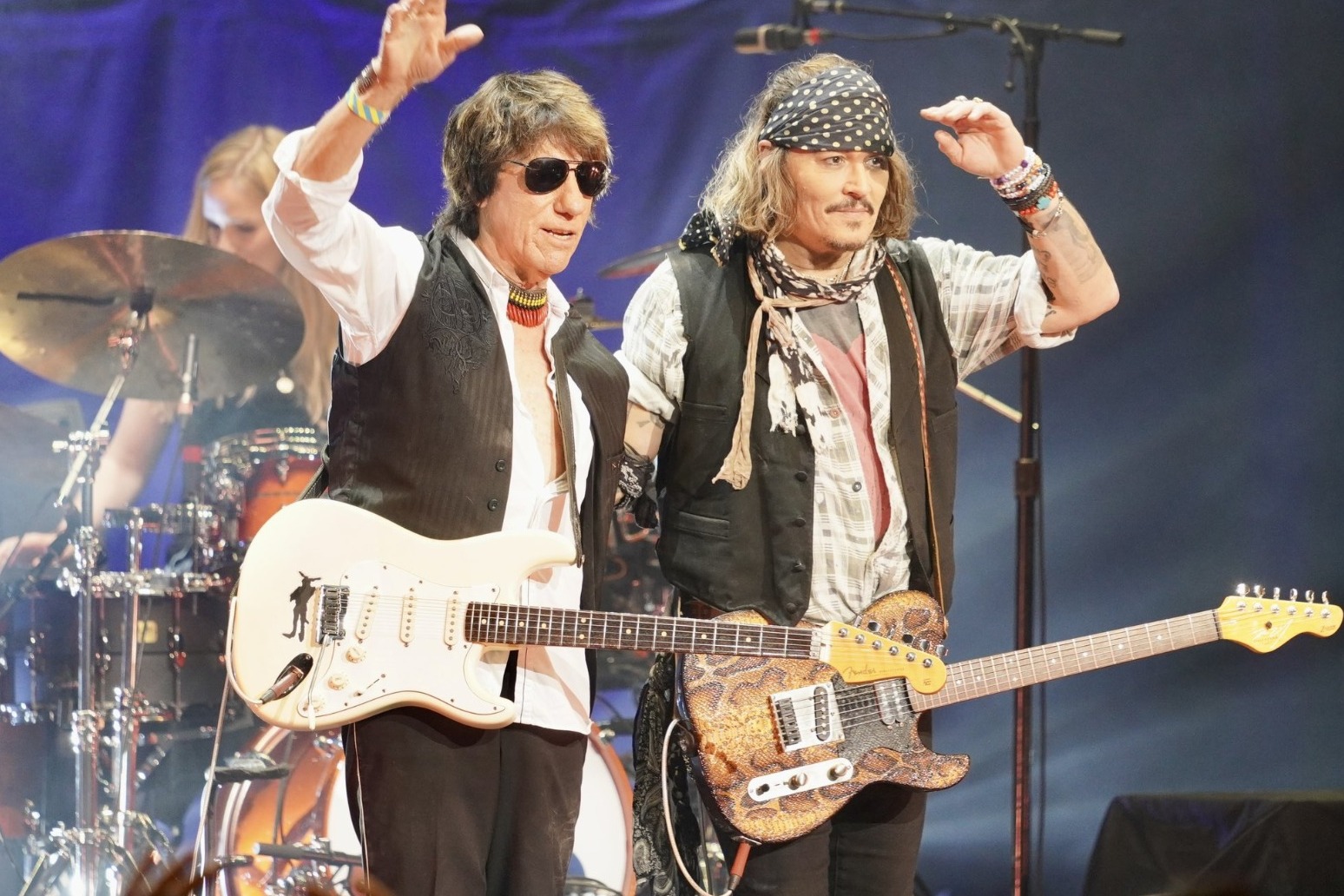 Johnny Depp has continued his run of UK shows with rock veteran Jeff Beck as jurors continue to deliberate in his US defamation case.

Pictures showed the actor, who is suing his former partner Amber Heard for 50 million dollars (£40 million) on stage at the Royal Albert Hall in west London for the second night in a row.

Depp appeared with a white guitar, and wearing a peaked cap and multiple scarves.

He joined Beck at the venue on Monday and Tuesday night after surprising fans with an appearance at Sheffield City Hall on Sunday.

It came after jurors retired following their first full day of deliberations in Fairfax County, Virginia, where Depp’s legal battle with Heard is taking place.

Deliberation time in the case currently stands at around nine hours.

The Pirates Of The Caribbean actor is suing his former partner over a 2018 article she wrote in the Washington Post, titled: “I spoke up against sexual violence – and faced our culture’s wrath. That has to change.”

The article does not mention Depp by name, but his lawyers say it falsely implies he physically and sexually abused the Aquaman actress while they were together.

On Friday both sides gave their closing statements, urging jurors to consider other victims of domestic abuse.