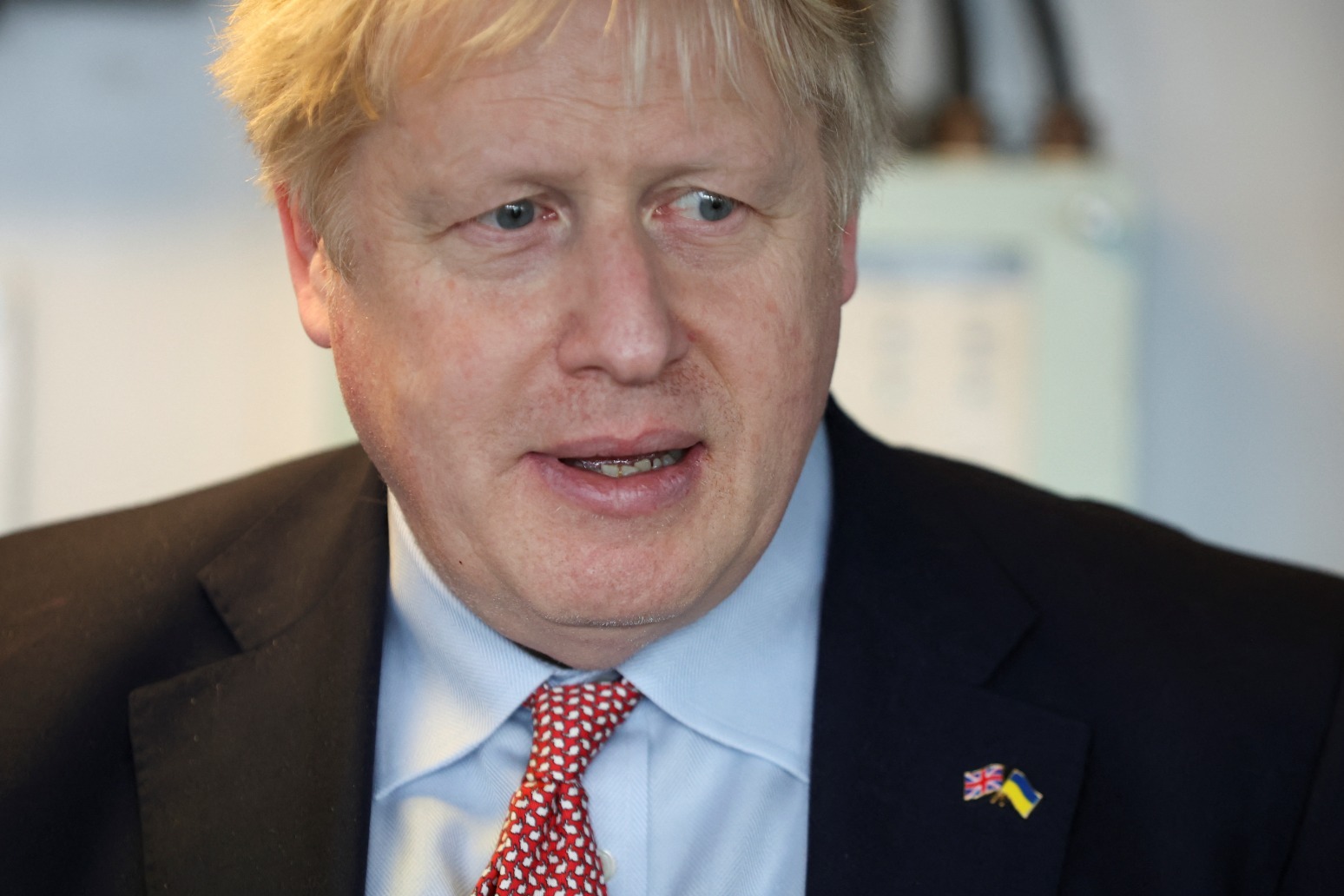 Boris Johnson has accused Vladimir Putin of a “cynical” attempt to manufacture a pretext for using chemical weapons in Ukraine.

The Prime Minister said he feared the “barbaric” regime in the Kremlin may be ready to use the banned weapons as the invading Russian forces have failed to make the progress expected.

His warning came as the UK stepped up its sanctions on oligarchs deemed to be close to the Putin regime, including Chelsea owner Roman Abramovich.

The UK has already accused the Russian government of war crimes, with the bombing of a maternity hospital in Mariupol being the latest atrocity in the campaign.

Western allies fear Moscow could go further and carry out a chemical attack, potentially under the cover of a “false flag” operation.

“The stuff which your are hearing about chemical weapons is straight out of the Russian playbook,” Mr Johnson told Sky News.

“They start saying that there are chemical weapons that are being stored by their opponents or by the Americans, so that when they themselves deploy chemical weapons – as I fear they may – they have a sort of a maskirovka, a fake story, ready to go.”

In a reference to the Salisbury nerve agent attack, he added: “You have seen it in Syria, you saw it even in the UK. I just note that is what they are already doing. It is a cynical, barbaric government I’m afraid.”

Earlier, Foreign Secretary Liz Truss said the Government was “very concerned” about the potential use of chemical weapons.

“We’ve seen Russia use these weapons before in fields of conflict, but that would be a grave mistake on the part of Russia, adding to the grave mistakes that have already been made by Putin,” she told CNN.

White House press secretary Jen Psaki said the world should be “on the lookout” for the Russian use of chemical and biological weaponry.

She said “Russia’s false claims” about alleged US biological weapons labs and chemical weapons development in Ukraine could be an “an obvious ploy” by the Kremlin to try to “justify its further premeditated, unprovoked and unjustified attack on Ukraine”.

– Mr Abramovich was one of seven oligarchs hit by sanctions including travel bans and asset freezes.

– Home Secretary Priti Patel announced some of the red tape for Ukrainians seeking to come to the UK would be eased from Tuesday.

– Cadbury owner Mondelez said it was “scaling back all non-essential activities” in Russia.

The attack on the Mariupol maternity hospital left three dead, including a child, and has been widely condemned.

Defence minister James Heappey told BBC Radio 4’s Today programme that UK intelligence believes the strike came from artillery rather than the air, but Britain is “still looking at exactly (what happened)”.

The Army veteran said that, even if Russian troops did not deliberately target the medical complex, the attack still amounts to a war crime.

Mr Heappey told BBC Breakfast: “We ask ourselves the question ‘how did this happen?’ Was it an indiscriminate use of artillery or missiles into a built-up area, or was a hospital explicitly targeted?

“Both are equally despicable, both, as the Ukrainians have pointed out, would amount to a war crime.”

During a call with Ukrainian President Volodymyr Zelensky on Wednesday evening, Downing Street said Prime Minister Boris Johnson pointed out that the Mariupol bombing “was yet further evidence” that Mr Putin was “acting with careless disregard for international humanitarian law”.

The World Health Organisation said it has confirmed 18 attacks on medical facilities since the Russian invasion began two weeks ago.

But Russia’s foreign minister Sergei Lavrov dismissed concerns about civilian casualties as the “pathetic shrieks” of Moscow’s enemies and claimed the Mariupol hospital had been used as a base by fighters from a far-right group.

Mr Lavrov held a meeting with Ukrainian counterpart Dmytro Kuleba in Turkey but there was no breakthrough to end the fighting.

“I insisted on the urgent need to allow humanitarian help for Mariupol and a 24-hour ceasefire,” Mr Kuleba said.

“Unfortunately, FM Lavrov seemed to have come to talk, not to decide. I hope he will convey Ukraine’s requests back in Moscow.”

Efforts continued to allow civilians to escape towns and cities including Mariupol and the Kyiv suburbs.

Conditions in Mariupol are grim, with food and water running short and some of trapped citizens resorting to melting snow to drink.

Western officials have described the refugee situation in Ukraine as “unprecedented”, with concerns that the number of people fleeing could reach four million within days.

So far around 2.2 million people have left Ukraine.

One official said: “I would like to stress the sheer scale of this, which is something that we haven’t seen, certainly since the end of the Second World War, and that is a real challenge to us all.”