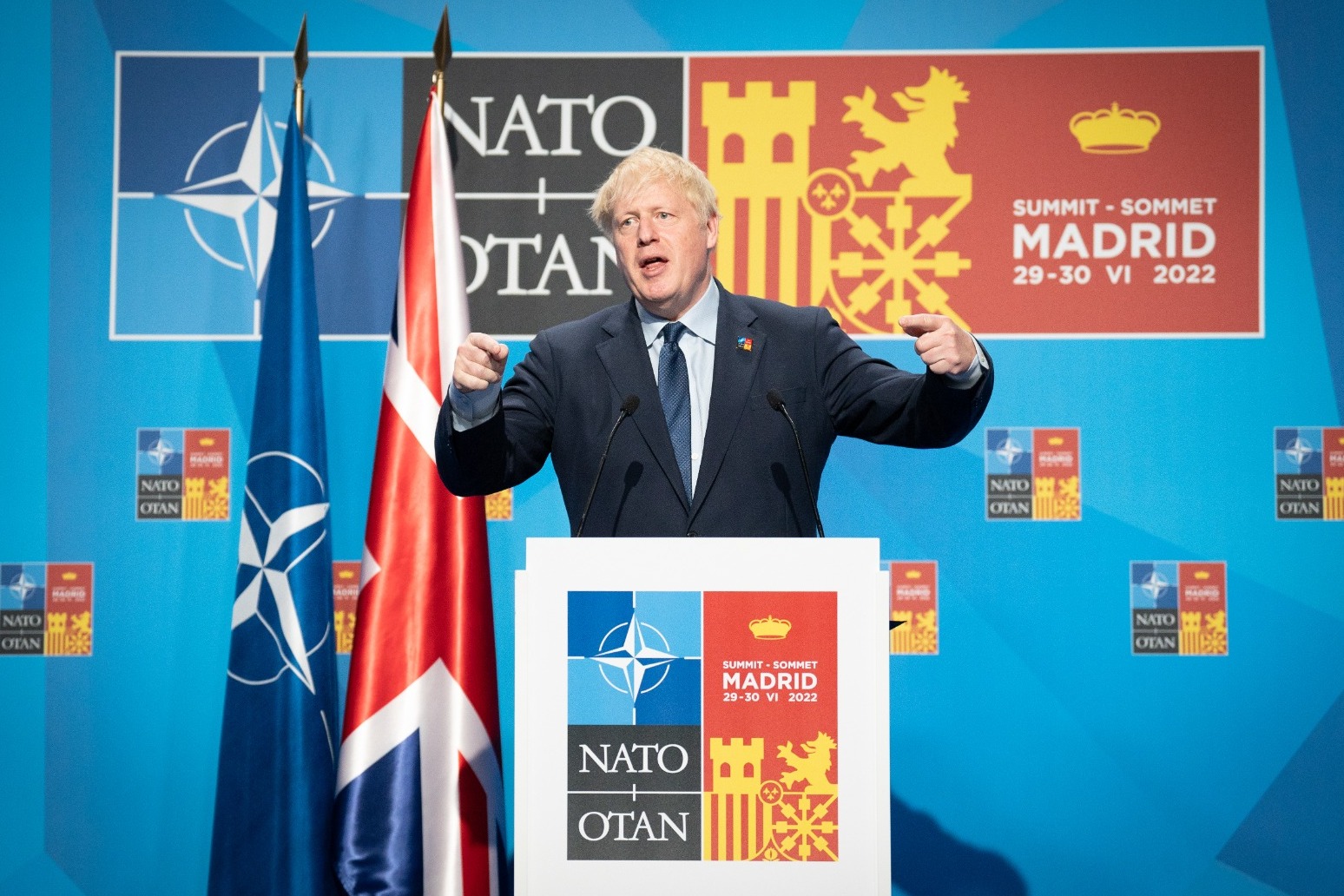 Boris Johnson has promised a further £55 billion in defence spending over the rest of the decade in response to the threat posed by Vladimir Putin’s Russia.

The Prime Minister committed Britain to increasing defence spending to 2.5% of gross domestic product (GDP) – a measure of the size of the economy – by the end of the decade and encouraged Nato allies to boost their own military budgets.

It is understood the pledge could amount to an extra £55.1 billion cumulatively over the rest of the decade in order to reach the 2.5% goal in 2030, based on Office for Budget Responsibility forecasts of the size of the economy.

Speaking as the Nato summit in Madrid drew to a close, Mr Johnson said: “We need to invest for the long term in vital capabilities like future combat air whilst simultaneously adapting to a more dangerous and more competitive world.

“The logical conclusion of the investments on which we propose to embark, these decisions, is that we’ll reach 2.5% of GDP on defence by the end of the decade.”

Defence Secretary Mr Wallace, who was at the centre of a Cabinet spending row over his high-profile campaign for more cash, was said to be grateful for the announcement.

A source close to the minister said: “The Defence Secretary has always been clear that, as the threat changes, so should defence spending.

“In 2020 the Prime Minister reversed decades of under-investment in defence and he rightly responded to Russia’s danger by continuing to invest in defence, for which the Defence Secretary is very grateful.”

But Tobias Ellwood, the Tory chairman of the Commons Defence Committee, said it is “too little, too late”.

Mr Ellwood, who has called for 3% of GDP to be spent on defence, also condemned Mr Johnson for going ahead with planned cuts to the size of the Army.