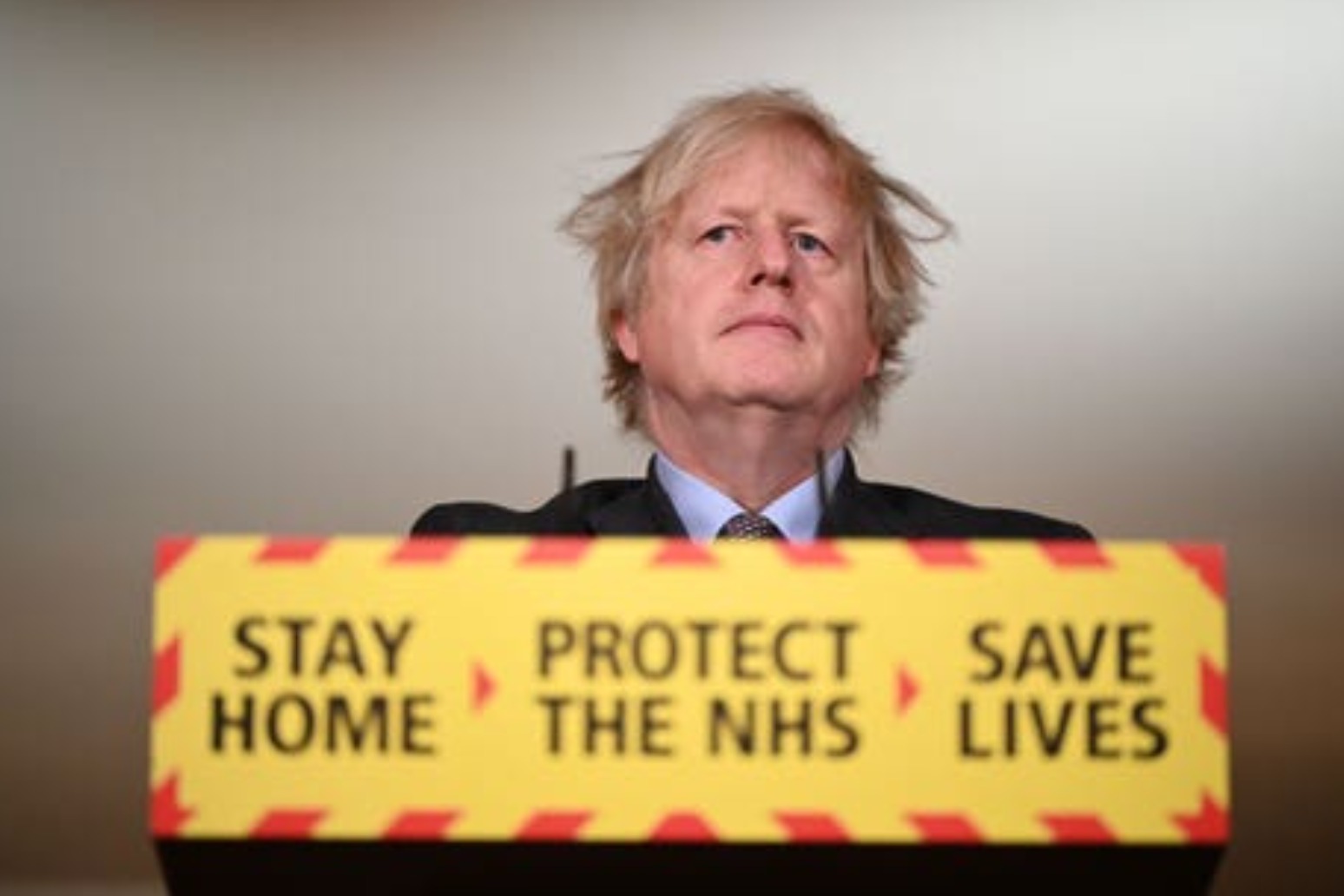 Boris Johnson has said spring and summer in England will usher in changes to make lives “incomparably better” as he set out a plan to fully ease the lockdown by June 21. The Prime Minister defended his “cautious but also irreversible” approach to relaxing restrictions with a four-step plan on Monday, arguing he will not be “buccaneering” with people’s lives.

But despite billing his plans as a “one-way road to freedom”, he admitted he cannot guarantee that the vaccination programme will prevent restrictions from ever returning.

His tentative schedule for easing restrictions will be followed on Tuesday afternoon by First Minister Nicola Sturgeon detailing her own plan for easing Scotland’s lockdown.

In the first step of the “road map”, all pupils in England’s schools are expected to return to class from March 8, with wider use of face masks and testing in secondaries.

Socialising in parks and public spaces with one other person will also be permitted from that date.

A further easing will take place on March 29, when the school Easter holidays begin, with larger groups of up to six people or two households allowed to gather in parks and gardens.

But progressing along the schedule will depend on meeting four tests: the success of the vaccine rollout, evidence of vaccine efficacy, an assessment of new variants, and keeping infection rates below a level that could put unsustainable pressure on the NHS.

The other points when restrictions may be eased at the earliest are:

– May 17, when two households or groups of up to six people may be allowed to mix indoors and crowds of up to 10,000 in the largest venues will be allowed at performances and sporting events.

– “As soon as possible” and no later than step three, when ministers committed to reviewing social-distancing guidance that has prevented loved ones from hugging for nearly a year.

– June 21, when all remaining restrictions on social contact could be lifted, larger events can go ahead and nightclubs could finally reopen.

Mr Johnson told a Downing Street press conference: “Thanks to the vaccinations there is light ahead, leading us to a spring and a summer, which I think will be seasons of hope, looking and feeling incomparably better for us all.”

But with some Conservative lockdown-sceptics arguing that the plans are too cautious, Mr Johnson denied he was being a “gloomster”, as figures showed there have been 140,000 deaths involving Covid-19 in the UK.

However, the Prime Minister acknowledged he “can’t guarantee it’s going to be irreversible” with new variants posing a threat to his plans.

The Government launched a review looking at the use of “Covid status” certificates, which could be used by people to demonstrate they had received a jab or a negative coronavirus test in order to enter venues, or allow firms to reduce restrictions as a result of the status of their customers.

But Mr Johnson acknowledged there are “clearly some quite complex issues, some ethical issues” including discrimination surrounding them.

International travel rules will also be reviewed, with May 17 targeted as the earliest possible date for a foreign holiday.

Chancellor Rishi Sunak is under pressure to extend measures such as the furlough scheme, which is due to expire at the end of April, when he delivers his Budget on March 3.

Mr Johnson indicated that the continued restrictions on some businesses will lead to an extension in taxpayer-funded support schemes, saying: “We will not pull the rug out.”

But Conservative MP Steve Baker, the deputy chair of the Covid Recovery Group of Tory lockdown-sceptics, said the “pace of change will be a hammer blow” to industries such as aviation, hospitality and the arts.

And Sir Graham Brady, the influential chairman of the 1922 committee of Tories, argued the “massive lurch” towards state power during lockdown “must be reversed and it must never happen again”.

“We should recognise that these aren’t freedoms that belong to the state, they are freedoms we were lucky enough to be born with. The Government has taken our freedoms away and they should be restored as quickly as can safely be done,” he wrote in the Daily Telegraph.

The road map will be put to a Commons vote before the House rises for Easter in late March.

While all pupils will return to England’s schools on March 8, in Scotland and Wales the phased return of children to classes began on Monday.

Welsh First Minister Mark Drakeford has suggested stay-at-home orders could be eased in around three weeks.

In Northern Ireland, Arlene Foster has promised a “decision-making framework” on how the executive plans to exit lockdown will be published on March 1, with the First Minister saying the dates for the phased reopening schools could be revisited.