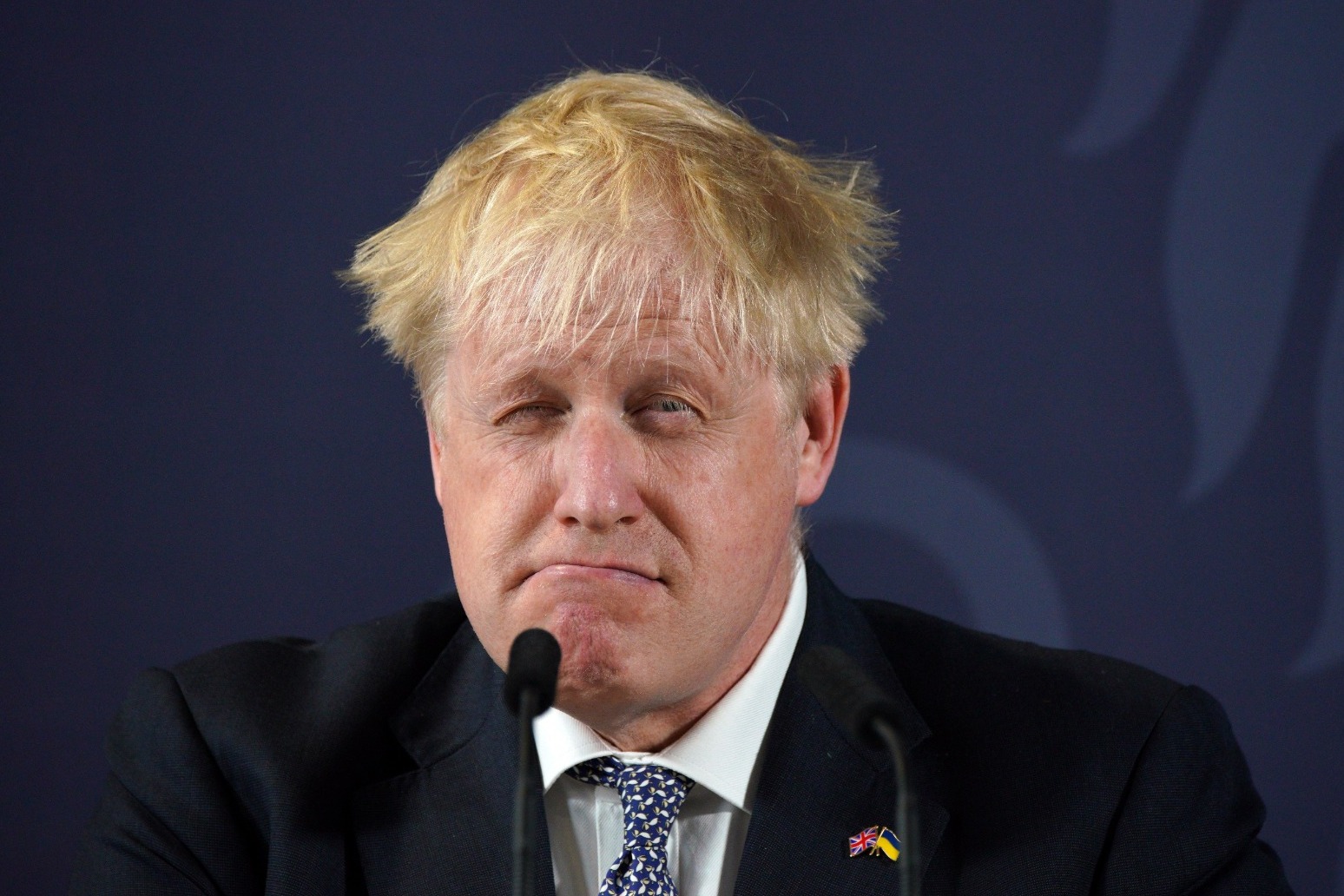 Boris Johnson warned of a 1970s-style “wage-price spiral” if pay packets increase in line with soaring prices as he set out an extension of the right to buy scheme to housing association tenants.

The Prime Minister also announced a “benefits to bricks” scheme on Thursday to allow welfare payments to secure mortgages as he sought to get his embattled premiership back on track.

Mr Johnson pledged a review of the mortgage market under plans to help renters onto the property ladder after surviving a bruising Tory revolt against his leadership.

But he suggested in a major speech in Blackpool there should be restraint on wage rises on the day the cost of a full tank of petrol for a family car exceeded £100 for the first time.

Calling for caution in the face of rapidly rising inflation, Mr Johnson warned the Government would “fan the flames of further price increases” if it tried to spend its way out of the cost-of-living crisis.

“We can’t fix the increase in the cost of living just by increasing wages to match the surge in prices. I think it’s naturally a good thing for wages to go up as skills and productivity increase – that’s what we want to see,” he added.

“But when a country faces an inflationary problem you can’t just pay more and spend more, you have to find ways of tackling the underlying causes of inflation.

“If wages continue to chase the increase in prices then we risk a wage-price spiral such as this country experienced in the 1970s.”

Unions reacted with anger, with the TUC accusing Mr Johnson of abandoning his commitment to build a “high-wage economy” with “nonsense” claims about raises.

But the Prime Minister warned that big pay rises could create “stagflation” – inflation combined with stagnant economic growth, which blighted the 1970s.

He stopped short of explicitly repeating Bank of England governor Andrew Bailey’s suggestion that workers should not ask for big pay rises to help control inflation, which is forecast to hit around 10% this year.

But Mr Johnson argued salary hikes in line with inflation would lead to the need to “slam the brakes on rising prices with higher interest rates”, which would increase Government spending, and impact on jobs, mortgages and rents.

Instead he said ministers would ease the pain by working to “finish the right-to-own reforms Margaret Thatcher began in the 1980s” by working in the coming months to extend the scheme to the 2.5 million households “trapped” in their housing association homes.

He criticised some associations for showing “scandalous indifference” to tenants and pledged a “one-for-one” replacement of each property sold to prevent the housing stock dwindling in an attempt to address the major criticism of his Tory predecessor’s policy.

But Clive Betts, chairman of the Commons Levelling Up, Housing and Communities Committee, him to commit to replacing social housing “on a like-for-like basis”, to prevent flats filling in for houses.

To help low-paid workers, Mr Johnson pledged a change in the rules so housing benefits can be spent in securing a first mortgage and going towards payments.

He said the around £30 billion yearly spent on housing support was being “swallowed” to pay mortgages of landlords and housing associations.

“It’s time to put this huge wall of money – taxpayers’ money – to better use. It’s time to turn benefits to bricks,” the Prime Minister added.

A “comprehensive review” of the mortgage market reporting back in the autumn was also pledged in order to extend low-deposit mortgages.

But Mr Johnson refused to guarantee the Government would meet its manifesto target of building 300,000 homes a year by the middle of the decade.

“I can’t give you a cast-iron guarantee that we’re going to get to a number in a particular year,” he said.

Welfare rules taper the amount of Universal Credit received when the recipient’s savings exceed £6,000 and stop completely after £16,000.

But the Government was committing to exempt Lifetime Isa savings from the rules in order to incentivise people to save for mortgage deposits.

The Resolution Foundation living standards think tank said the number of people who will benefit is “likely to be small” because the deposit is the main barrier to ownership.

Labour’s shadow housing secretary Lisa Nandy said: “You can’t solve a housing crisis with back of the envelope policies that have no realistic chance of success.”

Mr Johnson acknowledged the “spooling digits on the petrol pumps” after the average cost of filling a typical family car with petrol passed £100.

He said the strain on household budgets was being driven by the coronavirus recovery being “brutally interrupted” by Vladimir Putin’s invasion of Ukraine.

The Prime Minister vowed to continue supporting Ukraine’s resistance so the Russian president is not allowed the “partial success of swallowing some of the country as he has done before”.

Mr Johnson was hoping the new pledges will calm his critics after 148 of his own MPs – or 41% – voted on Monday to kick him out of No 10.

Sir Graham Brady, chairman of the Conservative 1922 Committee, said leadership rules could be changed to allow another confidence vote within the next 12 months.

But, speaking to Times Radio, he added: “I think it’s important we say the rule that is in place, and is likely to remain in place, is that there is a year’s period of grace following a confidence vote.”

“Hatching reckless plans to extend right to buy will put our rapidly shrinking supply of social homes at even greater risk,” she said.

“If these plans progress we will remain stuck in the same destructive cycle of selling off and knocking down thousands more social homes than get built each year.”