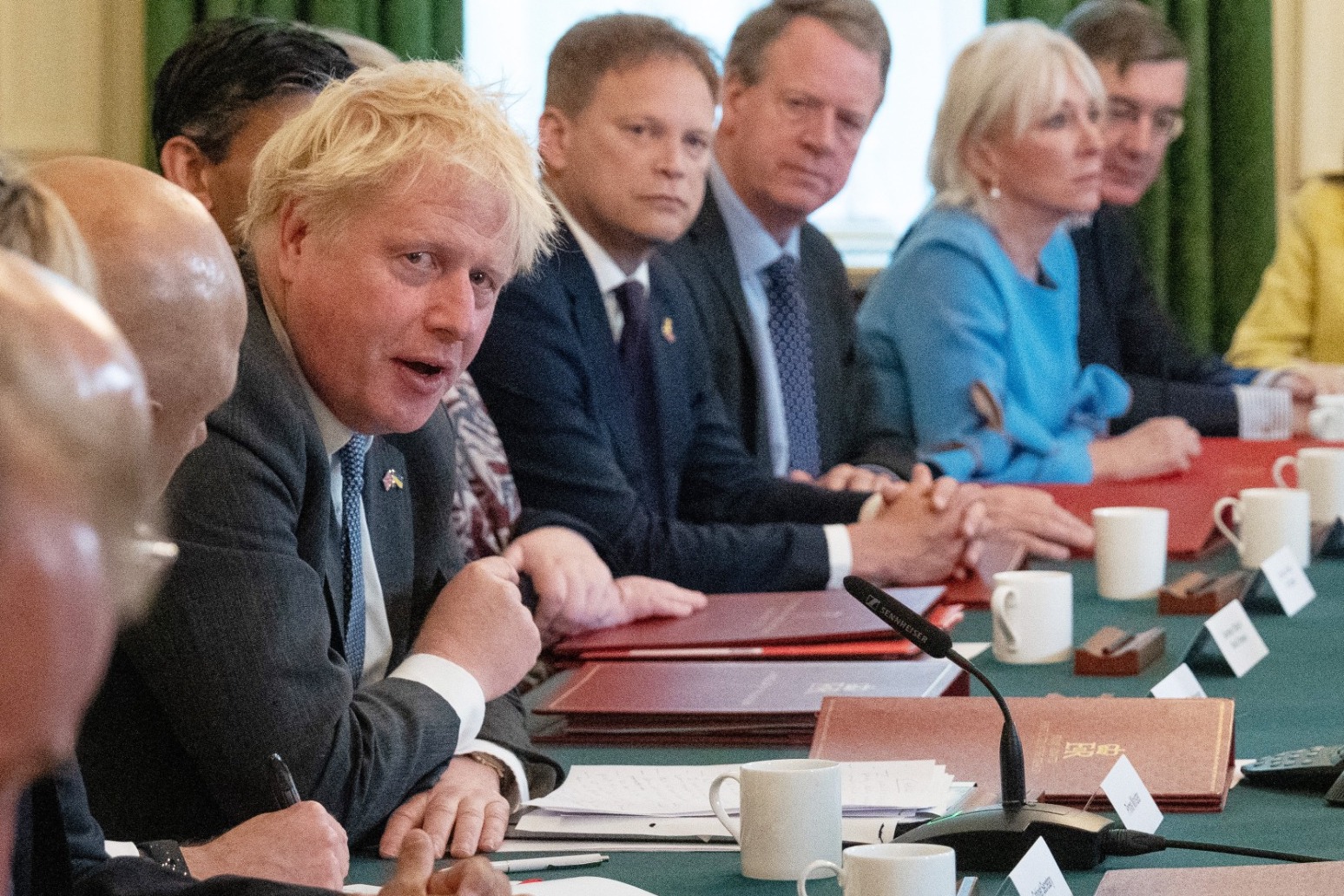 Boris Johnson prepared the public to be braced for more chaos on the railways as he stressed the need for modernisation and reform in the industry.

He warned commuters they must be ready to “stay the course” and urged rail bosses and unions to agree on a package to safeguard the future of the industry.

The Prime Minister told Cabinet that, without fundamental changes to the way the system operates, rail firms risk going bust and passengers face ever-higher prices that could ultimately lead to them abandoning train travel.

He was speaking as passengers faced chaos on Tuesday during the biggest rail strike in a generation, with further rounds of industrial action due on Thursday and Saturday.

Mr Johnson called for the “union barons to sit down with Network Rail and the train companies” and agree to a package of reforms.

Around 40,000 members of the Rail, Maritime and Transport (RMT) union at Network Rail and 13 train operators have walked out in a bitter dispute over pay, jobs and conditions.

The strike is causing “significant disruption and inconvenience up and down the country”, the Prime Minister said.

Mr Johnson set out why he believed the strikes are “so wrong and so unnecessary”, pointing to the levels of support offered to the industry during the pandemic and the “colossal” investment in rail infrastructure.

But he added that in order to make the promised investments “we have got to have reform in the way that the railways work”.

“It cannot be right that some ticket offices… are selling roughly one ticket per hour,” he said.

“We need to get those staff out from behind plate glass, on to the platforms, interacting with passengers.”

But in a sign that there could be more trouble to come as a result of the dispute between the RMT, Network Rail and train firms, Mr Johnson said: “We need, I’m afraid, everybody – and I say this to the country as a whole – we need to get ready to stay the course.

“To stay the course, because these reforms, these improvements in the way we run our railways are in the interests of the travelling public, they will help to cut costs for farepayers up and down the country.”

But the modernisation programme is also in the interests of workers because “if we don’t do this, these great companies, this great industry, will face further financial pressure, it will go bust and the result will be they have to hike up the cost of tickets still further”.

That would result in the “disaster” of declining rail use, he warned.

“This Government was elected to do the difficult things and to stay the course,” Mr Johnson said as he urged ministers to support Transport Secretary Grant Shapps.

Downing Street said it was ultimately up to the unions whether there is further industrial action following Saturday’s rail strike.

“That is very much a matter for the unions,” the Prime Minister’s official spokesman said.

“Certainly, we would hope that this week’s disruption would be the last.

“But it is very much one for the unions to decide.”

With the prospect of unions in other parts of the economy taking action over a potential “summer of discontent” as pay fails to keep pace with rising inflation, Downing Street said preparations were in place to mitigate strikes.

“There is certainly a great deal of work going on across government to mitigate any disruption that we might see from strike action,” the spokesman said.

“Clearly any sort of strike will be disruptive but we can take steps to mitigate it.”

The Cabinet meeting was chaired by Mr Johnson a little over 24 hours after undergoing sinus surgery.