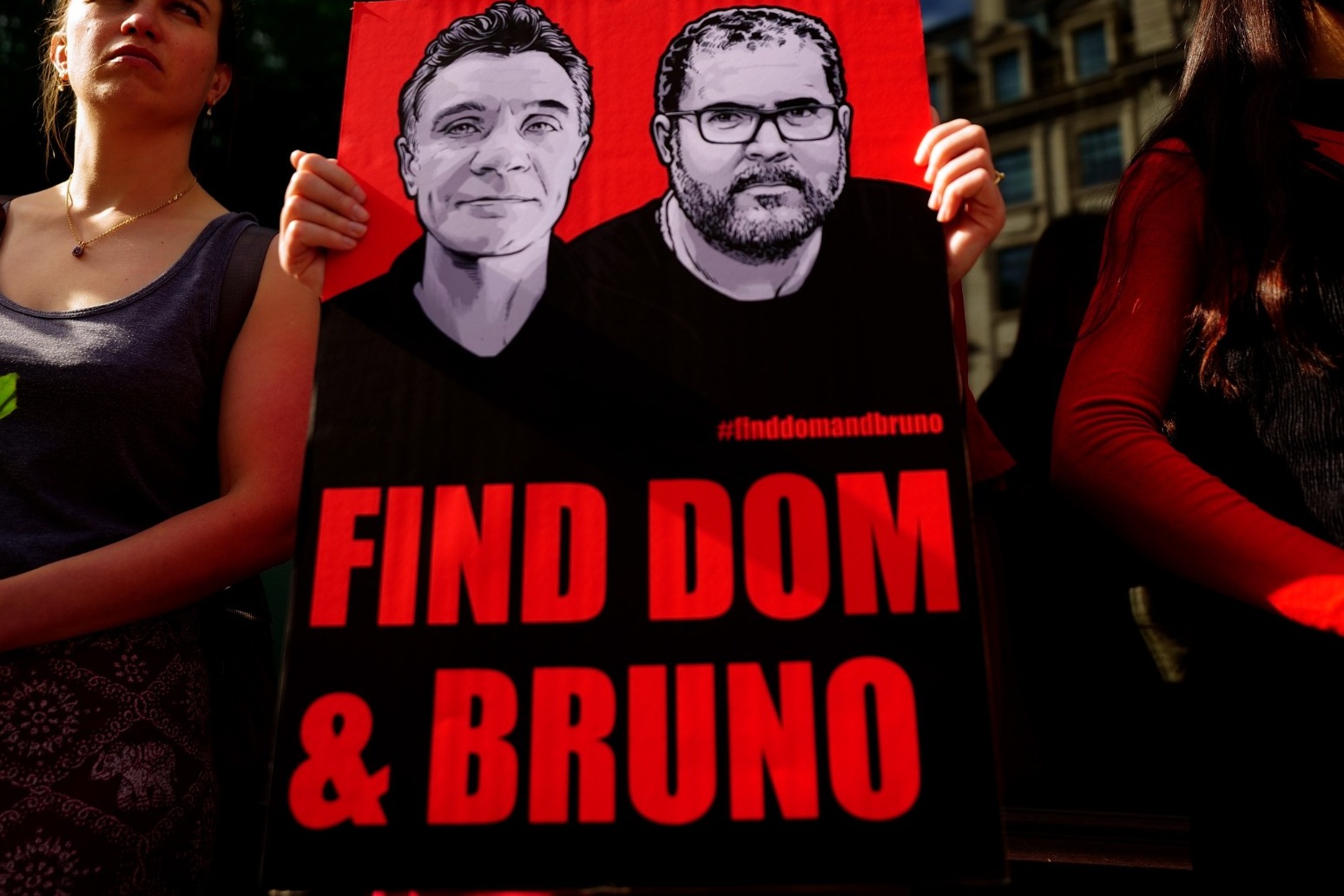 Dom Phillips’ wife has said “now we can bring them home and say goodbye with love” after the bodies of the British journalist and indigenous expert Bruno Pereira were found in the Amazon.

Brazil’s justice minister Anderson Torres said the remains were found near where the pair disappeared on June 5, with police saying a suspect led investigators to the location after confessing to the fatal shooting.

In a statement, Mr Phillips’ wife Alessandra Sampaio said: “Although we are still awaiting definitive confirmations, this tragic outcome puts an end to the anguish of not knowing Dom and Bruno’s whereabouts.

“Now we can bring them home and say goodbye with love.

“Today, we also begin our quest for justice. I hope that the investigations exhaust all possibilities and bring definitive answers on all relevant details as soon as possible.”

The remains had not yet been positively identified, federal police said, adding that other arrests would soon be made in the case.

It comes after former Tory prime minister Theresa May insisted the UK must do “everything it can” to press Brazilian authorities to uncover the truth about the disappearances.

Mrs May made the plea on Wednesday to Boris Johnson in the House of Commons after police arrested a second suspect in connection with the case.

“The minister responsible has raised the issue repeatedly, the search and rescue efforts, with Brazil’s justice and public security minister and what we told the Brazilians is we stand ready to provide all the support that they may need.”

The PA news agency contacted the FCDO early on Thursday for comment on the remains being found.

Earlier, the Brazilian ambassador to the UK apologised to Mr Phillips’ family after they were incorrectly told his body had been found.

According to The Guardian, the family received a call from an aide to the ambassador early on Monday saying their bodies had been discovered tied to trees in the rainforest.

However, Mr Phillips’ brother-in-law, Paul Sherwood, confirmed to the PA news agency on Tuesday that ambassador Fred Arruda had written to the family to say the statement was incorrect.