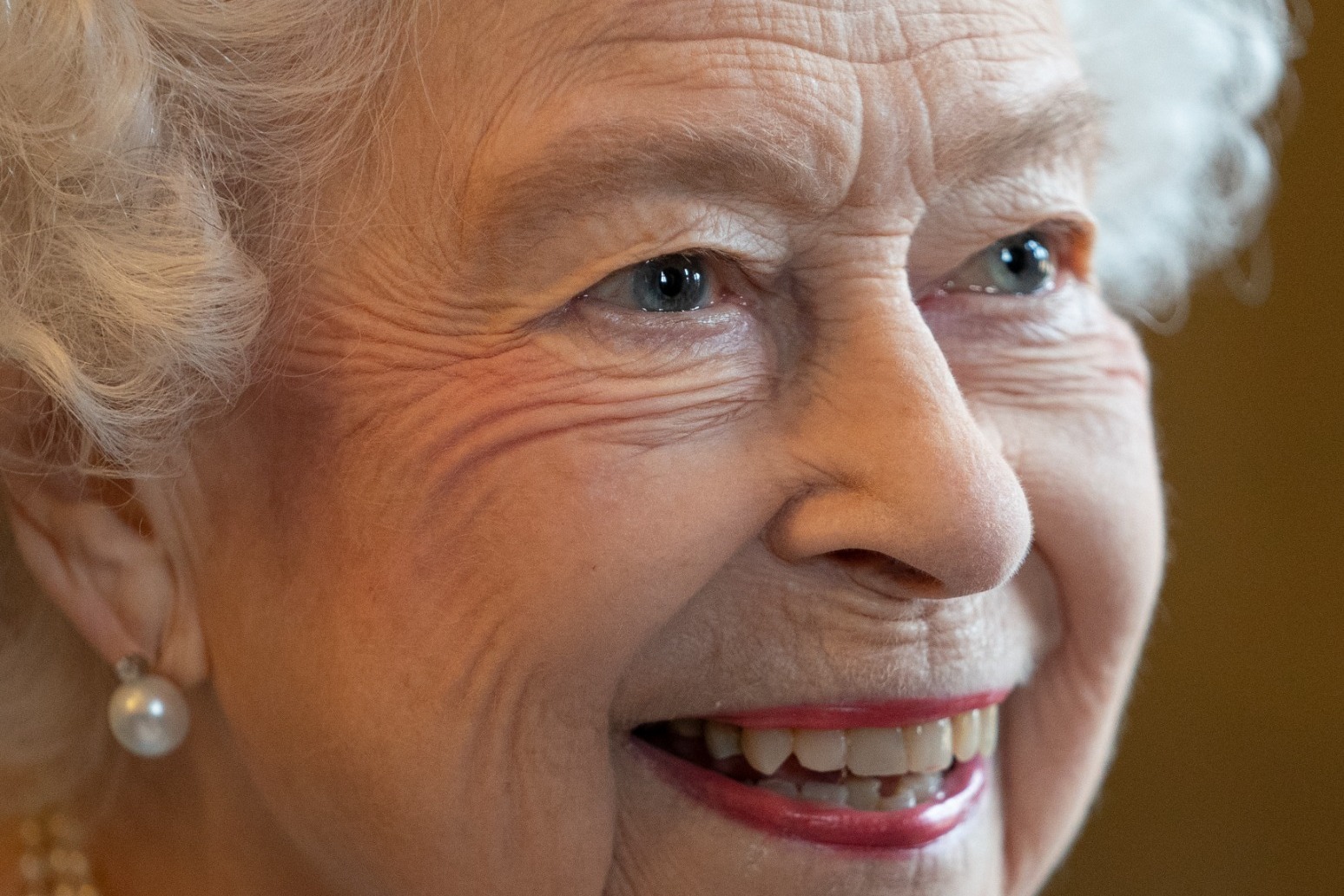 The Queen was on “sparkling” form as she laughed and joked at a celebratory reception on the eve of her Platinum Jubilee.

The Queen was on “sparkling” form as she laughed and joked at a celebratory reception on the eve of her Platinum Jubilee.

The monarch, just hours away from becoming the first British sovereign to reach a historic 70 years on the throne, joined members of the local community in the ballroom of Sandringham House to mark her milestone.

The 95-year-old head of state arrived at the event with a wooden walking stick she rested on sagely as she leant forward to chat to the visitors.

The guests were seated around tables waiting for a tea to be served but stood up respectfully to chat to the Queen.

She cut a cake decorated with the Jubilee emblem to begin her Platinum year.

Among the guests were members of the Sandringham branch of the Women’s Institute, Sandringham Estate pensioners and representatives from two local charities West Norfolk Befriending and Little Discoverers.

Yvonne Browne, vice-president and chairman of the Sandringham WI, described the Queen as being on “sparkling” form.

The event was the largest in-person public engagement the Queen had attended since before her recent health scare in mid October.

Mrs Wood made the Queen laugh when she told the monarch she spent “days and days altering it for Constance Spry and Rosemary Hume”.

Commenting on how the recipe for coronation chicken has likely developed over the years the Queen told Angela Wood: “It’s probably changed because in those days we did some things quite differently.”

Shaun Mason, a junior sous chef, had created tiny bite size morsels of the coronation chicken, chicken with curry spices, apricot in a savoury tartlet, and he carried a tray of his creations into the ballroom and announced they were available to sample.

As the morsels were placed between the Queen and Mrs Wood to try, the room erupted with laughter when the Queen quipped “I’ll go away”, she turned to add: “You can tell me (what you think) when I come back.”

On October 19, the Queen held a Windsor Castle evening reception for delegates for the Global Investment Summit.

But the next day she cancelled a two day trip to Northern Ireland, was secretly admitted to hospital for preliminary tests, before being put under doctors’ orders to rest and only carry out light duties.

Before the pandemic the Queen would visit her WI colleagues at West Newton village hall every year as part of her winter stay on her Sandringham estate in Norfolk.

The Queen’s Platinum Jubilee will be celebrated across the country during an extended June Bank Holiday in honour of a monarch who has left an indelible mark on the life of the nation.

But February 6, the date of the Queen’s accession to the throne, is a poignant period for the Queen, as it is the day her father King George VI died in 1952.

She is already the nation’s longest reigning monarch, and the longest still-serving sovereign in the world.

During the reception the Queen also met representatives from West Norfolk Befriending a charity which aims to reduce the social isolation experienced by the elderly by matching them with trained volunteer befrienders who visit on a regular basis.

And she spoke to members of Little Discoverers which provides early education for pre-school children with movement difficulties and delayed development.