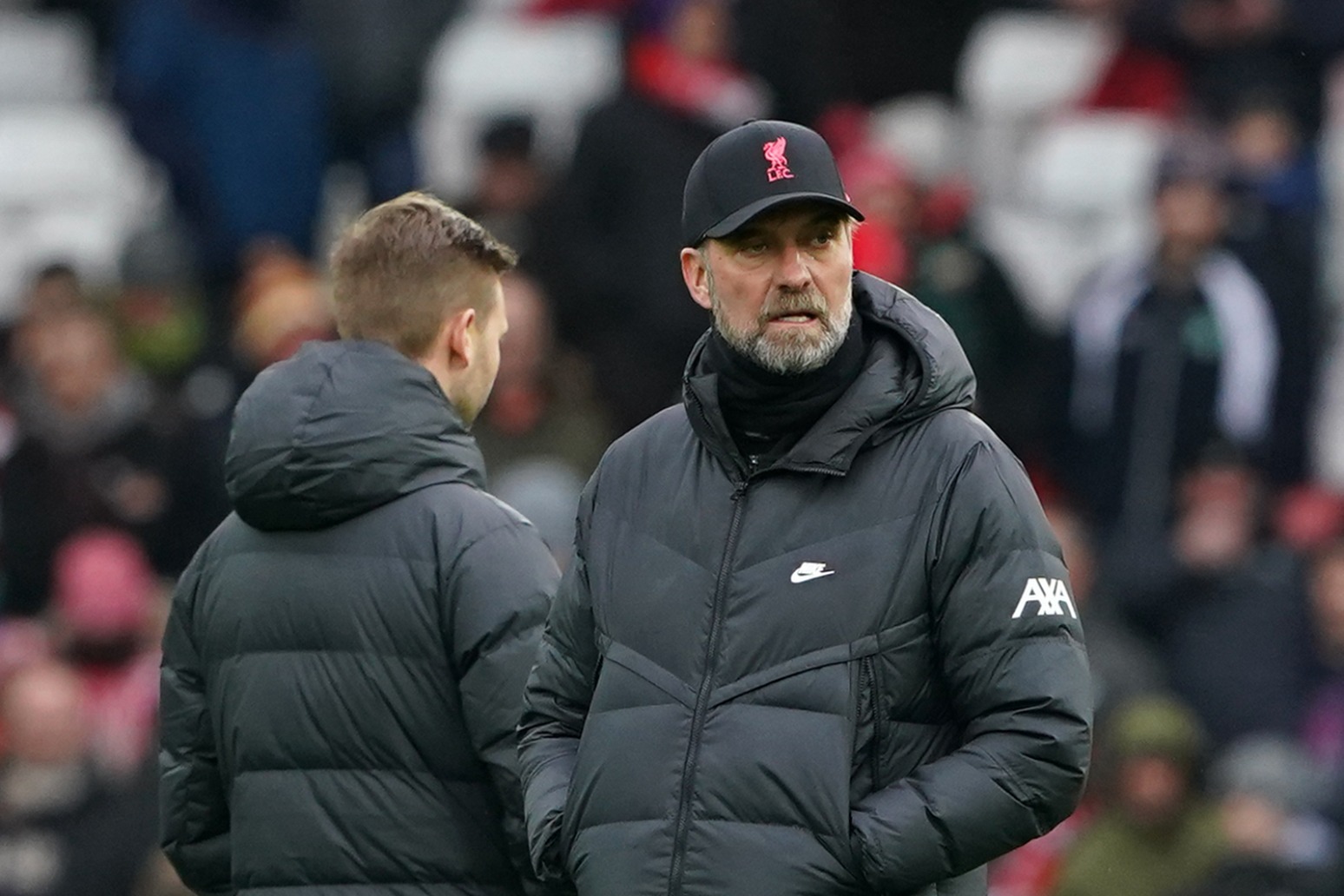 Liverpool manager Jurgen Klopp was delighted with Harvey Elliott’s “fairytale” comeback from a serious ankle injury after the teenager scored his first goal for the club in the 3-1 FA Cup fourth-round win over Cardiff.

The 18-year-old marked his return from almost five months out with a fracture dislocation in September with a brilliant swivelled finish in front of the Kop.

It rounded off the scoring for the hosts after Diogo Jota’s 15th of the season was followed by Takumi Minamino’s low drive – set up by new £37.5million signing Luis Diaz, who gave Anfield a glimpse of what he can offer with an encouraging 30-minute cameo on debut.

“Coming on is a great step back and scoring this nice goal is a proper fairytale (for Elliott),” said Klopp, whose side will face Norwich in the last 16.

“He was over the moon and that is properly touching.

“In my mind I had the situation at Leeds when we lost him with the injury but all the way through he was very patient. The medical department did a great job with him.”

Klopp praised the youngster’s attitude, which he believes could be his best quality.

“Probably his biggest talent is how ready mentally he is out there,” he said. “He is a kid, yes, but on the pitch not so much.

“When he got the injury, the next day or two days later I saw him at the training ground and I was in a worse mood than he was.

“He was like, ‘Come on boss, head up, I will be back’. He is an exceptional talent in a lot of departments.”

Klopp was also pleased with Diaz, who marked his first appearance with an assist to add to the 14 goals and five assists he registered for Porto in 18 appearances this season prior to his move last weekend.

And he was relieved to see what initially looked a potentially serious knee injury be reduced to bruising and a scratch.

“The goal he set up for Taki was absolutely incredible: high press, I love it, and then Taki finished it off,” he said.

“Then then the long ball and the challenge and he goes down holding his knee and we were all shocked. It was a scary moment.

“I looked on the screen and saw everything was fine when he came down but saw the big fella from Cardiff (Aden Flint) standing on his knee.

“It’s red and a little bit open so now he has his first assist and his first little scar.

“I don’t think it will be serious. (On Monday) maybe he feels it more, but nothing serious.”

Cardiff scored a late consolation through substitute Rubin Colwill but Bluebirds boss Steve Morison was left pondering what might have been.

“We came here and were performing pretty well and we shouldn’t be conceding from a set-piece (for Jota’s header),” he said.

“Then two sloppy goals from us. I’m frustrated with those moments but on the whole I think the players did themselves proud.”

Morison had no issue with Liverpool goalkeeper Caoimhin Kelleher’s yellow card for bringing down Mark Harris 20 yards outside the penalty area but felt they should have had a first-half penalty for Ibrahima Konate’s coming-together with the same player.

“I don’t think it was a sending-off, there were too many players around,” he added.

“I was more disappointed Mark Harris didn’t take it around the goalie as the goal was on.

“I think the penalty (incident) in the first half, if that’s outside the box it’s a free-kick, so I’m not so not sure why it should change inside the box.”