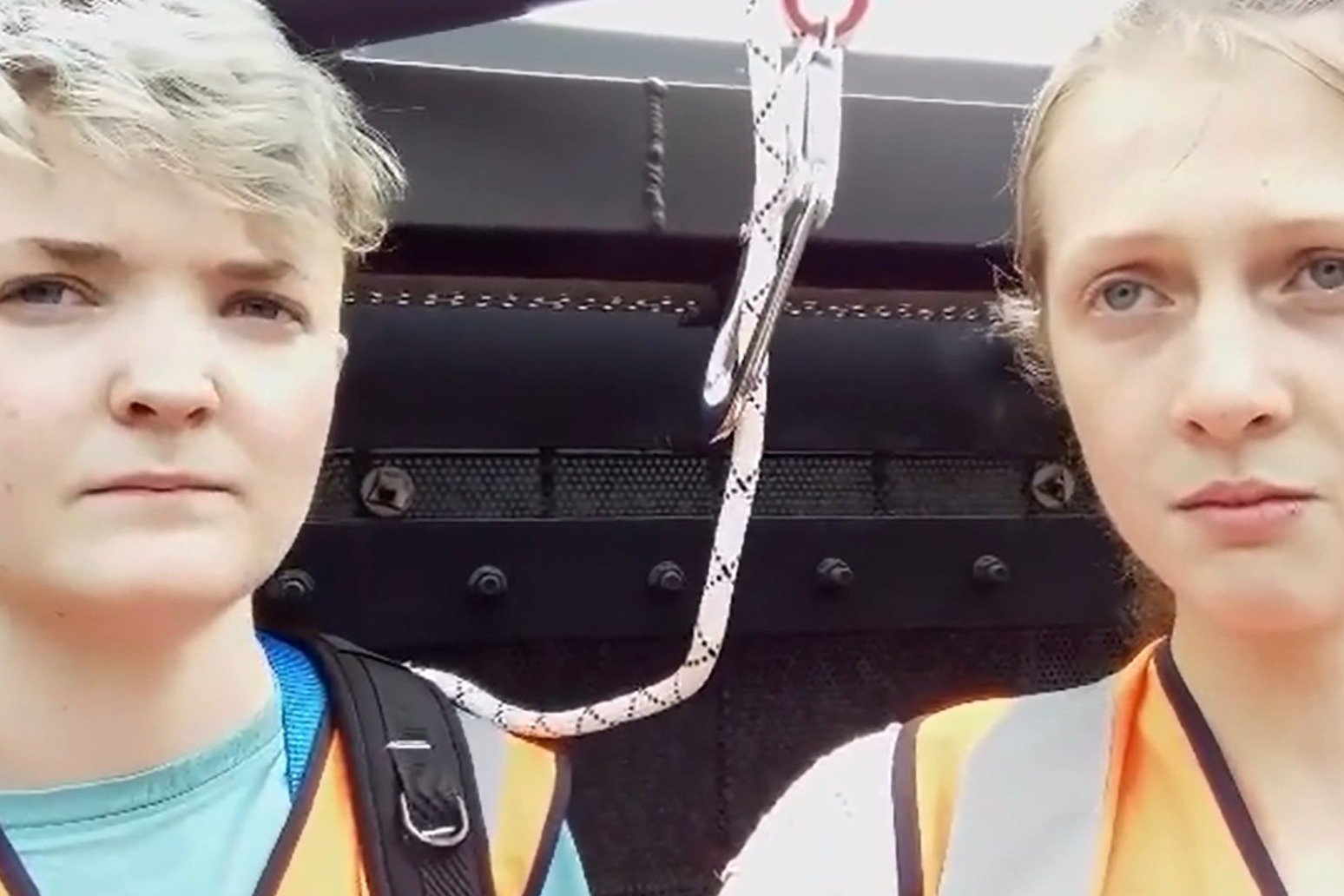 Protesters have climbed motorway signs on the M25 in response to the extreme temperatures in the UK and what they describe as the Government’s “inadequate preparations” for climate change.

One group of activists from Just Stop Oil arrived at junction 10 eastbound near Cobham, Surrey, and began climbing the gantries that support overhead motorway signs.

A travel alert from Highways England on Twitter warned: “There are delays of over an hour on the M25 anti-clockwise in Surrey due to an ongoing Surrey Police led incident within J10 (for A3, Guildford). 3 lanes (of 4) are currently closed.

“If this incident impacts on your planned route, please allow extra journey time as there is over nine miles of congestion on approach. Plan ahead, you may wish to re-route or even delay your journey.”

Surrey Police said: “Officers are dealing with a protester on a gantry on the M25 just past junction 10 of the anti-clockwise carriageway this morning (20 July), and three lanes are currently closed.

“We hope to have the area cleared as soon as possible and will keep you informed of further updates via our social media channels. In the meantime motorists should avoid the area.”

The environmental protest group has said more groups are on their way, as part of planned action between Wednesday and Friday.

A spokesperson for Just Stop Oil said: “The main thing is, we’ve just seen 40 degree temperatures, which have been predicted for decades, maybe it’s happening a bit faster. But it has just revealed how inadequate the Government’s preparations for climate change are and their entire policy, and basically we’re just saying it’s evident now we cannot continue.

“As we’re going on, we need to stop new oil. It’s the first step to ensuring we have a liveable future, and maybe it’s already too late.

“This is something we definitely need to do.”

The group chose the M25 as the site of the action as it is “the place where we confront the carbon economy headlong and bring our resistance into full public view. The M25 has a kind of iconic status as the motorway from hell, doesn’t it? So it’s a reference to that”.

Temperatures reached 40C in the UK for the first time ever on Tuesday, which led to major incidents announced by fire brigades in London, Leicestershire and South Yorkshire as fires broke out across the country in the heat.

The group is demanding that the Government make a “meaningful statement” that it will commit to stop licensing and consents for the exploration, development and production of fossil fuels in the UK, which it says is “the necessary first step to ensuring a liveable future”.

It added that it plans to hold further actions against oil infrastructure in coalition with trade unions, environmental groups and civil society organisations in the coming months.