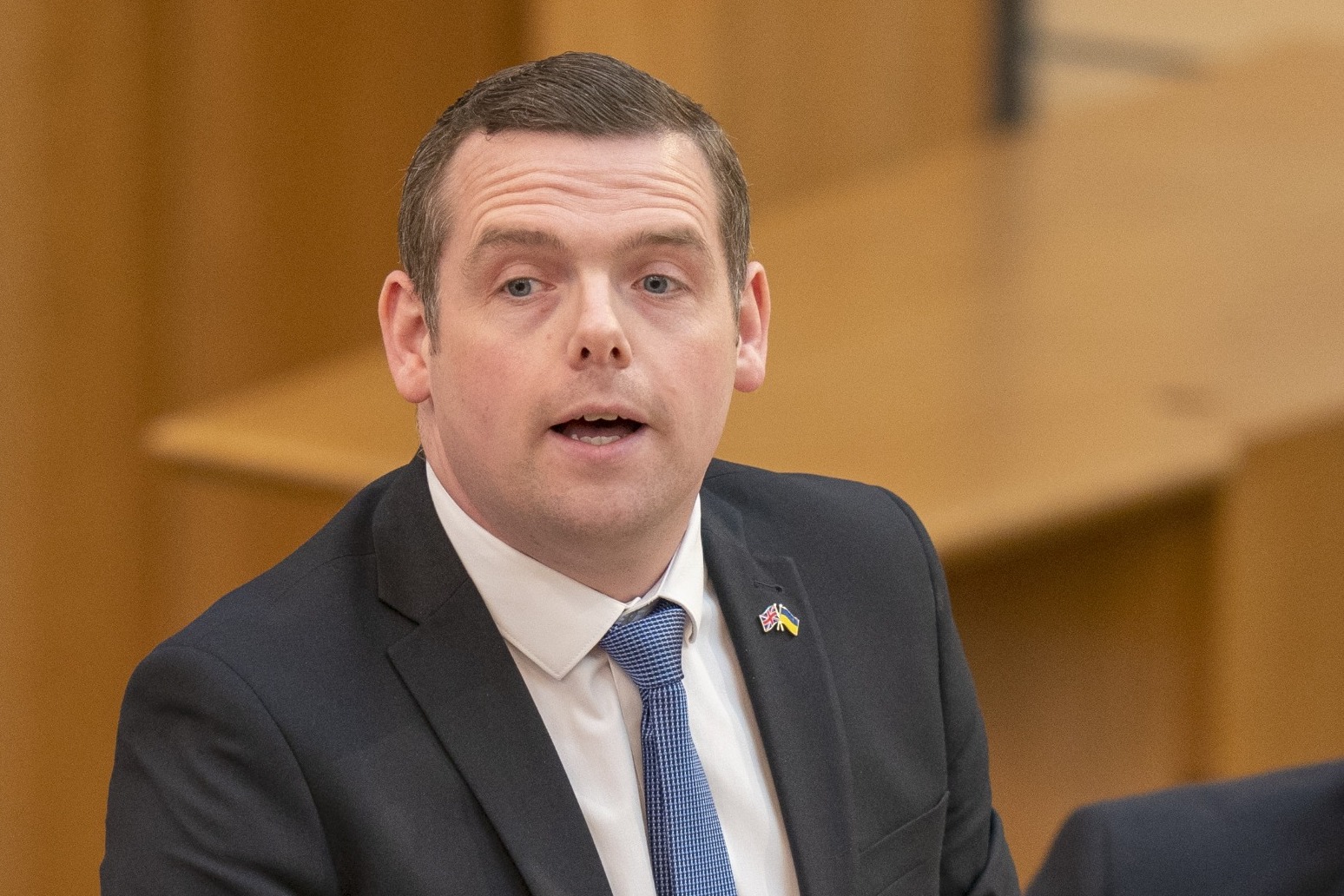 Most of Scotland’s Conservative MPs voted against Boris Johnson keeping his job, with four out of six Tory members of parliament saying they did not have confidence in the Prime Minister.

Mr Johnson has survived a confidence vote in his leadership of the Tory party, with 211 MPs to 148 voting in support of the Prime Minister, but his authority has been dealt a significant blow.

North of the border just two MPs, Scottish Secretary Alister Jack and David Duguid, MP for Banff and Buchan, voted to back the PM.

Douglas Ross, the Scottish Conservatives’ leader, Andrew Bowie and David Mundell were among Tory MPs who said they had no confidence in the PM.

After the vote Mr Jack, MP for Dumfries and Galloway, said the Prime Minister had his full support and he was “very pleased that he has received the backing of a clear majority of the Parliamentary party”.

“We now need to put this behind us, and get on with what really matters – tackling the very real major challenges we face both at home and abroad,” he said.

Earlier in the day Mr Ross said he could not “in good faith support Boris Johnson”.

Tories north of the border followed, with John Lamont quitting as Foreign Secretary Liz Truss’ ministerial aide and pledging to vote against the PM.

“After a difficult couple of years and listening to the views of my constituents, I voted tonight for a fresh start and new leadership for our country,” he tweeted.

Andrew Bowie, MP for West Aberdeenshire and Kincardine, said he also voted against Mr Johnson but, after the result was announced, David Duguid said he was backing the PM.

“Nothing that’s happened in the last 24 hours has changed my opinion on whether or not the Prime Minister needs to resign, so tonight I voted against the motion of no confidence,” he said after the vote.

“With our recovery from the pandemic and the global inflation pressures that have yet to hit us fully, I believe this is in the best interests of the country.”

“If he had any principles or dignity he should quit as Scottish Tory leader. He has made himself look utterly ridiculous by flip-flopping over Boris Johnson’s future and will have no authority or credibility if he tries to cling on,” he said.

When former PM Theresa May faced a confidence vote in 2018 she secured the support of 63% of her MPs – but was still forced out within six months.

Mr Johnson saw 41% of his MPs vote against him, a worse result than Mrs May.

Scottish First Minister Nicola Sturgeon tweeted: “That result is surely the worst of all worlds for the Tories.

“But much more importantly: at a time of huge challenge, it saddles the UK with an utterly lame duck PM.

“And for Scotland, it just underlines the democratic deficit – only 2 of (Scotland’s) 59 MPs have confidence in the PM.”

Alex Cole-Hamilton, leader of the Scottish Liberal Democrats, called Boris Johnson a “liar and lawbreaker who isn’t fit to remain Prime Minister for a moment longer”.

He added that people ” won’t forget the riotous parties, Douglas Ross’ U-turns or being taken for granted”.