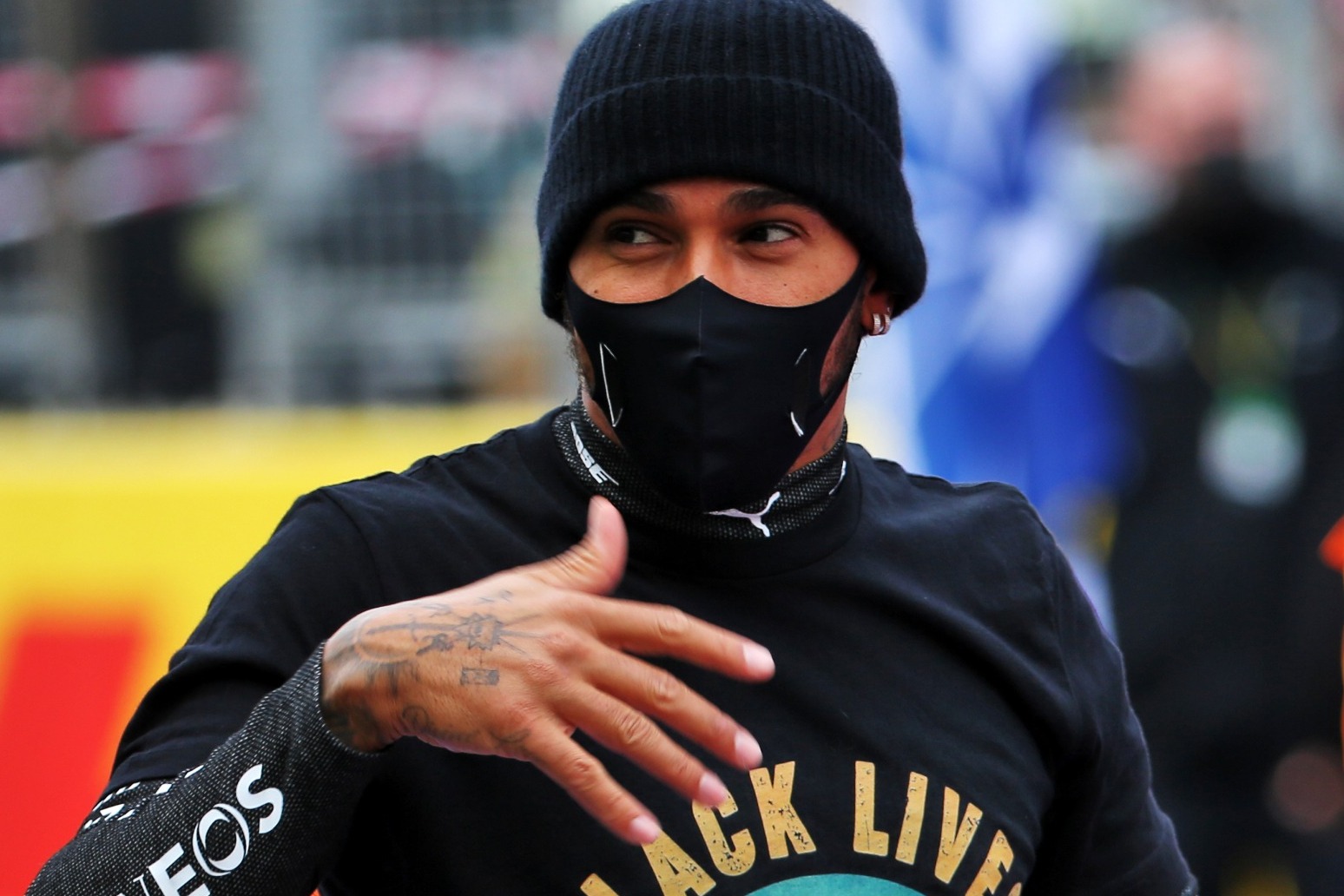 Sir Lewis Hamilton has said the conviction of a former police officer for the killing of George Floyd “marks a new dawn in the fight for racial justice” – but warned the battle “is not over”.

On Tuesday, Derek Chauvin, 45, was found guilty of second-degree murder, third-degree murder and manslaughter following a three-week trial in Minneapolis.

Chauvin kneeled on Floyd’s neck for more than nine minutes last May.

Hamilton, 36, said he was left furious by Floyd’s death, and last year equalled Michael Schumacher’s record of seven world championships against the backdrop of his personal fight against racism.

Hamilton, who is the sole black driver in Formula One, continues to kneel ahead of races in the hope of sparking “uncomfortable conversations”.

Responding to Tuesday’s guilty verdicts, the British driver wrote on Instagram: “JUSTICE for George! The emotions I feel right now are hard to describe. Derek Chauvin has been found guilty. This is the first time that a white officer has been convicted for killing a black man in Minnesota. This is monumental, George’s death is not in vain.

“The result of the Derek Chauvin trial today is the right one. Convicting him of all three charges marks a new dawn in the fight for racial justice.

“This trial was an opportunity for the justice system to hold Derek Chauvin accountable for his actions when he took the life of George Floyd. We can now breathe a collective sigh of relief that the right decision has been met, and that justice has been served.

“Today’s outcome is a sombre victory for George and his family, but it shows that our efforts to promote justice are not in vain. Black voices have been heard and action is happening. When we stand together, we can make a difference.

“But this is just one step on the path towards a more equal society. Since George’s death, so many other black people have died at the hands of the police and we must ensure the momentum of today continues. The fight isn’t over, and there is more to be done, but we can consider today a glimmer of hope.

“My thoughts and prayers are with George’s family. I hope they will feel a sense of peace from this result. Black Lives Matter.”

Damon Hill, the 1996 world champion, hailed Hamilton for his impact on Formula One.

Hill said: “F1 will never be the same thanks to Lewis. He has forced us to see the injustice black people suffer everyday.

“He’s been a true champion. Living is easy with eyes closed, misunderstanding all you see.”