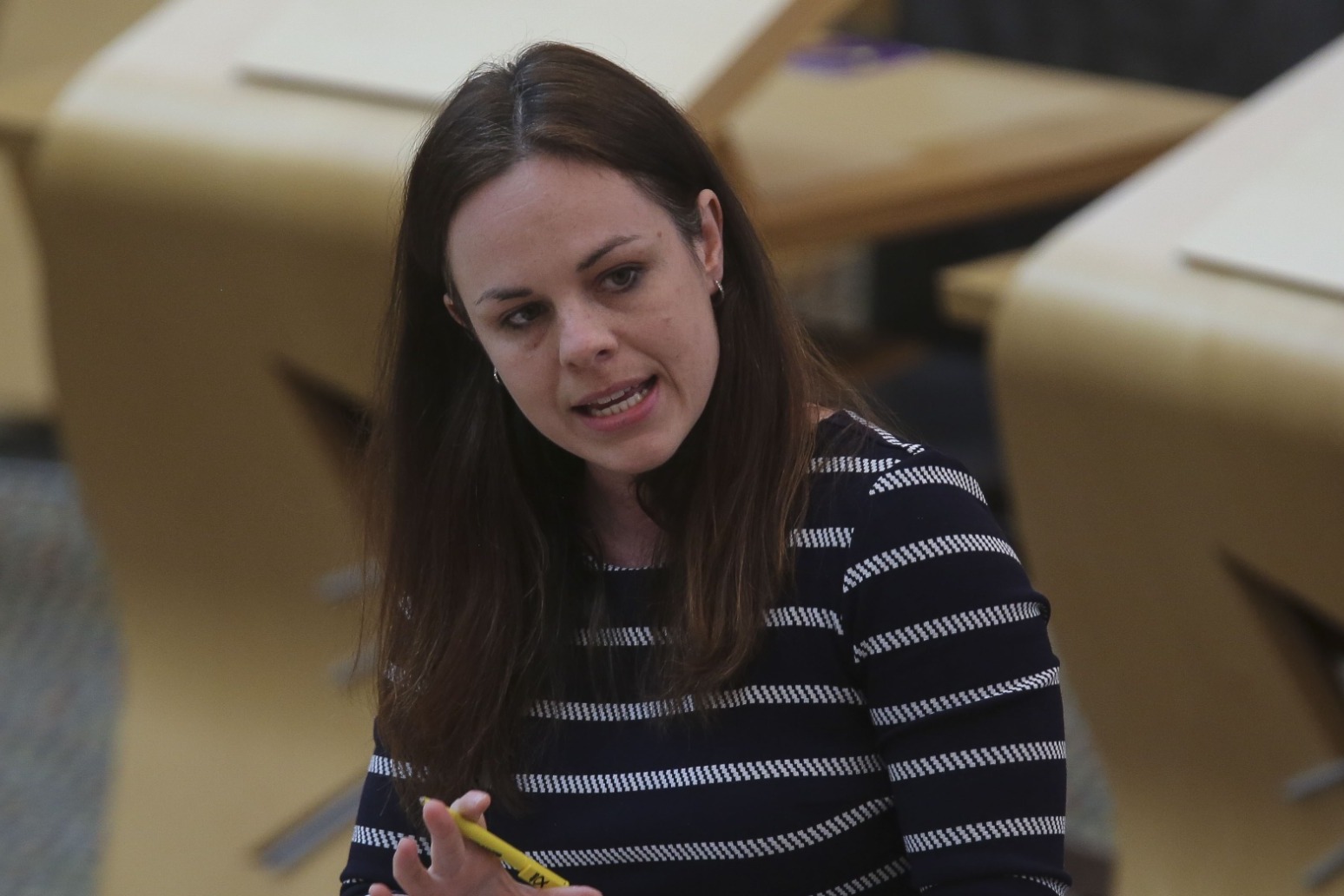 Arguments for Scottish independence are strengthened by the pandemic, Scottish Finance Secretary Kate Forbes has claimed.

The deficit was 22.4% of GDP in 2020/21, the highest ever recorded by the Government Expenditure and Revenue Scotland (Gers) figures.

Opponents of independence say the higher public spending shows the extent of the UK Government’s support during the pandemic.

But speaking to journalists following the release of the Gers figures on Wednesday, Ms Forbes said: “I think the arguments for independence are strengthened through the pandemic.

“Three years ago, when the figures for the notional deficit were around 7% or 8%, similar questions were asked around whether or not Scotland could truly be successful as an independent country.

“The UK’s deficit right now – as a result of an unprecedented shock – is about 14%, the highest in Europe.

“The fundamental difference is that we assume the UK Government will manage that position down, because of the levers at its control.

“Partly growing the economy, and partly managing its finances in a prudent and a sustainable manner.”

Questioned whether Scotland was better-off financially as part of the United Kingdom – with public spending on Scotland £1,828 higher per person greater than the UK average – Ms Forbes added: “I’ve repeatedly said that I’m grateful for the additional money that’s come from the UK Government.

“That’s been our only source because we can’t borrow, like any other country would borrow, to fund these extraordinary measures.

“So the only source is the UK Government treasury borrowing, but be under no illusions, the Scottish people will pay back that borrowing just as much as anybody in any other part of the UK.

“This is not free money, this is not international aid bestowed upon us by an over-generous UK Government. This is money they have borrowed to fund interventions because they have held on to the powers entirely themselves.”

She said the Scottish Government will continue to focus on growing the economy but the impact of coronavirus makes it difficult to forecast the future.

Discussing how an independent Scotland would manage the deficit, she said: “There would be decisions made in the immediate aftermath of an independence vote, during a transition, as to how we manage our public finances.”

Asked how quickly the deficit could be reduced, she said: “This is not the Scottish Government’s deficit, this is a notional deficit, where 40% of spend and 70% of tax is reserved to the UK Government

“When it comes to the event of independence, we would know what our starting position is and want to manage our finances in a sustainable fashion as quickly as possible.”

Pressed on the cost of borrowing for an independent Scotland, she said the new country would have to establish infrastructure such as a debt management office and receive a credit rating.

She acknowledged “uninhibited borrowing on open markets” would be a “very different position” to her request for more borrowing powers from the UK’s national loans fund.

Speaking to the PA news agency, Ms Forbes said becoming independent had not caused “economic turmoil” for other countries and added: “There is a transition process to go through to become an independent country – you need a central bank, you need to establish your infrastructure.

“We are just as strong when it comes to the fundamentals of our economy as any other small advanced economy.”