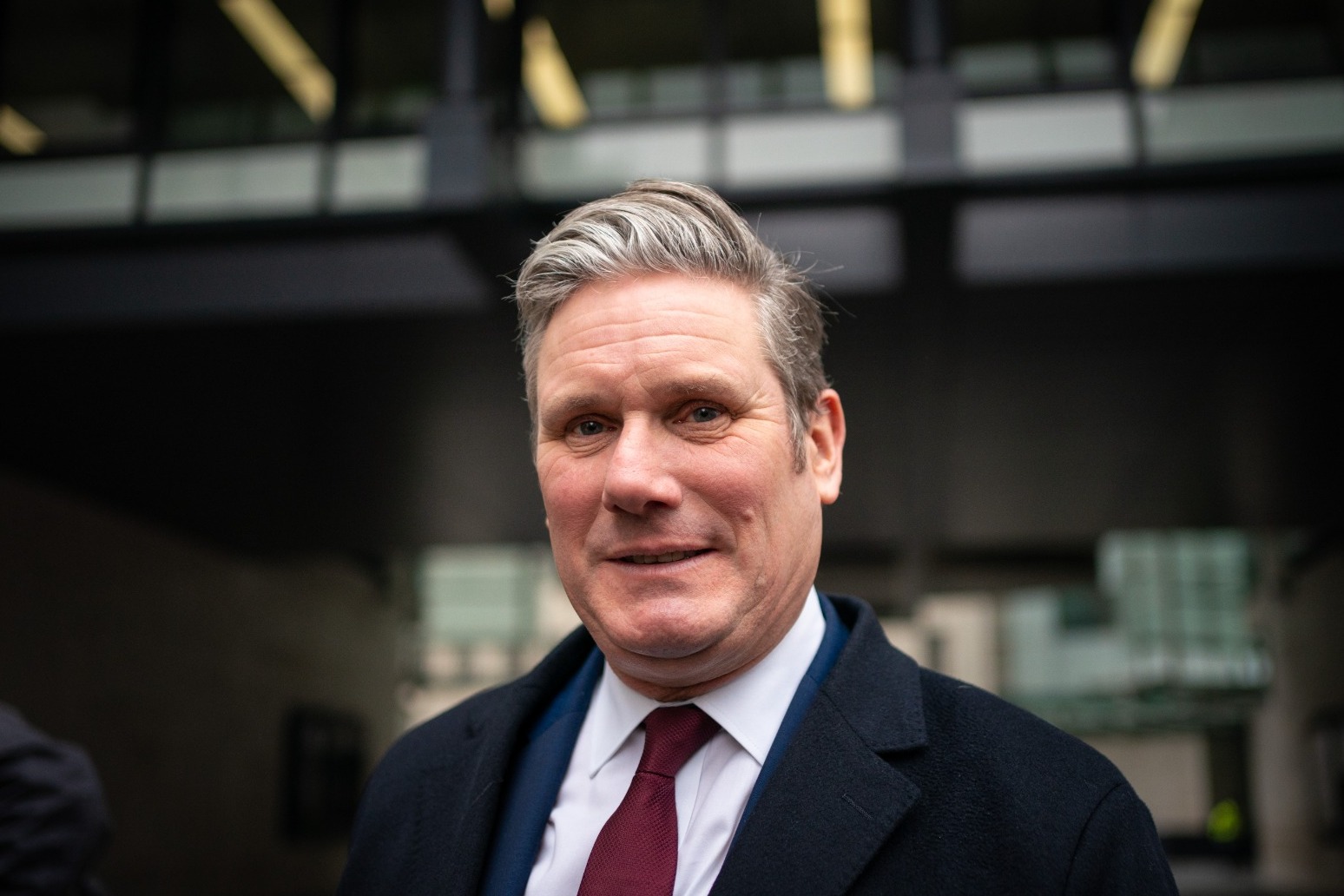 Sir Keir Starmer said the Government had been “paralysed” by the looming Sue Gray investigation and the subsequent police inquiry into “partygate” as he called for both reports to be published as soon as possible.

The Labour leader said Boris Johnson was unfit for office and the scandal about rule-breaking in Downing Street was distracting him from tackling the cost of living crisis.

He also warned that Boris Johnson was damaging the United Kingdom and the union, with every day he remains as Prime Minister increasing support for Scottish independence.

Calling for the Sue Gray report into rule-breaking parties at Downing Street to be released in full as quickly as possible, the Labour leader said he wanted it with “no redactions, no edits, no bits left out”.

Speaking on a visit to Glasgow’s the Forge Market to discuss soaring energy bills and the impending National Insurance increase, Sir Keir said: “What I want to see is Sue Gray’s report in full and the investigation finished as quickly as possible.

“Because we’re in this situation where the whole of Government is paralysed because the police are looking at what the Prime Minister was getting up to in Downing Street.

“On the one hand, you’ve got people really worried about their bills and you’ve got these investigations going on into what the Prime Minister was up to.

“He has paralysed the Government so the sooner we get both the full report and the investigation completed, the better.”

Commenting on whether he feels the Metropolitan Police were right to ask Sue Gray to make only “minimal reference” to any potentially criminal events being investigated by the force, he added: “We’ve got a criminal investigation into the behaviour of the Prime Minister and what went on in Downing Street.

“There are bound to be process issues along the way, but this is caused by one thing, and that’s the behaviour of the Prime Minister.”

Minister and his wrongdoing.”

He continued: “You have mixed emotions for people. People are angry they’re in grief about what what they’ve been through in the last two years while the Prime Minister is breaking the rules.

“But now there’s added frustration that while they’re struggling with their bills, we’re stuck with arguments about whether the report can be published in full but investigations can be completed.

“All because this Prime Minister is unfit for office.”

Reflecting on whether Mr Johnson was increasing support for Scottish independence, Sir Keir said: “The more that anybody sees Boris Johnson, the more they’re frustrated at the fact that, through his misbehaviour, we now have a civil service investigation and a criminal investigation into our prime minister and into what went on in Downing Street.

“That the whole of Government is paralysed and not focused on the things that in Scotland most people here talking about: the cost of living, the price hikes, the energy price hikes, their bills are going up, they’re really worried about inflation and they know that the Government’s about to whack them with more tax – their focus is completely wrong.”

He added: “Scottish Labour is making a very, very powerful argument as we come out of this pandemic.

“We’ve been through something the likes of which we’ve never seen before and what we, in the Labour Party, say is, ‘let’s harness that, let’s rebuild and reform as we come out of this’.

“Let’s not just go back to reopening the old arguments and old divisions.”

“Every day he sits in that chair he degrades the office of Prime Minister.

“The United Kingdom, frankly, deserves better than that charlatan.

“But the the key point to make here is we have a choice – we can either choose to continue to oppose the Tories or we can replace the Tories and only Labour can do that and we’re going to make that case over the coming weeks and months.”