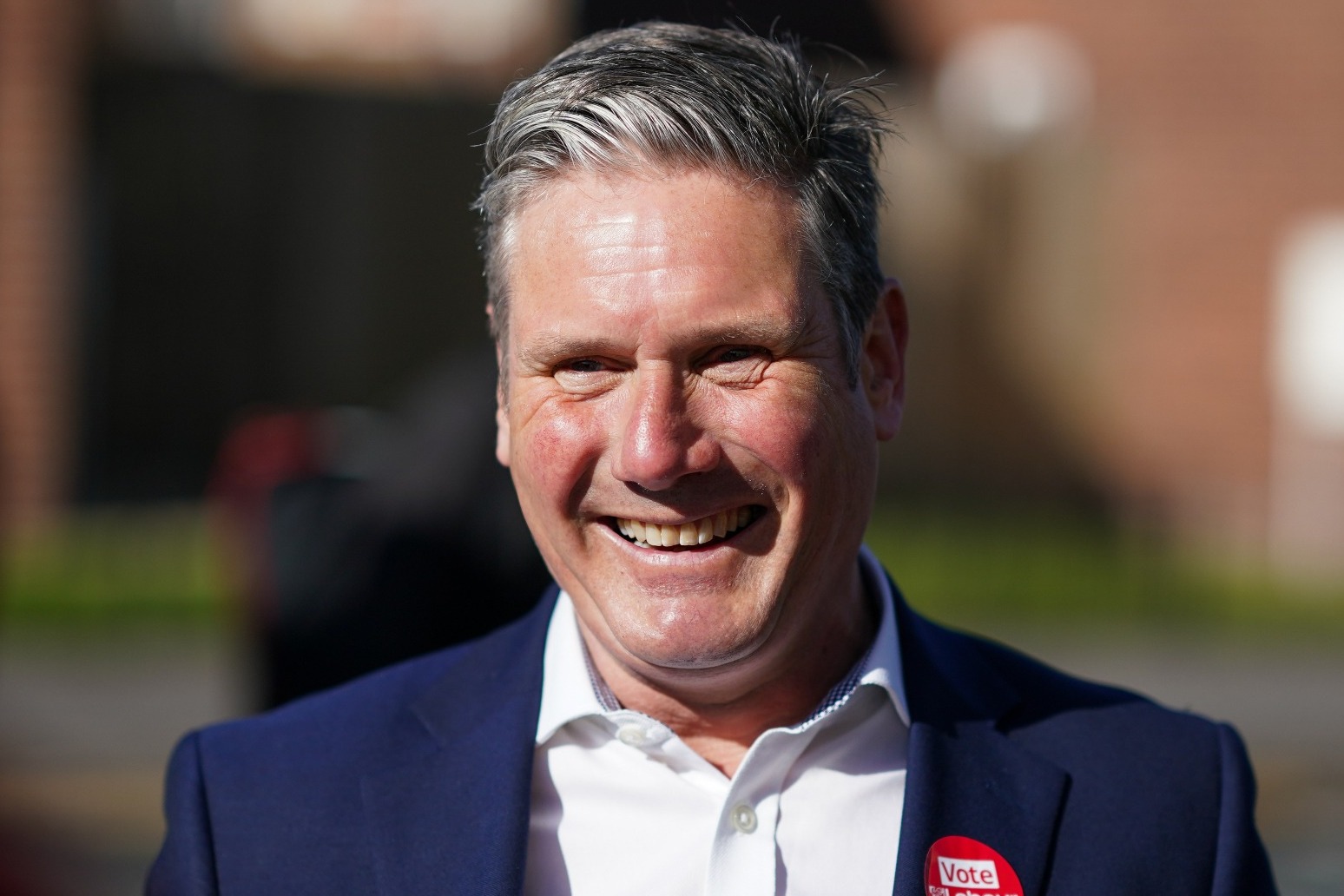 Sir Keir Starmer has said he would be “chucked out” of the Commons if he took his personality from the football pitch into Parliament.

In a wide-ranging interview with Piers Morgan, the Labour leader spoke about his childhood, the death of his mother and his strained relationship with his father.

And he pledged: “I will be different with my kids.”

But politically, he said now was a “pivotal moment” for both him personally and his party.

Journalist Mr Morgan told Sir Keir, in an episode of Life Stories to be aired on Tuesday, that his friends described him as “loud” and “garrulous” and that he was “a guy who plays football every Sunday and kicks seven bells out of people, beating his chest like he’s Patrick Vieira”.

He said: “Let me get out there, let me take the mask off, because we’ve been living in restrictions.

Asked what he would say to Boris Johnson right now, he said: “Move over, we’re coming.”

But asked what he would say to the Prime Minister on the football pitch, he said: “I’d probably knock him over.”

On Labour’s prospects, Sir Keir said: “I’m not going to pretend the last few weeks have been easy, but there’s a huge emotion that runs through the Labour Party, and we lost in Hartlepool, we lost badly.

“But when you want to win, it hurts to lose. There’s emotion there.”

He said his three top priorities were a “first-class education for every child. Second thing, to make sure our economy deals with insecurity and inequality. A third thing is to put real dignity into older age”.

He added: “The biggest change we need to make is a Labour Party that stops looking in on itself and looks out to the electorate, to the voters.”

And he said already he was proud of his work to get rid of anti-Semitism from the party.

“We had to make changes, so on things like anti-Semitism, it was really important to me and to the party, I think, to the country, that we dealt with anti-Semitism,” he said.

“We’ve begun to do that, taken some really, really important steps. We’re turning the party around.”

During the interview Sir Keir refused to say whether he had ever taken drugs, despite Mr Morgan asking him several times.

“I spent my university days in the library,” he said.

In his personal life, Sir Keir has said it was one of his big regrets that his mother could not see him elected as an MP.

Sir Keir’s mother, Josephine, died just two weeks before he was elected for Holborn and St Pancras in 2015, and he described the difficulty she faced living with Still’s disease, an incurable autoimmune condition.

“It’s a disease that attacks your joints,” Sir Keir said.

The illness meant she spent many years in and out of hospital and by 2015 Sir Keir said: “You have to understand, she was so ill by then.

“That was the stage of her life where she’d had her leg amputated. She couldn’t move really. She couldn’t use her hands, she had to be fed, she couldn’t speak, couldn’t communicate.

“And I’d have loved her to have been there, but she was in a terrible way by then, a terrible, terrible place.

“One of my biggest regrets is that our kids never knew her, because by the time they were born, she was incapable of moving, speaking, or being who she was. And she was broken by then.”

Speaking through tears, Sir Keir said he did not get the chance to say all he wanted to say to his mother before her death. Asked what he would have liked to have told her, he said: “I love you.”

And he said his father Rodney “lived but he didn’t recover” from her death, and lived in an outhouse on the family’s property, where they had both stayed in her final years.

“After she died, my dad retreated into this outhouse, where he slept there and he put all of the family belongings there.

“He had my mum’s wedding ring next to him on his bed, and his pictures of my mum, like a shrine in a way, almost. But something had gone out for him.

“In losing my mum, he got ill. He got cuts to his legs, and then that got blood poisoning in, and he got worse and slightly delirious, and we had to take him to hospital, and in that time he stopped trying to fight, and tragically died at the hospital.”

Sir Keir described his father as having a “real difficulty expressing his emotions”, and said he only once told him he was proud, after he passed his 11-plus exams.

“As I was growing up, there was a distance,” he said. “And what I’ve learned from my dad is, obviously a sense of duty, a strong sense of pride and dignity in work.”

He added: “I will be different with my kids.”