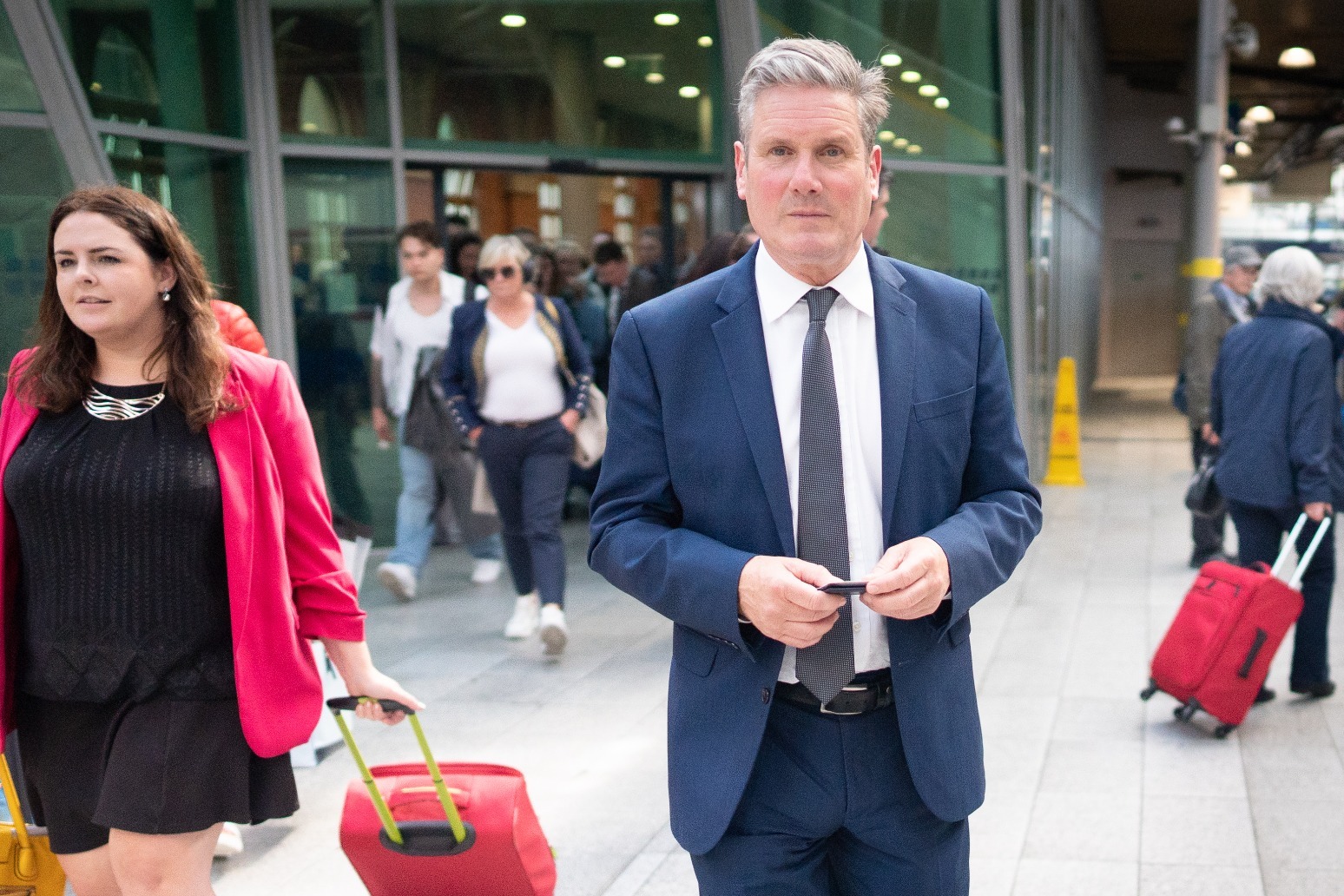 Sir Keir Starmer is to meet Northern Ireland political leaders amid a deepening row over post-Brexit trading arrangements for the region.

He is also expected to meet US consul general Paul Narain and go on a walkabout in Belfast to view changes in the city since the Good Friday Agreement.

Sir Keir worked in Belfast when he was a human rights adviser to the Northern Ireland Policing Board between 2003 and 2007.

While in the city, along with shadow Northern Ireland secretary Peter Kyle, he is expected to call for compromise and negotiation to end the political deadlock over the return of the powersharing executive.

The Northern Ireland Protocol will also feature in discussions, with the UK Government proposing controversial legislation to override parts of the treaty.

In Dublin on Thursday, the UK Opposition leader accused the Prime Minister of taking a “wrecking ball” to relationships with Ireland and the EU with his controversial plan to unilaterally scrap aspects of the post-Brexit trading arrangement.

On Thursday evening, Sinn Fein vice president Michelle O’Neill warned the UK Government against unilateral moves to override the protocol during an address to party members in Belfast.

Ms O’Neill said: “Boris Johnson knows that to gamble the protocol is to breach international law and to jeopardise the British Government’s agreement with the EU on their withdrawal and future trading relationship, with colossal political and economic impact.

“The threat of unilateral action by the Tories to legislate and breach international law serves nobody’s interests, anywhere, at any time.”

At the same time, DUP leader Sir Jeffrey Donaldson was addressing a party meeting in Kilkeel, Co Down, where he said there is a “unity of purpose within unionism in relation to the Northern Ireland Protocol”.

He added: “Even opinion polls show that the vast majority of unionists support our stance that the protocol must be resolved before devolution can be restored.”

The DUP has refused to allow the powersharing Assembly to meet or an executive to be formed as part of its protest against the protocol, which has created a trade border in the Irish Sea.