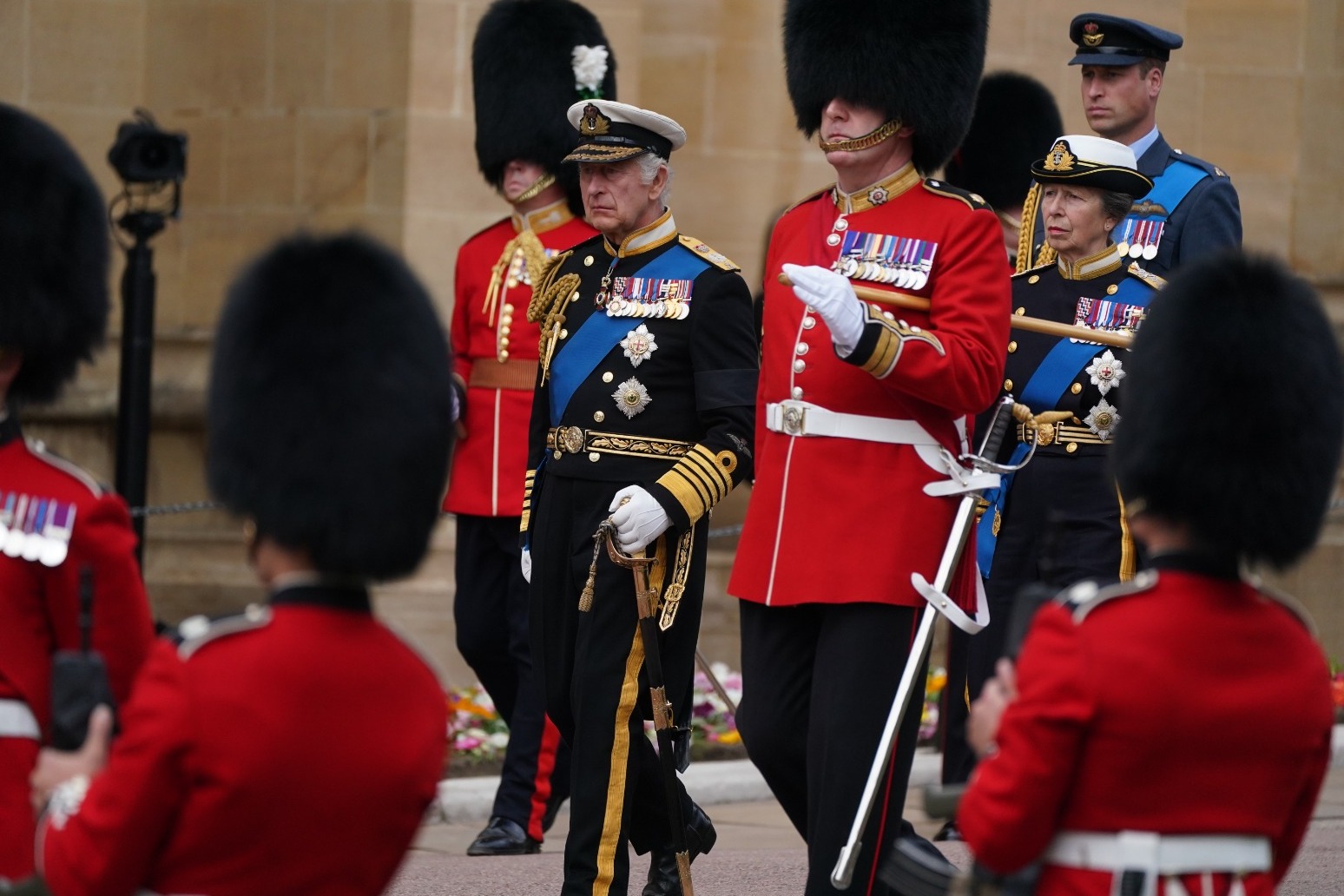 The King is reportedly planning a “less expensive” coronation ceremony than his mother’s and a “slimmed down” working monarchy as an acknowledgement of Britain’s cost-of-living crisis.

The Daily Mirror quotes a royal source as saying the new monarch’s coronation would be “shorter, smaller and less expensive” than the Queen’s ceremony in 1953.

The source told the paper: “The King is very aware of the struggles felt by modern Britons so will see his wishes carried through that although his coronation ceremony should stay right and true to the long held traditions of the past, it should also be representative of a monarchy in a modern world.”

A date for the ceremony has not yet been announced, but May and June 2023 are possibilities.

The paper was also told Charles had “long been an advocate of a streamlined or slimmed down monarchy” and may reduce the number of working royals.

“He has already spoken of his wish to continue his mother’s legacy and this includes continuing to recognise what the people are experiencing day by day,” the royal source added.

The move has strong public support, according to a poll commissioned by the Daily Express.

Some 65% of survey participants backed the idea, with only 7% opposed.

The Queen’s death marks a huge moment of transition for members of the royal family as they take on new roles, titles and responsibilities.

The Express reports the number of working royals could be cut to seven, which it said would likely be the King, Queen Consort, Duke and Duchess of Cornwall and Cambridge, the Princess Royal, and the Earl and Countess of Wessex.

The paper’s survey of 2,351 Britons also found that reducing the cost of the monarchy was the public’s second biggest royal priority, after giving support to environmental issues.

The King is believed to have flown to Scotland on Tuesday with the Queen Consort to grieve privately, as the royal family continues its period of mourning for the late monarch.

Charles decreed on September 9, the day after the Queen died following her 70-year reign, that a period of mourning would be observed until seven days after the funeral.

Plans for his first diplomatic trip outside the UK as King are focusing on France over Commonwealth countries, according to a report in The Daily Telegraph.

The paper reports no plan has been finalised, but writes that a trip across the Channel has been considered as an opportunity to build relations with Europe.

The Queen was laid to rest together with the Duke of Edinburgh on Monday evening in a private service attended by the King and the royal family, which followed her state funeral at Westminster Abbey and committal service in Windsor.

Buckingham Palace said the inscription on the ledger stone in the George VI Memorial Chapel now has the names of the Queen, her parents and Philip, along with their years of birth and death.